When Chandler Jones realized she was pregnant during her junior year of college, she turned to a trusted source for information and advice.

“I couldn’t imagine before the Internet, trying to navigate this,” said Jones, 26, who graduates Tuesday from the University of Baltimore School of Law. “I didn’t know if hospitals did abortions. I knew Planned Parenthood did abortions, but there were none near me. So I kind of just Googled.”

But with each search, Jones was being surreptitiously followed – by the phone apps and browsers that track us as we click away, capturing even our most sensitive health data.

Web searches. Period apps. Fitness trackers. Advice helplines. GPS. The often obscure companies collecting our health history and geolocation data may know more about us than we know ourselves.

For now, the information is mostly used to sell us things. But in a post-Roe world – if the Supreme Court soon reverses the 1973 decision that legalized abortion, as a draft opinion suggests it may – pregnancies could be surveilled and the data shared with police or sold to critics or vigilantes.

“The value of these tools for law enforcement is for how they really get to peek into the soul,” said Cynthia Conti-Cook, a Ford Foundation technology fellow. “It gives the mental chatter inside our heads.”

And our digital trail only becomes clearer when we leave home, as security cameras, license plate readers and other tools track our movements. Their development has raced far ahead of the laws and regulations that might govern them.

For myriad reasons, both political and philosophical, data privacy laws in the US have lagged far behind those adopted in Europe in 2018.

Until this month, anyone could buy a weekly trove of data on clients at more than 600 Planned Parenthood sites around the country for as little as $160, according to a recent Vice investigation. The files included approximate patient addresses (derived from where their cellphones “sleep” at night), income brackets, time spent at the clinic, and the top places people visited before and afterwards.

It is all possible because HIPAA, the 1996 Health Insurance Portability and Accountability Act, protects medical files at your doctor’s office but not the information that third-party apps and tech companies collect about you.

The surveillance capabilities alarm people who support abortion rights and fear what is to come if Roe v. Wade is overturned.

Women of colour like Jones, along with poor women and immigrants, could face the most dire consequences if Roe falls, since they typically have less power and money to cover their tracks. They also tend to have more abortions, proportionally, perhaps because they have less access to health care, birth control and, in conservative states, schools with good sex education programs.

A few states are starting to push back, setting limits on tech tools as the fight over consumer privacy intensifies.

Massachusetts, through a legal settlement, stopped a Boston-based advertisement company from steering anti-abortion smartphone ads to women inside clinics that offer abortion services there.

In Michigan, voters amended the state Constitution to require police to get a warrant before searching someone’s data. And in California, voters passed a sweeping digital privacy law that lets people delete the data that companies collect about them.

Still, the burden to protect one’s personal data lies mostly with the consumer, who must wade through complex privacy notices and user settings.

Nathan Freed Wessler, a deputy director with the ACLU’s Speech, Privacy, and Technology Project, said there are “very, very few people who have the savvy to do everything” needed to protect themselves.

Digital privacy was the last thing on Jones’s mind when she found herself pregnant. She and her boyfriend both had ambitious career goals. She was in crisis mode.

“When I was going through this, it was just survival mode,” said Jones, who took part in a march Saturday in downtown Baltimore to support abortion rights.

And while she has started to speak out about her abortion, many people do not want the secrets they spill online exposed. The same tracking that might let slip what you are buying your spouse for Christmas could reveal that someone is gay, or pregnant or seriously ill. It can also be used to set life insurance rates, consider bank loans and weigh hiring decisions, experts said.

The concerns are mounting, and have forced Apple, Google and other tech giants to begin taking steps to rein in the sale of consumer data. That includes Apple’s launch of its App Tracking Transparency feature, which lets users block apps from tracking them.

Abortion rights activists, meanwhile, suggest people in conservative states leave their phones at home or turn off the location services when they seek reproductive health care, and study the privacy policies of health apps they use.

“Literally, because I have my cellphone in my pocket, if I go to a CVS, they know I went to a CVS,” said Jones, the soon-to-be lawyer. “I think the privacy right is such a deeper issue in America [and one] that is being violated all the time.” 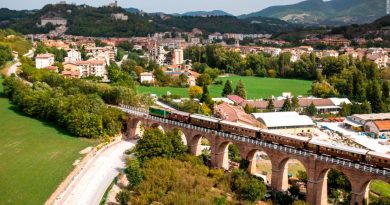