Russia has promised less military activity around Kyiv, with a stated aim of building trust in the diplomatic process, according to the Kremlin.

It says it is now focusing on the east of the county, but amid fresh accusations that Moscow has committed atrocities near the capital, analysts are far from certain that Russia can be trusted regarding its new strategy.

On March 29, after talks with Ukrainian negotiators in Istanbul, Russia’s Deputy Defence Minister Alexander Fomin announced that “in order to strengthen confidence”, the decision had been made to “radically” reduce Russia’s military activities near Kyiv and Chernihiv in northern Ukraine.

Defence Minister Sergei Shoigu confirmed that invading troops would be concentrated in the Donbas region.

Overall, the main tasks “of the first phase of the operation have been completed”, he said in Moscow, adding that it was now possible to focus on the “liberation of the Donbas”, where the so-called Luhansk and Donetsk People’s Republics are located.

“It is possible that the war is moving to the east,” Alexander B Downes, associate professor of political science and international affairs at The George Washington University, told Al Jazeera. “That would be a good thing because it likely means that Putin has abandoned his goal of conquering Ukraine and removing the Zelenskyy [government].”

However, Downes believes the Russian statements of intent are far from credible.

“They would be credible coming from a ‘normal’ leader or state but are [unreliable] from a pathological liar and purveyor of disinformation like [Russian President Vladimir] Putin. To be credible, Russia’s words would need to be matched by deeds that would be costly if Russia’s real goal was to stick with its initial objectives,” he said.

“What we have seen so far is a partial withdrawal of Russian units around Kyiv, which is an ambiguous signal – maybe they will be sent to eastern Ukraine, but maybe they will return to Kyiv to continue the fight there. At this point, we do not know which it is.”

He explained that Russia may have revised its strategy because “the combat potential of the Ukrainian armed forces has been significantly reduced”.

The eastern areas of Ukraine are home to Russian-speaking communities – some of which, according to Wyn Rees, professor of international security at the University of Nottingham, would support being ruled by Moscow.

“This has a far greater attraction to the Kremlin than trying to exert control over towns and cities in the rest of the country that are implacably opposed to Russia. Fighting an urban insurgency in the face of a highly motivated foe is an unattractive prospect,” he told Al Jazeera.

“A change in strategy is consistent with the stated objectives of the Russian government. They claimed to be intervening in Ukraine to rescue pro-Russian communities from genocide and defeat neo-Nazis. Moving the centre of gravity of their operations to the Donbas is consistent with their narrative and offers the longer-term possibility of absorbing parts of Ukrainian territory into Russia. Making a virtue of a necessity appears to be logical,” Rees added.

But, here, too, experts are rather sceptical.

“It could be a strategy for the short term while the Russians resupply and change over their units. What the Russians ‘say’ and what they ‘do’ have proven to be very different things,” said Rees.

“Nevertheless, such a change of priorities, as outlined above, would make sense in the light of high casualties, stretched logistics and a population that has mobilised to fight the invasion. Russia has lost the element of surprise, and so fighting on all fronts in Ukraine will henceforth be attritional warfare at its worst. It is hoped that even Putin is not desirous of such a campaign.”

Russia’s shift came after the United States and United Kingdom assessed that Moscow was failing to advance in Ukraine.

Frank Ledwidge, a British former military intelligence officer and senior lecturer in strategy at the University of Portsmouth, told Al Jazeera: “The Russian army has failed to achieve its objectives in the north and specifically around Kyiv. It makes sense for Russia to define its operational aims to those they may be capable of achieving, instead of pressing on and reinforcing failure.”

With that said, Russia remains unlikely to withdraw from the Kyiv area entirely, Ledwidge said.

“Russia will need to hold Ukrainian forces there. This is called ‘fixing’, to avoid their redeployment south to reinforce what the Ukrainians call the ‘joint forces operation’ (JFO) in the Donbas,” he noted.

Besides accepting that the primary objective has seemingly failed, there is a second possibility behind Russia’s announcements, said Downes.

“This [could all be] a feint or ruse to get the Ukrainians to lower their guard in other parts of the country (namely Kyiv) while Russian forces gear up for a renewed assault on the capital in pursuit of their initial objectives.

“Some Russian forces northwest of Kyiv are being pulled back to Belarus for resupply and reorganisation, reportedly for redeployment to eastern Ukraine. However, it is possible that they could instead be sent back for a renewed attack on Kyiv. It is too early to know for sure.

“They show no signs of fully withdrawing from the northeast and north-central Ukraine.”

In the end, hopes for fewer Russian attacks lasted only two days.

Kyiv was soon shelled with artillery and missiles and fighting continued last Thursday on the outskirts of the capital, although Moscow did, in fact, withdraw some units from the region.

“Russia has not changed its strategic objectives of ending Ukraine as a state and destroying or degrading its military; it is simply trying to achieve them differently,” said Ledwidge. “Obviously, in the event of a failure in those aims in the short term, if Russia can ‘liberate’ as it says, the Luhansk and Donetsk republics, there is scope for declaring a victory.”

The British Ministry of Defence warned last week of new and fierce fighting in the suburbs of Kyiv. Fighting has also continued in the besieged port city of Mariupol, the centre of which remains held by Ukrainian troops.

The enemy is strengthening its formations in Donetsk and Kharkiv, according to Oleksiy Danilov, secretary of Ukraine’s National Security Council.

President Volodymyr Zelenskyy warned in a video speech on Wednesday evening of a new Russian offensive in Donbas. Moscow’s promise over the Kyiv region was “only words at the moment, nothing concrete”, he said.

Ledwidge explained: “We must not forget that Russia does not go down to defeat easily. They have suffered setbacks and demonstrated incompetence on a scale no one expected. However, they remain very formidable indeed and are likely to learn from their failures. This is a far more credible approach than their previous operationally illiterate approach, with three major fronts and no clear priority, or indeed any evident unity of command.” 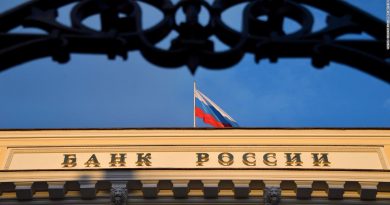