Most Americans don’t associate Turkey and Italy with efficient public administration, but in at least one important domain, their performance bests that of the United States and, in fact, almost everywhere else in the world. Such, at least, is the upshot of two case studies of urban rail construction presented last month by the Transit Costs Project at New York University. The three original staffers of the Transit Costs Project cowrote a report on Istanbul, which has grown rapidly to become one of the world’s largest cities, holding over 15 million residents, and has built subway and rail projects at a ferocious pace. A fourth, Marco Chitti, contributed a report examining four cities in Italy: Turin, Milan, Rome, and Naples.

The reports examine political conditions in the two nations and examine several projects that provide examples of good and bad transit construction. Badness in this context is relative: even exceptionally mismanaged projects in Turkey and Italy cost a small fraction of prevailing American prices. But one overarching theme emerges from the reports: efficient public works require predictability and standardization.

Predictability begins with the political environment. In both Istanbul and urban Italy, a broad consensus runs in favor of mass transit expansion. In Italy, as Chitti observed in an online seminar, this consensus stems from a strong respect for property rights: Italians have less tolerance than Americans for the massive confiscation of residential property required to build urban freeways. Public authorities in Turkey and Italy do try to avoid angering the public—Istanbul’s municipal government, for instance, often routes new projects through parks and other government-owned land to avoid eminent domain procedures, even if it requires route compromises—but citizens largely agree that disruptions from mass transit construction are justified.

Standardization, meantime, begins with basic design choices. In Istanbul, the municipal government, which builds most of the city’s rail lines, chose early on to keep station designs simple. Reserving wall space for generic art exhibitions was a much cheaper way to make stations look nice than fancy custom architecture. After some early missteps with projects such as the metro line M4, in which stations were over-engineered with excessively large and correspondingly expensive rooms for mechanical equipment, projects in Istanbul have converged on a largely standardized design in other respects. For instance, station platforms and tracks fit in a standard tunnel with a diameter of 6.3 meters, allowing Turkish builders to buy tunnel-boring machines with that diameter and reuse them between projects, rather than rent them from European firms.

In Italy, several new lines in Turin and Milan, as well as in smaller cities such as Brescia, use a standardized “light automated metro” technology similar to airport people movers, with driverless operation and shorter trains of 90 meters, instead of the approximately 200 meters of a typical subway. Each train has reduced capacity, but this drawback is offset by the lower excavation expenses of shorter station platforms, which make more marginal lines economical to construct, and by the ability to run extremely frequent service (up to one train every 90 seconds) without prohibitive labor costs.

Both nations have also standardized much of the contracting process. Istanbul authorities have settled on a standard process after significant issues with projects such as M4, which was let out to contract without a sufficiently detailed design document, and which was redesigned from mostly aboveground to entirely belowground after construction had already started. The municipal government’s Rail Systems Projects Directorate, a department established in 2014, first procures a “60 percent design” document showing all major features, and then lets the project out for tender. The winning contractor is responsible for filling in the remaining design details and executing the construction, though the municipal government will accommodate design changes if unexpected difficulties arise—a level of cooperation that the Transit Costs Project credits for limiting cost overruns on some complex projects.

In Italy, since a set of anti-corruption reforms in the early 1990s, the contracting process has used standardized unit price lists for raw and finished materials called prezziari, which provide, for example, euros per meter of rail tracks or per cubic meter of concrete. Prezziari are not explicitly maximum prices, but Italian public authorities use them to judge contract bids: they can reject offers that come in too far above this list of prices—or too far below. This rule provides a defense against contractors that win projects under lowest-bid rules and then make money on change orders, a notorious practice of firms such as the United States’ Tutor Perini. The prezziari also simplify disputes over cost overruns due to changes in the prices of raw materials: contractors can be partially compensated out of contingency budgets for changes in materials prices that exceed 10 percent in a year.

Standardization also describes the Italian and Turkish approach to historic preservation. Both nations have extraordinarily rich and zealously protected heritages of archaeology and monumental architecture: the Italian constitution even lists protection of “the historical and artistic heritage of the nation” as a core duty of the state. Archaeological discoveries can never be predicted perfectly, and they frequently cause construction delays. In Istanbul, for example, discoveries of a prehistoric village and dozens of shipwrecks from the Byzantine period caused years of delays to Marmaray, a tunnel under the Bosporus Strait. To accommodate archaeological excavations and protective measures for surface buildings, Italian authorities simply accept that stations in historic city centers will be an order of magnitude more expensive than the standard.

In both nations, historic preservation is bureaucratic, with special-purpose government agencies determining what counts as historically significant. These agencies can make stringent and expensive demands: for instance, the municipal archaeological department in Rome has insisted that an in-progress tunneling project near the Roman Forum could not cause soil to subside by more than three millimeters—an uncommonly strict limit that has required far deeper and more expensive tunneling. But crucially, these agencies ultimately work on established criteria for what counts as historically significant or worth preserving, and their decisions are not open to second-guessing through lawsuits.

In fact, the two nations’ most expensive lines can often be attributed to lack of standardization. Perhaps the most egregious example covered in the case studies is Metro Line 1 in Naples, Italy. This project began in the 1970s under a noncompetitive tender that did not use prezziari—and was, uncommonly for an Italian project, significantly more expensive than many other projects, even in other parts of Europe. Much of the expense, furthermore, resulted from the Naples Metro’s decision to make the stations into stazioni dell’arte, or “art stations,” which included expensive custom underground architecture and extensive improvements to above-ground public spaces.

Standardization and predictability seem like logical, even inarguable principles. But in the U.S., every busybody who can hire a lawyer or show up to enough meetings gets a say. Public input into U.S. infrastructure planning largely takes the form of community meetings, where members of the public with the most free time make demands for changes. Previous work by the Transit Costs Project found that such a process inflated the costs of stations on the Boston Green Line by several hundred million dollars.

Moreover, historical preservation and related concerns in the U.S. are addressed through Environmental Impact Statements, long documents that take years to prepare and that cover a wide range of topics, often only tangentially related to environmentalism. Historic preservation in the U.S. is handled not by a bureaucracy but by the legal system: something is historically or environmentally sensitive if a judge agrees with a lawsuit alleging that an EIS saying otherwise was defective. State statutes often define environmental impacts in extraordinarily broad terms. The unpredictability of this process encourages planners to prepare impact statements that are exhaustive almost to the point of comedy: the EIS for one light rail project in the Philadelphia suburbs, for example, contained an earnest discussion of the visual impact that the project might have on a power line corridor—which, the EIS commented, was “locally valued for the relatively undeveloped views it provides” and therefore had a “high degree of visual sensitivity.”

The U.S. could not adopt Turkish or Italian government structures wholesale, but we could make some productive changes based on their models. For instance, state and local governments could adopt the Italian practice of maintaining lists of unit costs, which some state highway departments also do. State legislatures could also restrict the scope of historic preservation and environmental statements: they could say, for instance, that visual impacts and temporary street closures do not count as environmental impacts (avoiding street closures requires building deeper, more expensive stations that force every passenger to waste time on pointlessly long escalators), or that buildings must meet some threshold of notability to qualify for historic protection. In New York, it would be worth spending tens of millions of dollars to avoid damaging, say, the Empire State Building or Saint Patrick’s Cathedral, but not an unremarkable tenement from the 1890s.

These changes would require some political realignments, especially among progressive groups who drive policy in America’s dense cities, and who took away from the civil rights era a dubious lesson that the best way to make government fair and equitable is by adding lawyers. But the results—more efficient public spending that delivers more to citizens and less to law firms and consultants—would be desirable for everyone.

Connor Harris is a fellow at the Manhattan Institute.

City Journal is a publication of the Manhattan Institute for Policy Research (MI), a leading free-market think tank. Are you interested in supporting the magazine? As a 501(c)(3) nonprofit, donations in support of MI and City Journal are fully tax-deductible as provided by law (EIN #13-2912529). DONATE 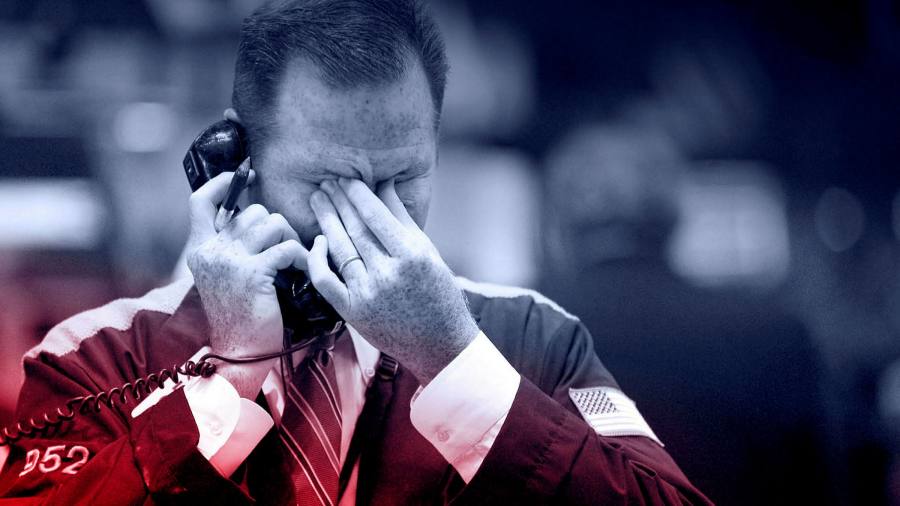