"The right to self defense is recognized by all states," she was quoted as saying by Agence France-Presse (AFP).

Commenting on the statements, Israeli Foreign Ministry spokesman Gideon Meir claimed that a state "harboring terrorist organizations who are attacking innocent civilians…has no right to make comments about issues of self-defense."

He said Israel viewed "every state which is harboring terrorist organizations… as legitimate targets," reported the Israeli daily Haaretz.

It added that the spokesman later toned down the threat saying only "terrorist organizations and their leaders" were legitimate targets and not the harboring countries.

Meir said Israel has to "protect its citizens from horrifying terrorist attacks like the Israeli people experienced in… Haifa."

Last Sunday, Israel launched an air strike on what it claimed was "a suspected military training camp for Palestinian activists" near Damascus following a bombing attack in Haifa that killed 20 people.

Israel said the target was used by Islamic Jihad, which claimed the bombing, while Damascus maintained it was a civilian area.

Syria took the matter to the U.N. Security Council, seeking a resolution condemning the attack, but there has been no vote on the text because of opposition by veto-wielding Council member the U.S., Israel’s closest ally.

"The Sharon government is a war government which cannot survive without starting wars," he stressed.

At the same day, Sharon renewed threats that "Israel will continue to defend its citizens and we will not hesitate to strike our enemies in any place and any method."

Israeli military chief of staff General Moshe Yaalon said the air strike as a warning to Damascus to stop giving succor to what he termed as "Palestinian terrorists".

Yaalon also accused Syria, Lebanon and Iran of trying to "torpedo the calm" in the region.

On Friday, October 10, the Lebanen Hezbollah party leader Sheikh Hassan Nasrallah warned that further Israeli attacks on Syria or Lebanon would trigger tough response from the group against Israel.

"Sharon and his government are at an impasse. The Israeli army is in an impasse. If Sharon tries to get out of his internal impasse (by attacking) Lebanon and Syria, this will lead him to the abyss," Nasrallah told a Hezbollah rally south of Beirut, according to Haaretz.

"If Sharon attacks Lebanon and Syria, we will definitely be faced with a new challenge," Nasrallah stressed.

"We will be obliged to confront him in Lebanon… The only choice for us is to defend our country."

"Israel has been urging America to invade Syria, but America seems to be reluctant. So, in order to force the hands of America, Israel is going to invade Syria," Mahathir was quoted as saying by the official Bernama news agency.

"When that happens, the Americans will have to support Israel due to domestic political reasons that make Jewish votes a major factor in its presidential election," he said.

The veteran Malaysian leader, who will take over the chairmanship of the 57-member Organization of the Islamic Conference (OIC) at a summit in the Malaysian capital this week, was also asked what could be done apart from condemning the attack.

"We can go to war but we have no capacity to go to war. That’s the problem, because we allow ourselves to become weak, people bully us." 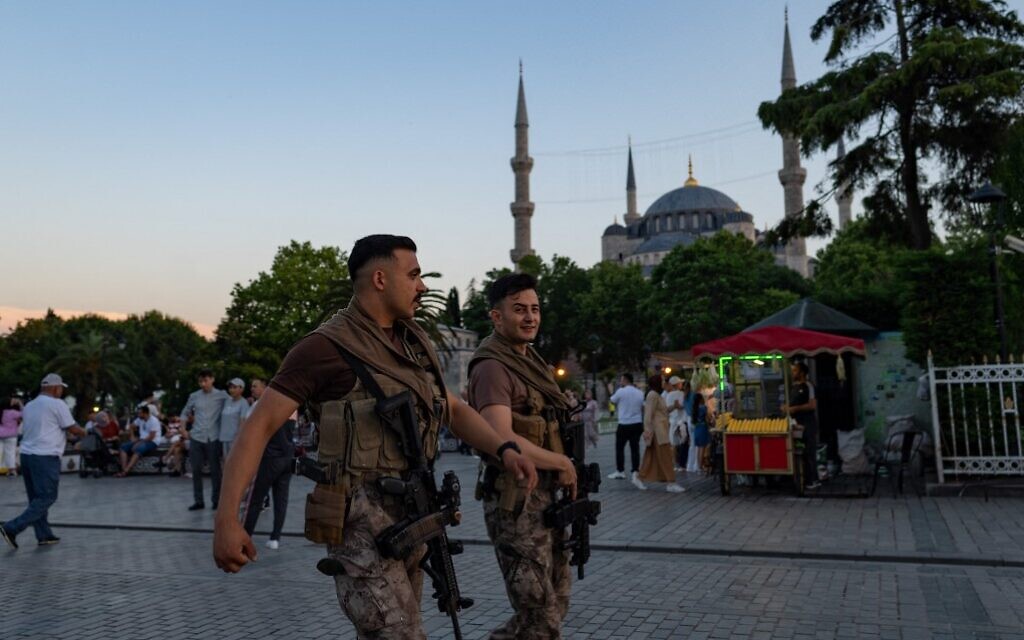