The bill would benefit some 3.5 million veterans who developed cancer and other illnesses after being exposed to fumes.

The United States Senate has approved a sweeping expansion of health care and disability benefits for Iraq and Afghanistan war veterans in response to concerns about their exposure to toxic burn pits.

The bill passed on Thursday is projected to increase federal spending by about $283bn over 10 years and does not include offsetting spending cuts or tax increases to help pay for it.

If enacted into law, the bill would benefit nearly 3.5 million veterans who developed cancer and other illnesses after being exposed to fumes from pits that sometimes were as large as a football field.

The pits were used to burn waste including plastic tires, batteries, explosives, human feces and chemicals.

“For too long, our nation’s veterans have faced an absurd indignity: They enlisted to serve our country, went abroad in good health, and came back home only to get sick from toxic exposure endured while in the line of duty,” Senate Majority Leader Chuck Schumer said in a Senate speech.

The bill is a personal issue for President Joe Biden, who believes his late son Beau’s fatal brain cancer could have been caused by such a pit from when he served in Iraq.

Officials note that approximately 80 percent of disability claims related to burn pits have been rejected by the Veterans Administration.

The bill would expand military veterans’ eligibility for medical care through the Department of Veterans Affairs by extending coverage for 10 years after discharge instead of the current five years.

The legislation would also presume that certain respiratory illnesses and cancers were related to burn pit exposure, allowing the veterans to obtain disability payments to compensate for their injury without having to prove the illness was a result of their service.

“The cost of war is not fully paid when the war is over. We are now on the verge of honouring that commitment to American veterans and their families,” Republican Senator Jerry Moran said ahead of the vote on Thursday.

The bill will also expand coverage for service members exposed to Agent Orange, a herbicide used by the US military during the Vietnam War.

“This is a day of our democracy actually working,” Democratic Senator Kirsten Gillibrand, who championed the bill in the Senate, said at a press conference after the vote.

The measure will now go to the House of Representatives for a vote before being sent to Biden’s desk for signature into law.

National Nurses United (NNU), a union of registered nurses in the US, welcomed the successful vote in the Senate and urged the House to pass the legislation “to ensure more veterans have access to that first-class care”.

“As nurses who are on the front lines of providing first-class quality care to veterans, we know how critical VA health care services are to our patients, and we are so glad to see the Senate pass legislation that will enable millions more veterans to access the safe and therapeutic care we provide,” said Irma Westmoreland, chair of NNU’s veterans’ division, in a statement.

What you need to know about the Oscars ceremony this year 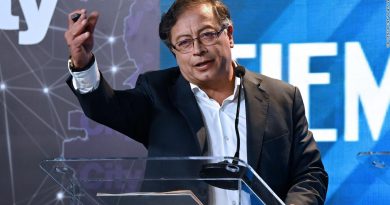 The Gaza Strip explained in maps