On Wednesday, US Securities and Exchange Commission (SEC) Chair Gary Gensler told an industry audience he wants to require trading firms to directly compete to execute trades from retail investors. The move is aimed at making the $45 trillion US equities market more transparent and fair.

The Wall Street watchdog plans to scrutinize growth in recent years of the payment for order flow (PFOF) practice – banned in Canada, the United Kingdom and Australia – and under which brokers get paid to send customers’ stock orders to market makers.

Some brokers, such as TD Ameritrade, Robinhood Markets and E*Trade, accept these payments from wholesale market makers for orders. In December 2020, Robinhood actually paid a fine related to the practice, which the SEC said raised costs for investors using the online brokerage.

A ban on the PFOF practice is not off the table, Gensler has said. On Wednesday, he said the practice has “inherent conflicts” while noting some zero-commission brokerages operate without PFOF.

“I asked staff to take a holistic, cross-market view of how we could update our rules and drive greater efficiencies in our equity markets, particularly for retail investors,” Gensler said.

Investor advocates praised the SEC’s plan, which would be the biggest shake-up of US equity market rules in more than a decade. But financial industry executives quickly blasted the plans, saying they could hinder commission-free brokerages from serving more investors.

“Too many in the financial industry today get rich from anti-competitive and predatory practices in highly fragmented markets that result in retail investors being mistreated if not ripped off,” said Dennis Kelleher, the chief executive of Washington-based advocacy group Better Markets, who supports the SEC’s plans.

“We talk about how our markets are the envy of the world,” said Mecane. “We need to be very careful about … unintentionally taking us back to a period that looks worse that how it looks today.”

“Let’s keep our eye on the retail investor who has never had it better as far as liquidity and low cost trading,” said Kirsten Wegner, who leads the Modern Markets Initiative, a Washington-based group that represents high-speed trading platforms.

Gensler said if PFOF is still allowed, the SEC wants rules to mandate market makers disclose more data about fees these firms earn and the timing of trades.

Gensler’s announcement would generate any formal proposals in the US fall season. The public could then weigh before the SEC votes on whether to adopt them.

The intended changes would fundamentally alter the business model of wholesalers. They could also affect brokers’ ability to offer commission-free trading to retail investors.

PFOF came under regulatory scrutiny last year when an army of retail investors went on a buying spree of “meme stocks” like GameStop and AMC, squeezing hedge funds that had shorted the shares. Many investors purchased shares using commission-free brokers such as Robinhood.

To enhance order-by-order competition, the new rules would call for “open and transparent” auctions aimed at providing investors with better prices. They would also require dealers executing trades to ensure the best price for investors and to improve transparency around the procedural standards brokers must meet when handling and executing orders.

They would also require broker-dealers and market centres to disclose more data, including a monthly summary of price improvement and other statistics, Gensler said.

The rules would seek to shrink the minimum pricing increment or so-called tick size to ensure all trading occurs in the minimum increment.

Currently, retail brokerages can send customer orders directly to a wholesale broker to be executed, as long as the broker is matching or bettering the best price available on US exchanges. Large market makers typically improve on the best price by a fraction of a cent. Gensler has criticized this model as limiting competition for retail orders.

“It’s great to see the SEC taking a holistic approach to this problem – there’s not a single answer, we need changes to different parts of the market,” said Dave Lauer, CEO of financial platform Urvin Finance. 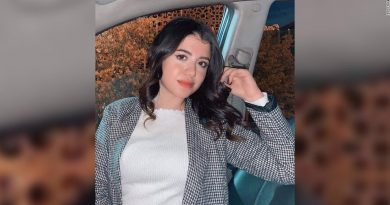