The central Asian nation of Kyrgyzstan finally managed to gain an edge over Tajikistan in an ongoing border dispute. In late 2021 it obtained three coveted Turkish Bayraktar TB2 unmanned aerial combat drones armed with precision missiles that could take out any encroaching armour. That, officials assured the public, would help fend off any incursions by its neighbour.

But no so fast.

​​“They answered that it was just business,” Kyrgyz deputy foreign minister Jeenbek Kulubayev explained to lawmakers in April.

Turkey has eclipsed China as the world’s largest exporter of armed drones, advanced weaponry that has tilted the balance of power in several wars, including the ongoing conflict in Ukraine. The Bayraktar TB2, made by Istanbul-based Baykar Aviation, has become so famous in Ukraine that it could very well have become the world’s first and only weapon of war with a catchy music video devoted to it.

“Their arguments are all kinds of weapons—powerful rockets, machines of iron,” go the lyrics. “We have a response to all the arguments: Bayraktar.”

On Thursday, Lithuania’s defence minister announced a campaign by a television channel to crowdfund a TB2 for Ukrainians.

“I can’t remember such fanfare around specific weaponry,” said Joe Dyke, of Airwars, an organisation devoted to tracking civilian casualties in armed conflicts. “No one sang songs about the Predator or Reaper drones. It’s a moment where everyone is talking about Bayraktar.”

But the high profile of the weapons has also prompted proliferation concerns by a range of critics, including military experts and human rights advocates. Drone envy is becoming the new “missile envy,” the term coined by Australian feminist Helen Caldicott to describe the Cold War arms race between the US  and Soviet Union.

“India, Thailand, Taiwan are all trying to develop this capability and some are turning to Turkey,” said Chris Cole, founder of Drone UK.  “If your enemy has them, you have to have them too, particularly since Turkey seems willing to sell to anybody.”

Baykar Technologies, the privately held defence contractor that invented the Bayraktar TB2 in 2014 and has produced and distributed at least 300 of them, did not respond to requests for an interview.

The company, founded by the late Ozdemir Bayraktar, is a powerful player in Turkey. Its CEO, Haluk Bayraktar, chairs the board of Turkey’s main defence lobby while his brother and company CTO, Selcuk, who was featured this month in a glowing New Yorker article, is married to a daughter of Turkish President Recep Tayyip Erdogan.

By law, Turkey imposes controls on the export of the $6 million Bayraktar TB2 and sales must be approved by the Ministry of Defence and the office of Mr Erdogan. But the exact rules and criteria for which countries may purchase are not public. As one official at the Ministry of Trade put it to The Independent: “It is not spoken about.”

The Bayraktar has been used with devastating effect against Russian armour to halt the advance of President Vladimir Putin’s invasion of Ukraine, earning Turkey the friendship of Ukrainian President Volodymyr Zelensky, occasional grumbling from Moscow and rare praise from western partners at a time when relations between Ankara and its Nato allies are strained.

According to videos promoted by the Ukrainian armed forces, the TB2 has destroyed dozens of pieces of Russian armour and artillery, as well as several ships in the Black Sea. It apparently played a role in distracting the Russian flagship Moskva’s defences before it was sunk by Neptune missiles in April.

Western officials say any alarm about the spread of the weapons has been tempered by glee at the humiliating black eye they have delivered to Russia.

“If it pisses off Russia then so be it,” said a senior western official, speaking on condition of anonymity. “Russians always deny that they are responsible for weapons that end up in the hands of other forces. Turkey is turning the tables on the Russians, and gives a similar argument. ‘Yes, we sold it. But if you have a problem, you should talk to them.’”

Arms control experts have also suggested that Ukraine’s effective use of the drones against pro-Russian forces in the Donbas region beginning October 2021 may have prompted, influenced or hastened Mr Putin’s decision to launch an all-out invasion in February.

In addition to the democratically elected government in Ukraine, the Bayraktar drones have also been used by the authoritarian government of Ethiopia to fight off ethnic Tigray rebels advancing on the capital in a conflict started by the Addis Ababa government. The weapons helped tilt the balance of power in favour of Azerbaijan in its controversial 2020 war to wrest control of the Nagorno-Karabakh enclave from Armenia.

Turkey’s willingness to approve sales of the drones to two Central Asian nations in the midst of a border dispute has disturbed observers. Clashes between Tajikistan and Kyrgyzstan along a disputed river valley last year left at least 55 people dead, more than 250 injured, and at least 40,000 displaced. The conflict heated up again in January and March.

Other customers of Turkish drones include Morocco, Nigeria, Saudi Arabia, Kazakhstan, Turkmenistan and Qatar, nations not known for exemplary adherence to human rights and the rules of war. In all, at least 19 countries including Nato member Poland have obtained the Bayraktar or other Turkish combat drones, according to media reports.

Experts say defence industries worldwide are devoting resources in attempts to emulate the success of the Bayraktar. It is equipped with artificial intelligence capabilities that allow it to taxi, takeoff, cruise, land and park autonomously.

The low-flying drone has a very small silhouette that allows it to evade radar systems. Its design allows the integration of different types of cameras. Its capacity to fire off up to four laser-guided 500-pound missiles makes it especially lethal. Its relatively low price tag makes it palatable for developing or middle-income countries to buy, fly and sacrifice in combat.

So far, defence industries worldwide have struggled to emulate the success of the Bayraktar, even as they’ve ordered their design departments to come up with comparable weapons.

“Baykar seems to have achieved a very nice balance between affordability, performance and technology,” said Arda Mevlutoglu, an Ankara-based defence industry adviser. “They have managed streamline production so that it is relatively easy and quick to manufacture.”

The drones have also helped promote Turkey’s own foreign policy aims. In January 2018, Turkey used the Bayraktar TB2 against Kurdish rebels controlling the Afrin region of northwest Syria, driving the forces out and taking control of the mountainous enclave during what was called Operation Olive Branch. The drone “performed well in conditions of snow, storm, torrential rain, fog and intense clouds,” according to a promotional video produced by Baykar.

In Libya, the Bayraktar—operated by Turkish military personnel deployed to the north African country—changed the dynamic of the civil war, forcing Moscow’s client Khalifa Haftar, a renegade army officer, into a humiliating retreat by forces allied with Ankara in 2020.

In a dramatic show of force, Turkey used Bayraktar TB2 and Anka-S drones to pound Bashar al-Assad’s forces in Syria’s northwest in March 2020, halting an advance on Idlib province and leading a relatively peaceful two-year ceasefire.

In addition to selling drones, Baykar provides ongoing maintenance and training services that tighten bonds between Turkey and other nations. Experts strongly suspect Turkish military personnel helped operate the drones for Azerbaijan during the Caucasus war, and have speculated that they provided the same service for Ethiopia.

Baykar itself employs numerous instructors and pilots, in addition to interfacing with Turkish armed forces.

“I do wonder if the company is operating some of these systems,” said Mr Cole. “I wonder if that comes as part of the package, as it’s surprising that these could put these into operation so quickly.”

In both Kazakhstan and Ukraine, Baykar has forged manufacturing deals  to produce the Bayraktar and other drones.

“These are complicated and sophisticated weapons,” said Mr Mevlütoğlu. “By providing expertise and knowhow, you establish a long-term relationship with that country. That acts as foreign policy leverage, and might increase foreign policy influence in those regions.”

Drones alone cannot win wars, and experts say that some of the purchases of the Bayraktar TB2 appear to be more prestige buys to bolster morale and win political points for rulers.

“There are other factors which make drones successful on the battlefield such as deployment tactics and coordination with other electronic warfare systems, which differ from state to state,” said Syed Ali Abbas Bukhari, a co-founder of Global Defense Insights, a Pakistani military publication.

But the success of the Bayraktar TB2 has proved a boon for Turkey and Baykar, which is investing heavily in future generations of drones, including the TB2-S, which can be controlled with satellite connections instead of a terrestrial antenna signal.

“Only a few countries in the world make up a large part of [military] expenditures,” Baykar CEO Haluk Bayraktar said in a 17 May speech in Istanbul. “Turkey’s share in defence expenditures is only 1.5 per cent. Today our unnamed aerial drones, which our companies export to dozens of countries around the world.”

It remains unclear how many drones Baykar has sold abroad, but even a fraction would amount to hundreds of millions of dollars in revenues for equipment, training, maintenance and spare parts. Turkey’s arms industry exports have grown from about $250 million in 2002 to more than $3 billion last year and may reach $4 billion in 2022, Ismail Demir, chief of Turkey’s defence industries ministry, said in an interview with a Turkish television station in March.

Baykar’s Bayraktar Akinci, in service only since last year, is larger, can fly further at higher altitudes and carry bigger payloads than the TB2. Last month, it flew its first combat missions, striking targets allegedly held by the outlawed Kurdistan Workers Party (PKK) in northern Iraq. Ankara-based Turkish Aerospace Industries also manufactures a line of drones which can be used for both surveillance and combat.

Baykar’s website lists several job openings for specialists in artificial intelligence to refine its drones’ autopilot capabilities as well as “to identify the objects” in images captured by their cameras, hinting at the possibility the drones could eventually be equipped with autonomous attack capability. Another upcoming version of the Bayraktar can be launched from ships.

Led by Turkey’s arms industry, drones are changing warfare worldwide. But many doubt whether handing governments under few democratic constraints and little transparency the ability to inflict heavy damage on their adversaries without fear of personnel loss will make the world safer.

“They just seem to be supplying armed drones to whomever wants them and have no criteria for refusal on regional security or human rights grounds,” said Mr Cole  “They seem to be just chasing the money and that is very worrying.”

Naomi Cohen contributed to this report. 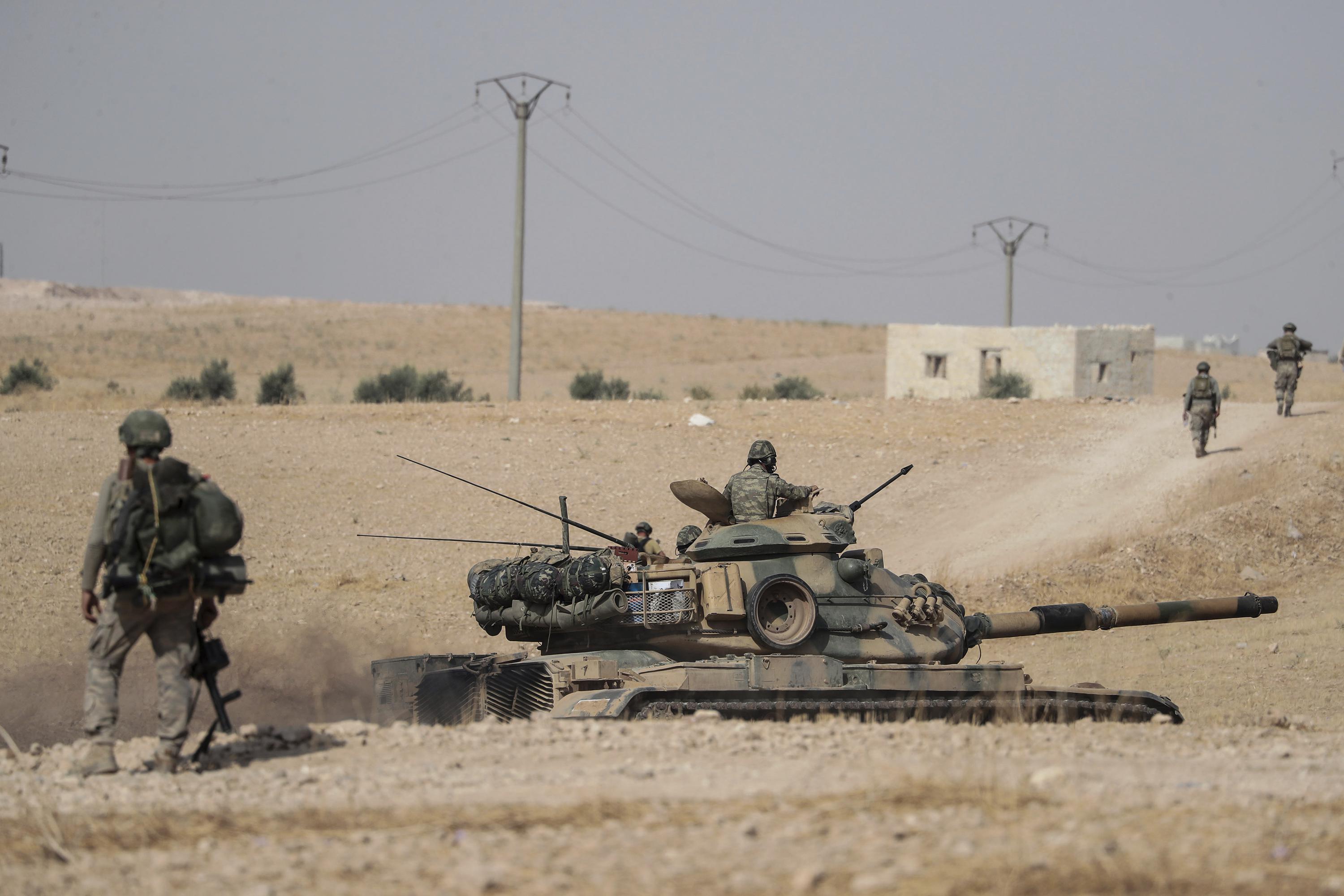 US-backed Syrian Kurds to turn to Damascus if Turkey attacks 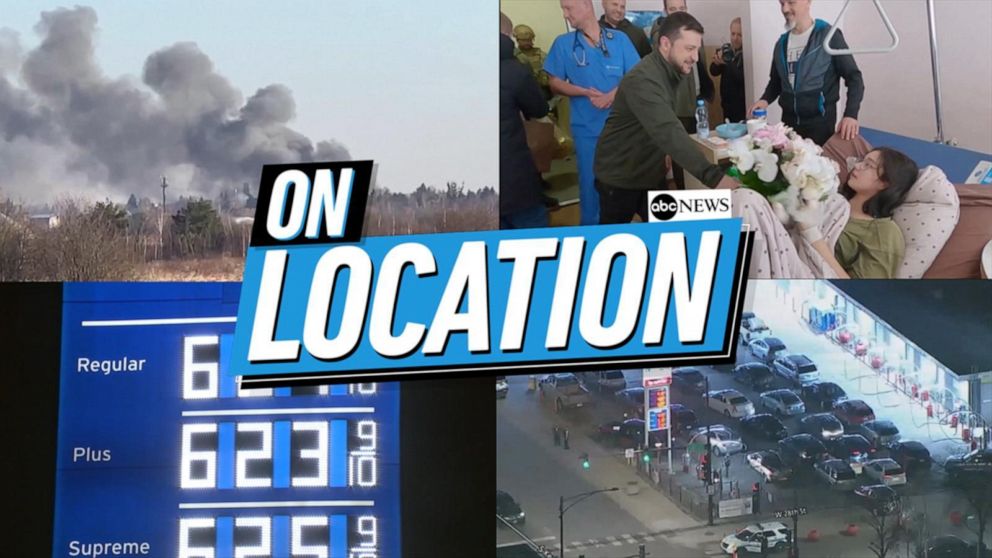 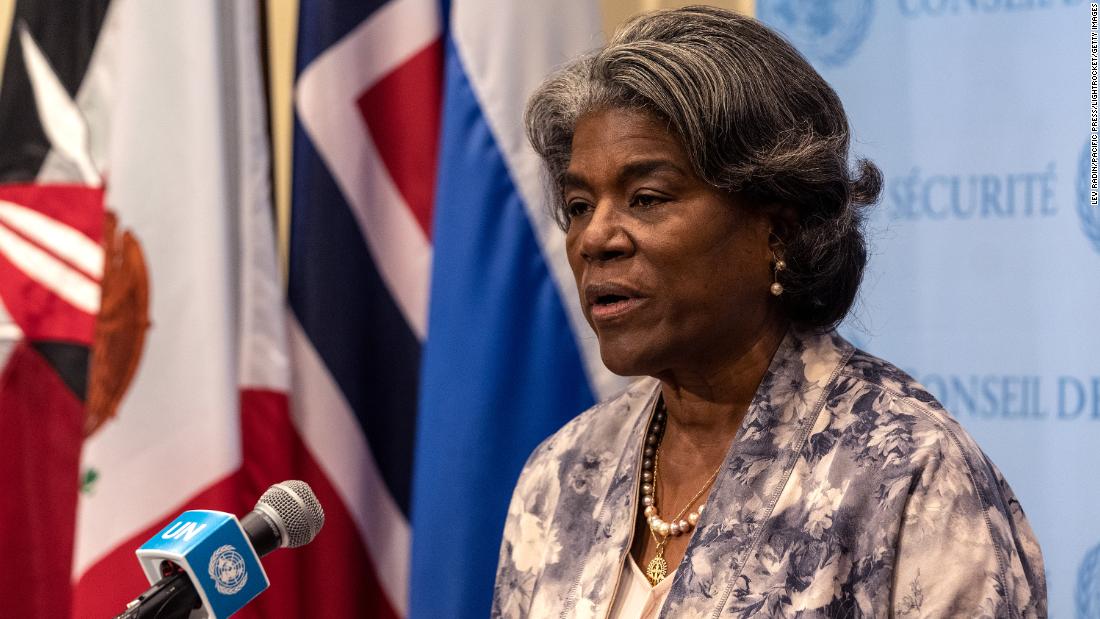 US ambassador to UN will visit Syria-Turkey border on Monday