The currency slide was triggered by a 500 basis point interest rate easing cycle which began last September under pressure from President Tayyip Erdogan, triggering the sustained surge in consumer prices.

The surge in consumer prices was driven by a 105.9% leap in the transportation sector, which includes energy prices, and a 89.1% jump in food and non-alcoholic drinks prices, the data showed.

Month-on-month, food and non-alcoholic drink prices rose the most with 13.38% and house prices rose 7.43%.

The government has said inflation will fall under its new economic programme, which prioritises low interest rates to boost production and exports with the goal of achieving a current account surplus.

However, economists see inflation remaining high for the rest of 2022 due to the Ukraine war. 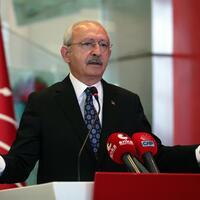