The surprise decision by a Turkish court to let Saudi Arabia take over the case against 26 Saudi citizens for the 2018 killing of Washington Post journalist Jamal Khashoggi speaks to more than the uncertain strength of Turkey’s commitment to justice.

By abandoning the investigation into the Saudi dissident’s death on Turkish soil, it seems to many observers, Ankara is dropping its pursuit of justice in order to resolve a cost-of-living crisis and help secure President Recep Tayyip Erdoğan’s political future.

“Now that Turkey is in a major economic crisis and an election is nearing, there is a rebalance in priorities favoring economic relations and de-escalation over ideals,” says Galip Dalay, a Turkish analyst at the SWP Berlin research institute.

“Turkey is trying to minimize the tensions with Saudi Arabia over the murder of Khashoggi to improve its economy,” Mr. Dalay adds.

The state prosecutor asked the court to transfer the trial in absentia of suspects in the killing of Mr. Khashoggi at the Saudi Consulate in Istanbul. The move, which effectively ends the case, appears to dial back President Erdoğan’s long-standing rivalry for regional influence with Saudi Crown Prince Mohammed bin Salman.

President Erdoğan described the assassination, widely believed to have been ordered by the crown prince, as a “serious threat to the international order,” likening the incident to the 9/11 attacks as a 21st-century turning point.

This zealous push for justice was due to more than the fact that the late Mr. Khashoggi was a friend of the Turkish president.

Although Turkey has not been a champion of free speech – police have arrested more than 200 journalists since a 2016 coup attempt – the Khashoggi incident struck at the heart of Turkey’s sovereignty and the country’s standing as a haven for Arab dissident activists and writers.

The killing was seen as an issue of Turkey’s national security.

Yet in the intervening years, a new threat to Turkey’s national security has emerged: an economic crisis.

The Turkish currency, the lira, has lost more than 60% of its value against the U.S. dollar in the last six months. Food prices are up 70% since a year ago, and annual inflation reached 61% in March, its highest level for 20 years.

Adding to the currency woes is the havoc the Russian invasion of Ukraine is wreaking on global food prices; Russia provides Turkey with 70% of its wheat and 45% of its natural gas, while Ukraine supplies 15% of Turkey’s wheat.

With this perfect storm of currency woes and global energy and food crises striking just a year away from presidential and parliamentary elections, the increasingly vulnerable Mr. Erdoğan has made attracting cash and investments his top priority, even if that requires reversing key Mideast policies and suffering embarrassing about-faces with wealthy Arab Gulf states.

Ankara believes improved ties with Saudi Arabia could boost Turkish exports to the kingdom, which plunged from $3 billion in 2019 to $200 million in 2021 amid tensions. Riyadh could inject instant cash into Turkish projects.

“This is a political calculation: Erdoğan is trying to do everything he can to win the election, and that means reducing prices and improving the economy within a few months,” says Mr. Dalay.

Dropping the Khashoggi case has earned Mr. Erdoğan a state visit to Saudi Arabia, whose final details and dates have yet to be confirmed.

“The president has made a clear choice of his political future over his loudly announced principles,” says one Turkish economic analyst who prefers to remain anonymous.

Turkey’s rapprochement with Riyadh is part of a broader reconciliation with Arab Gulf countries.

That effort ends a decade of bitter competition for influence across the Arab world that saw Turkey, the United Arab Emirates, and Saudi Arabia back rival groups, factions, and militias in the region.

In recent months, Turkey has backed away from policies that irked the UAE and its allies, curbing the Muslim Brotherhood, discouraging media criticism of Egypt and the UAE, and winding down its interference in Libya.

That has helped secure much needed investment: Last November, Turkey and the UAE signed a $10 billion Emirati investment agreement, and on a state visit to Abu Dhabi in February – his first since 2013 – President Erdoğan signed hundreds of millions of dollars’ worth of investment and trade agreements.

Yet there is one fly in the ointment. Saudi Arabia has reportedly demanded that Mr. Erdoğan ensure that Mr. Khashoggi’s fiancée, a Turkish national, drop her lawsuit in the United States against Saudi leaders.

That recalls a similar request that the Saudi leadership allegedly made of President Joe Biden – that the crown prince be guaranteed legal immunity from prosecution in the United States in return for pumping more oil to ease Western dependence on Russian energy.

The Biden administration, which has vowed to champion American values of justice and human rights in its foreign policy, turned Riyadh down, diplomatic sources say. But the vulnerable Mr. Erdoğan, feeling the pressures of inflation and fighting for his political life, may not feel able to rebuff Riyadh.

The end result, writes Mr. Ersoy, the Turkish political analyst, is another “deplorable demonstration of the supremacy of material prosperity over principled morality in Middle Eastern geopolitics.”

Read this story at csmonitor.com

Become a part of the Monitor community 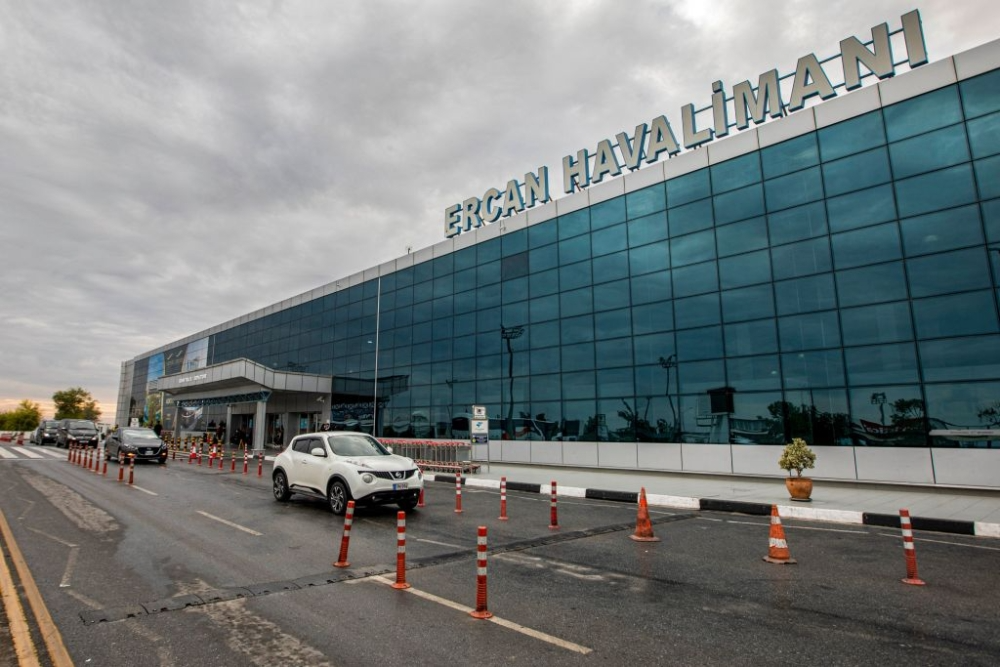 Ercan International: The Airport Only Open To Flights From Turkey