BRUSSELS — Turkey blocked the start of Finland’s and Sweden’s accession talks to NATO on Wednesday shortly after the Nordic nations submitted their applications, a signal of what could be a bumpy process to expand the alliance and reshape Europe’s post-Cold War security architecture.

Turkey’s resistance deprived Secretary General Jens Stoltenberg of the consensus he needed to move forward with the membership process. It also put a damper on a historic moment for two countries that held fast to military nonalignment until Russia’s invasion of Ukraine upended their thinking about security.

At a meeting of NATO ambassadors, Turkey said it still needed to work through some issues related to Finland and Sweden joining the alliance, according to two officials familiar with the discussion, who spoke on the condition of anonymity to discuss the sensitive closed-door talks.

Turkish President Recep Tayyip Erdogan has objected to Sweden’s granting of asylum to members of the Kurdistan Workers’ Party, or PKK, and he has indicated that he will seek other concessions if he is to allow the expansion to go forward.

NATO diplomats still widely believe Turkey will eventually waive its objections and allow the expansion, which would double the alliance’s land border with Russia. But a process that was already expected to take months could be slower and more complicated than other alliance members had hoped.

Russia’s Foreign Ministry tweeted Wednesday that “Russia will have to take retaliatory measures,” with “their essence, including military and technical aspects,” to be determined after assessing the terms of Finland’s and Sweden’s membership in NATO.

Finland and Sweden are in some ways most vulnerable to Russian attack during the period before they actually join, since they are still not covered by NATO’s mutual defense guarantees. European officials and diplomats said the two countries are prepared for hybrid or clandestine attacks. Several allies have also offered assurances that Finland and Sweden could expect protection in the interim period.

“I warmly welcome the requests by Finland and Sweden to join NATO,” he said at a news conference in Brussels with ambassadors from both countries. “You are our closest partners, and your membership in NATO would increase our shared security.”

How Putin’s brutal war in Ukraine pushed Finland toward NATO

In a statement Wednesday, Biden said: “I warmly welcome and strongly support the historic applications from Finland and Sweden for membership in NATO and look forward to working with the U.S. Congress and our NATO Allies to quickly bring Finland and Sweden into the strongest defensive alliance in history.”

The Nordic nations’ formal request to join NATO came amid other war-related developments Wednesday. A Russian soldier in Ukrainian custody pleaded guilty before a Kyiv court during the first trial on war crimes charges in the conflict, according to Ukraine’s public broadcaster. The soldier is accused of killing an unarmed 62-year-old civilian.

Russia’s Defense Ministry said another group of Ukrainian fighters in the strategic port city of Mariupol had left the Azovstal steel plant over the past day as part of a negotiated surrender, a claim The Washington Post could not immediately verify. Ukraine wants fighters taken to Russian-held territory to be released in exchange for Russian prisoners in Ukraine, but some key Russian officials are signaling they won’t support such an exchange.

And the U.S. Embassy in Kyiv reopened, three months after it closed in the days leading up to Russia’s Feb. 24 invasion.

The accession of Finland and Sweden to NATO would bring the alliance’s full force to the far north and bolster its presence in the Baltic Sea region. It would gain two sophisticated militaries with deep experience operating near Russia’s frontier. Sweden also holds the strategically important island of Gotland, just 200 miles from the Russian military in Kaliningrad.

Finland and Sweden didn’t consider themselves neutral before now. Militarily, they have been close NATO partners. Politically, they are members of the European Union.

But thinking of themselves as nonaligned militarily has been an important part of their self-conception. Before Russia’s invasion of Ukraine, a majority of people in both countries said it was safer to be outside NATO. But the past months have seen a dramatic swing in public opinion.

“This is an extraordinary development given where we were in February,” said Anna Wieslander, director for Northern Europe at the Atlantic Council think tank.

“Russia wanted to turn back time, to go back to the Cold War, to fragment and weaken the West,” she continued. “Now, in May, we are here.”

Why Finland and Sweden weren’t part of NATO

Erdogan left the door open on Wednesday to approving the expansion, but he made clear that he wanted his concerns to be addressed by NATO and by Sweden and Finland.

“We are one of the countries that give the most support to the activities of the alliance, but this does not mean that we will unquestioningly say ‘yes’ to every proposal brought before us,” he told members of his political party in Ankara. “The expansion of NATO is meaningful for us, in proportion to the respect that is shown to our sensitivities.”

He said Turkey had asked Sweden to extradite “30 terrorists” — a reference to members of the Kurdistan Workers’ Party, which the United States and Turkey have designated a terrorist organization.

Menendez noted that the maneuver was coming as Turkey is seeking to purchase dozens of new F-16 fighter jets, a sale that would require Biden administration and congressional approval. “I hope the administration is noticing it as they’re considering F-16s,” he said. “You should be telling Erdogan you’ve got to act in a different way if you want consideration for anything.”

Sen. Thom Tillis (R-N.C.), a co-chair of the Senate’s NATO observer group, said, “I think it ultimately gets resolved.” He noted that while the United States has “any number of levers” to compel Turkey’s cooperation, “I don’t want to escalate it to that point.”

Biden was asked by White House reporters if he thought he could persuade Erdogan to drop his objections. “I’m not going to Turkey,” he said. “But I think we’re going to be okay.”

Other members of the alliance expressed support for the bid Wednesday. British Prime Minister Boris Johnson called it a “historic day for our alliance and the world.”

“Not long ago nobody would have predicted this step, but Putin’s appalling ambitions have transformed the geopolitical contours of our continent,” he wrote on Twitter.

Putin has cited the threat of NATO expansion among the rationales for his unprovoked invasion of Ukraine. Though on Monday he said that Finland and Sweden’s entry into NATO did not represent an imminent danger to Russia, he warned that a military buildup in either country could change that assessment.

“Russia has no problems with Finland and Sweden, and in this sense, expansion at the expense of these countries does not create an immediate threat for us,” he said in televised remarks Monday. “But the expansion of military infrastructure into this territory will certainly provoke our response.”

“What it will be, we will look at based on the threats that will be created for us,” he continued. “We will respond accordingly.”

In a weekend telephone call, Putin told Finland’s Niinisto that the decision to join NATO was “wrong” and could have “a negative effect” on Russian-Finnish ties, but he did not make specific threats, according to accounts of the call.

NATO and European officials have for the most part downplayed the risk of significant Russian aggression.

The country’s military remains tied up in heavy fighting in Ukraine and has lost soldiers and equipment. Russia also withdrew troops from the border with Finland to fight in Ukraine, leaving Moscow with a reduced capacity to target the border militarily.

Given widespread support for the Nordic countries’ NATO accession, it will be difficult for Russia to influence their populations.

“There is no place to intervene, there is no ground to make people change their minds,” said Henri Vanhanen, a foreign policy expert and adviser to the center-right National Coalition Party in Finland. “This is the democratic resilience we have against Russia.”

“It is out of Russia’s reach right now to try to stop Finland and Sweden from joining NATO,” he said. “It has to come to terms with it.”

Birnbaum and Nakashima reported from Washington. Kareem Fahim in Istanbul and Mike DeBonis in Washington contributed to this report. 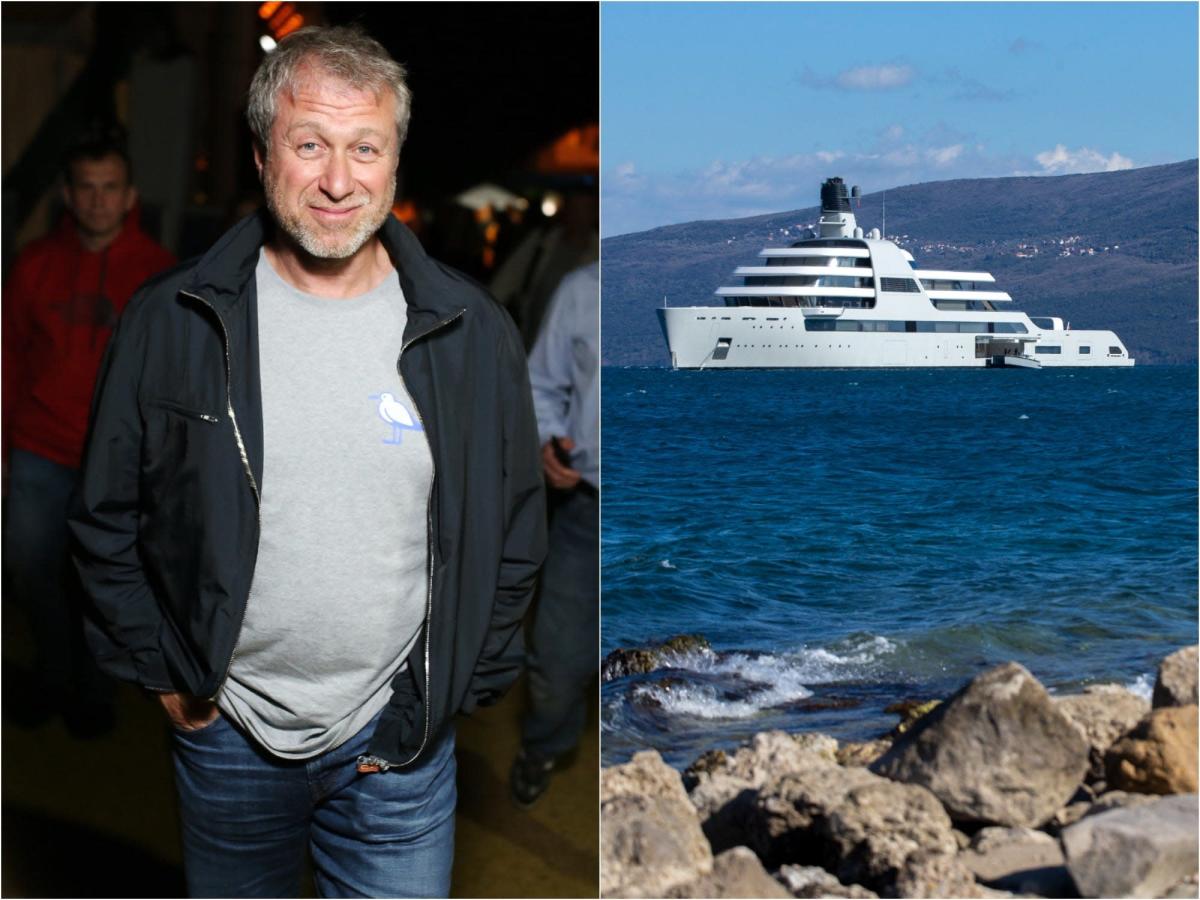 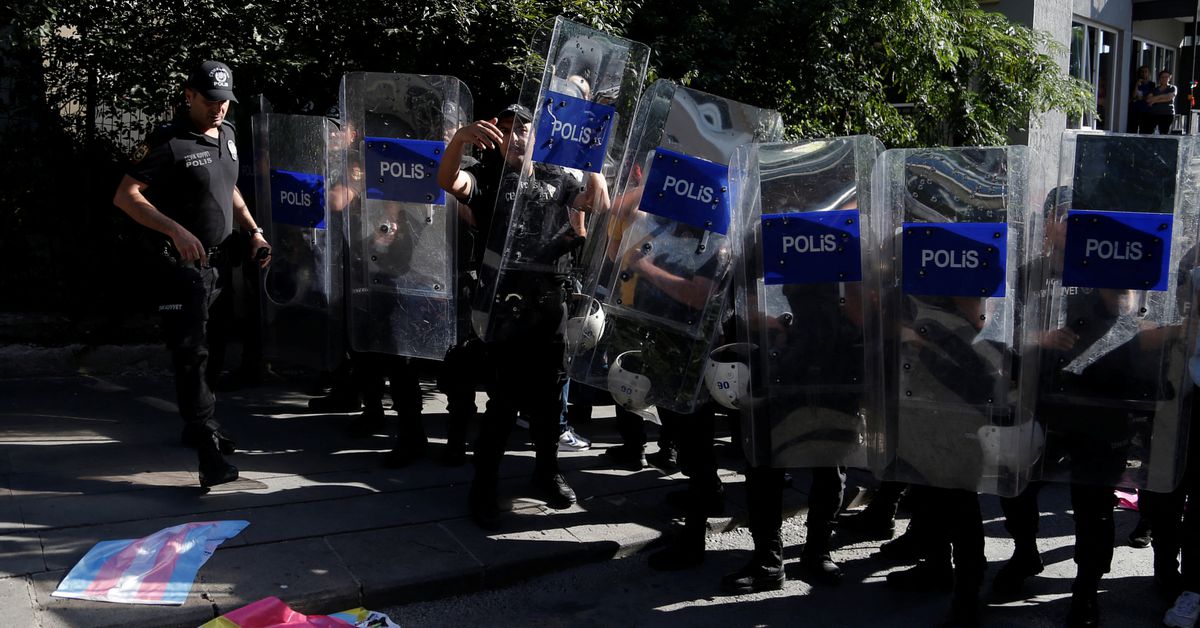