Around 8 billion euros ($8.64 billion) out of the 10.25-billion-euro investment intended for Turkey’s Istanbul Airport has been completed so far, the top shareholder in the joint venture running the mega facility said Monday.

Cemal Kalyoncu, the chairperson of the board of directors of Kalyon Holding, said the investment has been made through their own resources and loans, and that the remaining part will be realized according to the need.

“We have built the largest, healthiest and most functional airport in the world,” Kalyoncu told Anadolu Agency (AA). Istanbul Airport ranks first in Europe and second in the world in terms of the number of passengers, he noted.

In addition to its role in multiple megaprojects, the gleaming glass-and-steel structure along the Black Sea coast, as well as a massive solar power plant that is being built in the central province of Konya, have made Kalyon Holding come to the fore over recent years.

Kalyon Holding is due to secure its spot as the majority shareholder in IGA Havalimanı Işletmeleri, the company founded in 2013 to construct and operate Istanbul Airport, after two investors recently decided to sell their shares.

Limak Yatırım Holding and Mapa Inşaat are selling their stakes of 20% each in IGA and their shares will be purchased by Kalyon and another partner, Cengiz Inşaat.

The transaction, subject to the approval of the Competition Authority (RK), will see the holdings of the two raising to 55% and 45%, respectively.

The consortium that had made the winning 22.15 billion euro bid back in May 2013 to build and operate the airport consisted of Kalyon, Limak, Kolin, Cengiz and Mapa. Kolin sold its 20% stake to Kaylon and Cengiz in 2019, lifting their holdings in IGA to 35% and 25%, respectively.

The consortium is required to pay around 1.1 billion euros annually for 25 years.

It welcomed more than 26.4 million international passengers last year, a 66% year-over-year increase, the ACI data showed, as the travel industry sought momentum to recover from the fallout of the coronavirus pandemic.

It reflected the emergence of Istanbul, Europe’s largest city straddling Europe and Asia, as a major regional transport hub.

Istanbul Airport can handle 90 million passengers a year in the current phase, which, while it is a high figure, is nothing compared to its potential capacity to serve 200 million after the completion of all phases, making it the world’s largest.

Once it reaches the capacity to host 120 million passengers, some 4.5% of Turkey’s gross domestic product (GDP) will be coming from the airport, Kayloncu said.

All four phases of the airport’s construction and expansion, including six runways, are expected to be completed by 2028.

The airport handled a total of 37 million passengers last year, according to data compiled from Airports Council International Europe (ACI Europe), making it Europe’s busiest for the second year running.

The passenger traffic was still 46% lower compared to pre-pandemic levels.

It first grabbed the title of Europe’s busiest airport in 2020 – just a year after it opened – thanks to Turkey’s decision to allow travelers to freely enter the country in a bid to boost tourism revenues. It had served around 23.4 million passengers in 2020.

Kalyoncu suggested that the number of bird strikes and missed approaches dropped by 50% after the switch to Istanbul Airport from the old base, Atatürk Airport, back in April 2019.

He explained that the waiting time for aircraft to land has also been reduced, increasing the quality of Istanbul’s urban air and reducing noise pollution.

Kalyoncu also elaborated on the conglomerate’s massive solar power plant in Konya, which is poised to be fully operational by the end of 2022.

The installed capacity of the Karapınar solar project has reached 700 megawatts (MW), which already makes it the biggest in Europe.

At full capacity, it will deliver 1.35 gigawatts (GW) of clean electricity to approximately 2 million Turkish households when completed.

“When fully constructed, the capacity will cover an area equivalent to 2,600 football fields, will employ 3,000 people, and provide solar energy to people in Konya,” Kalyoncu said.

The plant will prevent nearly 2 million tons of carbon emissions annually and increase the share of solar energy in Turkey’s total energy production by 20%.

It will contain over 3.5 million solar panels and will be the biggest solar power plant in Europe built on a single site and one of the five biggest in the world.

The Karapinar plant has managed to secure the biggest financial contribution in Turkey in the renewables sector.

Kalyon Energy, a subsidiary of the conglomerate, in November signed a $812 million, 12-year financing deal with Britain’s export credit agency U.K. Export Finance (UKEF) and banks for the plant.

Kalyoncu said savings of $600 million would be made from the prevention of the country’s natural gas imports with the power plant in Konya and the solar panel factory in Ankara, which manufactures photovoltaic panels for the facility.

The company is also active in other renewable energy fields, including wind energy and hydroelectricity. 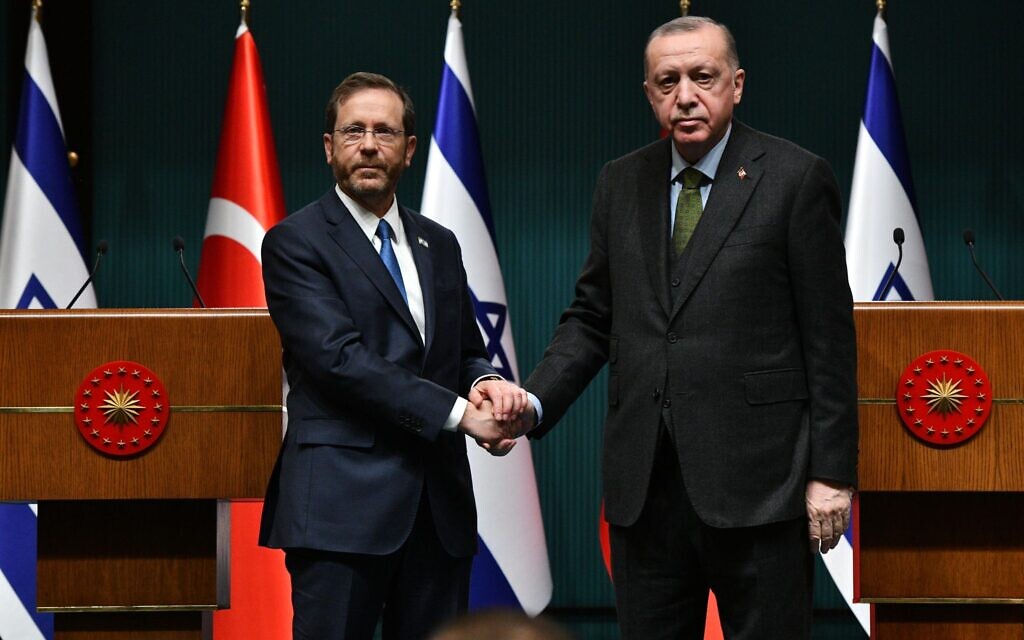