The brutal GDP report released on July 28, showing the economy had contracted for a second quarter in a row, led some to insist the much-feared recession had already arrived.

And in some ways that makes sense: Since 1948, every period of back-to-back quarters of negative growth coincided with a recession.

But the recession-is-already-here argument has been severely undermined since that GDP report came out. A series of events in the past 10 days suggest those recession calls are, at a minimum, premature.

Yes, the economy is cooling off after last year’s gangbusters growth. But no, it does not appear to be suffering the kind of downfall that would qualify as a recession.

Mark Zandi, chief economist at Moody’s Analytics, has only grown more confident that the US economic recovery is intact.

“This is not a recession. It’s not even in the same universe as a recession,” Zandi told CNN. “It’s just patently wrong to say it is.”

Zandi said the only thing signaling an ongoing recession is those back-to-back quarters of negative GDP. Yet he predicted those GDP declines will eventually get revised away. And there are early indicators that GDP will turn positive this quarter.

Of course, none of this means the economy is healthy. It isn’t. Inflation remains way too high.

And none of this means the economy is out of the woods. It isn’t.

A recession remains a real risk, especially next year and in 2024 as the economy absorbs the full impact of the Federal Reserve’s monster interest rate hikes.
And it remains possible that the economy stumbles so much in the months ahead that economists at the National Bureau of Economic Research, the official arbiter of recessions, eventually declare that a recession began in early 2022. But for now, it’s way too early to say that’s the case.

The biggest issue in arguing that a recession has already begun is the fact that hiring ramped up — dramatically — in July. The United States added a staggering 528,000 jobs last month, returning payrolls to pre-Covid levels.

An economy that’s in recession doesn’t add half a million jobs in a single month.

“I don’t think anything in the data about where we are right now in the economy is consistent with what we typically think of as a recession,” Brian Deese, director of the White House National Economic Council, told CNN in a phone interview last week.

If anything, the job market is too hot. And that is a problem for the months ahead because it allows the Federal Reserve to aggressively raise interest rates without resulting in widespread damage to the labor market in its bid to slow the economy down.

The risk is that the Fed ends up slamming the brakes so hard that it slows the economy right into a recession.

Inflation is cooling off, finally

There is a growing sense that perhaps the worst is over on the inflation front.

The biggest inflation headache — gasoline prices — is finally easing in a big way. The national average for regular gasoline has now plunged by more than $1 since hitting a record high of $5.02 a gallon in mid-June.

Beyond gasoline, diesel and jet fuel prices are also falling, easing inflationary pressure on the rest of the economy.

The energy cooldown lowered inflation metrics in July and should do the same, if not more so, in August.

The Bureau of Labor Statistics said last week that consumer prices were 8.5% higher in July than they were a year earlier. Although that remains alarmingly high, it is down from the 40-year high of 9.1% in June. And, month over month, prices were little changed.
Wholesale inflation may also be peaking. The producer price index, which measures prices paid to producers for their goods and services, decelerated in July by more than anticipated on a year-over-year basis. And PPI declined month over month for the first time since the economy was shut down in April 2020.

In some ways, the recession debate is semantics.

Recession or not, Americans are clearly hurting right now because the cost of living is too high. Real wages, adjusted for inflation, are shrinking. And although consumer sentiment as measured by the University of Michigan has climbed two months in a row, it remains near record lows.

However, for many, an actual recession would be far more painful than today’s environment.

A recession would likely involve the loss of not just hundreds of thousands but millions of jobs. Unable to make their mortgage payments, families would face foreclosure on their homes. And small, medium and large businesses would go under.

None of those things are happening in a significant way, at least not yet.

But flashing red lights in the bond market suggest that could change.
The yield curve — specifically, the gap between 2-year and 10-year Treasury yields — remains inverted. And in the past, this has been an eerily accurate predictor of recessions. It has preceded every recession since 1955.

In all, recent economic data suggests that the potential recession may have been delayed, not canceled altogether.

While the risk of a recession over the next six to nine months appears to have gone down, Zandi said, the risk of one in the next 12 to 18 months has gone up. 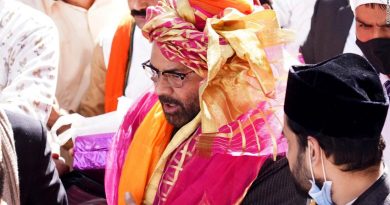