Around a year and a half ago, Yann LeCun realized he had it wrong.

LeCun, who is chief scientist at Meta’s AI lab and one of the most influential AI researchers in the world, had been trying to give machines a basic grasp of how the world works—a kind of common sense—by training neural networks to predict what was going to happen next in video clips of everyday events. But guessing future frames of a video pixel by pixel was just too complex. He hit a wall.

Now, after months figuring out what was missing, he has a bold new vision for the next generation of AI.

In a draft document shared with MIT Technology Review, LeCun sketches out an approach that he thinks will one day give machines the common sense they need to navigate the world.

For LeCun, the proposals could be the first steps on a path to building machines with the ability to reason and plan like humans—what many call artificial general intelligence, or AGI.

His vision is far from being comprehensive; indeed, it may raise more questions than it answers. The biggest question mark, as LeCun points out himself, is that he does not know how to build what he describes. Read the full story.

The smart city is a perpetually unrealized utopia

In a new essay, Chris Salter, an artist and professor of immersive arts at the Zurich University of the Arts, talks about how the concept of the smart city has always changed through the decades.

In it he also asks what role people should play in future cities. He writes: “When we assume that data is more important than the people who created it, we reduce the scope and potential of what diverse human bodies can bring to the “smart city” of the present and future. But the real “smart” city consists not only of commodity flows and information networks generating revenue streams for the likes of Cisco or Amazon.

The smartness comes from the diverse human bodies of different genders, cultures, and classes whose rich, complex, and even fragile identities ultimately make the city what it is.” Read the full essay.

1 The Online Privacy Bill is gathering momentum
The bill aims to curb businesses’ collection of users’ personal data, as well as helping them opt out of targeted advertising. (WSJ $)

2 Carbon capture isn’t the quick fix we want it to be
Experts think it’s smarter to channel time, effort and funding into renewables instead. (WP $)
+ The UK wants to capture CO2 and turn it into baking soda. (New Scientist $)
+ Carbon removal hype is becoming a dangerous distraction. (MIT Technology Review)
+ Climate change is altering the way that wine tastes. (Knowable Magazine)

3 A UK musician has successfully sued his record label over streaming royalties
Kieran Hebden, better known as Four Tet, argued that the rate he received was unfair. (BBC)
+ Spotify is still waiting for its podcasting gamble to pay off. (Bloomberg $)
+ The platform is testing a social feature to share what you’re listening to. (TechCrunch)

5 A recession could make some workers too nervous to work from home
Prompting them to head back into offices to prove their worth to their employers. (The Atlantic $)
+ Remote workers want to re-create those watercooler moments. (MIT Technology Review)

7 Even DALL·E mini’s creator doesn’t know why it’s obsessed with women in saris
But the program’s dataset is the most probable culprit. (Rest of World)
+ Popular text-to-image AI generators are staring down the barrel of a safety reckoning. (Time)

8 How an AI app could help detect early dementia
It identifies early signs of mild cognitive impairment in under five minutes. (Neo.Life)

9 An excitable NFT conference fell for a fake Snoop Dogg called Doop Snogg
There’s a lesson in this, somewhere. (The Guardian)
+ NFT.NYC sounds completely unhinged. (Motherboard)
+ NFTs of canned ice tea is the industry’s hottest property right now. (The Information)
+ I tried to buy an Olive Garden NFT. All I got was heartburn. (MIT Technology Review)

10 Want to feel better? Turn off your phone notifications

Ignoring a device’s default settings can provide a certain sense of freedom. (FT $)

—Jordi Berbera, who runs a pizza stand in Mexico City, tells Rest of World why he has turned to selling his wares through the social network instead of through more conventional food delivery apps.

“Am I going crazy or am I being stalked?” Inside the disturbing online world of gangstalking

Jenny’s story is not linear, the way that we like stories to be. She was born in Baltimore in 1975 and had a happy, healthy childhood—her younger brother Danny fondly recalls the treasure hunts she would orchestrate. In her late teens, she developed anorexia and depression and was hospitalized for a month. Despite her struggles, she graduated high school and was accepted into a prestigious liberal arts college.

There, things went downhill again. Among other issues, chronic fatigue led her to drop out. When she was 25 she flipped that car on Florida’s Sunshine Skyway Bridge in an apparent suicide attempt. At 30, after experiencing delusions that she was pregnant, she was diagnosed with schizophrenia. She was hospitalized for half a year and began treatment, regularly receiving shots of an antipsychotic drug. “It was like having my older sister back again,” Danny says.

On July 17, 2017, Jenny jumped from the tenth floor of a parking garage at Tampa International Airport. After her death, her family searched her hotel room and her apartment, but the 42-year-old didn’t leave a note. “We wanted to find a reason for why she did this,” Danny says. And so, a week after his sister’s death, Danny—a certified ethical hacker—decided to look for answers on Jenny’s computer. He found she had subscribed to hundreds of gangstalking groups across Facebook, Twitter, and Reddit; online communities where self-described “targeted individuals” say they are being monitored, harassed, and stalked 24/7 by governments and other organizations—and the internet legitimizes them. Read the full story.

+ I’m obsessed with this stylish furry crab and their jaunty little sponge hat.
+ Baz Luhrmann’s new biopic may be making headlines right now, but it turns out the King of Rock ‘n’ Roll was actually offered a plethora of roles himself.
+ These photos from this year’s Westminster Dog Show are joyous (congratulations Trumpet!)
+ If you’re feeling the sriracha shortage, gochujang and cholula are tasty hot sauce alternatives.
+ This cool site uses AI to rip songs apart into vocals, drums, bass and piano sections. 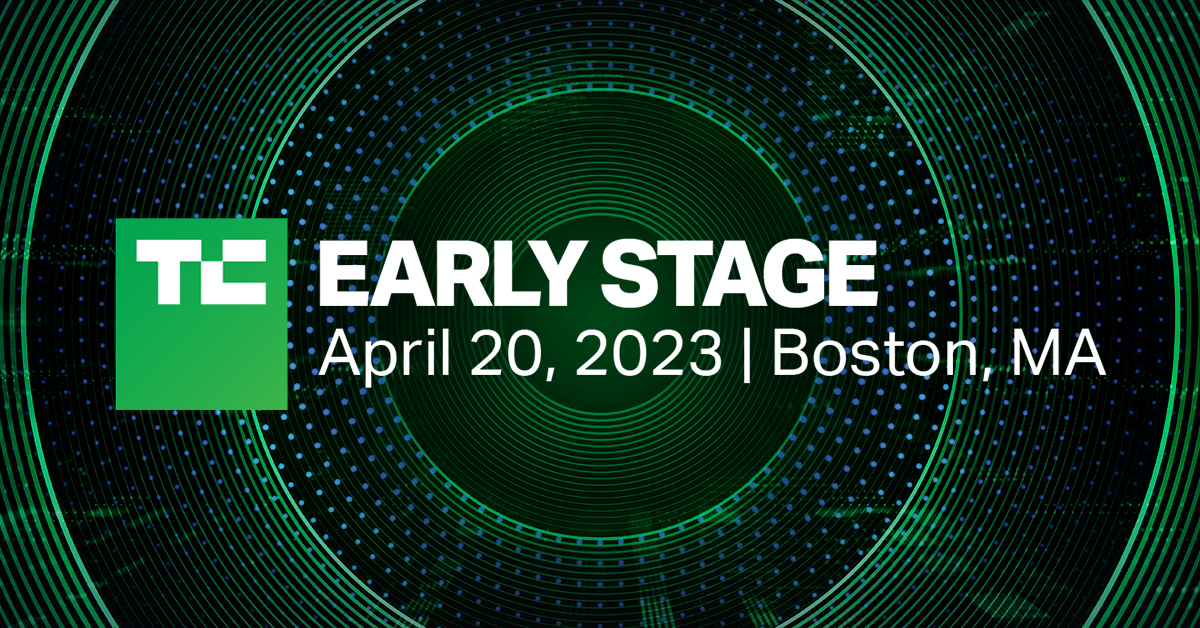 Show what you know at the TechCrunch Early Stage founder summit