You may never have heard of Hikvision, but chances are you’ve already been captured by one of its millions of cameras. The Chinese company’s products can be found anywhere from police surveillance systems to baby monitors in more than 190 countries. Its ability to make decent-quality products at cheap prices (as well as its ties with the Chinese state) has helped make Hikvision the largest manufacturer of video surveillance equipment in the world.

But while Hikvision’s close links with the Chinese government have helped it grow, these links may now be its undoing. The firm has helped build China’s massive police surveillance system and tailored it to oppress the Muslim minority groups in Xinjiang. As a result, the US government has imposed several sanctions on it in the last three years. This year, the US Treasury is reportedly considering adding Hikvision to the Specially Designated Nationals and Blocked Persons (SDN) List, usually reserved for countries like North Korea or Iran.

Here’s everything you should know about Hikvision: a firm that used to fly under the radar but now faces becoming the most sanctioned tech company in the world. Read the full story.

Scientists hacked a locust’s brain to sniff out cancer

They’ve done what? Some animals, including dogs, have been taught to spot signs that humans are sick. They’re thought to be able to sense the chemicals that people emit through body odor or breath. The mix of chemicals can vary depending on a person’s metabolism, which is thought to change when we get sick. But dogs are expensive to train and look after and making a device that mimics a dog’s nose is still too difficult. So scientists decided to “hijack” an insect’s brain instead.

How did they do it? They exposed the brain of a living locust and inserted electrodes into the lobes that receive signals from the insects’ antennae, which they use to sense odors. The locusts’ brains reacted distinctly to odors emitted from human cells both with and without cancer in a lab—the first time a living insect brain has been tested as a tool to detect the disease.

What next? The team behind the work hopes it could one day lead to an insect-based breath test that could be used in cancer screening, or inspire an artificial version that works in much the same way. Although that’s a long way off. Read the full story.

When you think of data centers, you probably picture a giant server farm in a rural area where electricity is cheap and tax breaks are plentiful. But now, to reduce lag times, companies are increasingly weaving nodes in their network into the fabric of cities.

A 24-story art deco building located at 60 Hudson Street in lower Manhattan, once a bustling telegraph station, is now home to vast halls of computer servers, while the One Wilshire building in Los Angeles, formerly home to a network of law offices, now oversees one-third of all internet traffic between the US and Asia—and demand is quickly growing. Read the full story.

2 How experts hope to protect Earth from deadly sun storms

Spoiler: SPF won’t do you any good. (Wired $)
+ The space mission to buy us vital extra hours before a solar storm strikes. (MIT Technology Review)

4 Maybe it’s time to rethink what we mean by the term ‘sentient’
Google’s AI dilemma shows how little we understand about what sentience really is. (The Atlantic $)
+ New York’s highest court doesn’t think an elephant is a person. What about an AI? (Vox)

5 How China and the west fell out over satellites
And raised serious questions about the control of earth-orbiting assets along the way. (FT $)
+ SpaceX made three rocket launches in just 36 hours. (Gizmodo)
+ There’s somewhere between 6 and 20 trillion galaxies in the universe—we think. (Big Think)
+ How to fight a war in space (and get away with it). (MIT Technology Review)

6 Big Tech has formed a metaverse open standards group
Meta, Epic and Microsoft are on board—but Apple is yet to sign up. (The Verge)

7 Celsius customers are desperate to withdraw their crypto funds
The crypto lender has as much as $8 billion in deposits—but they’re frozen. (WP $)
+ Crypto exchange Binance claims to be unfazed by crypto’s recent plunge. (Protocol)

8 A children’s hospital network passed patients’ data to Facebook
The data could reveal an individual’s health conditions, and their parents’ profiles. (The Markup)
+ Meta has agreed to overhaul its targeted ad system following a DoJ settlement. (WP $)

9 The theory of general relativity is still amazing us
More than a century after Albert Einstein described it. (CNET)

10 Your smart hot tub is a hacking risk
It could end up a “hot, stinky soup” if you’re not careful. (Motherboard)

“Now we all know the tide is receding. The buildings are collapsing. The old dreams were nowhere to be found.”

—An Airbnb user mournfully reflects on the company’s decision to withdraw from China, removing around 150,000 listings and narrowing the country’s exposure to overseas visitors, according to Rest of World.

Lie detectors have always been suspect. AI has made the problem worse.

The belief that deception can be detected by analyzing the human body has become entrenched in modern life. Despite numerous studies questioning the validity of the polygraph, more than 2.5 million screenings are conducted with the device each year, and polygraph tests are a $2 billion industry. US federal government agencies including the Department of Justice, the Department of Defense, and the CIA all use the device when screening potential employees. According to 2007 figures from the Department of Justice, more than three-quarters of all urban police and sheriff’s departments also used lie detectors to screen hires.

But polygraph machines are still too slow and cumbersome to use at border crossings, in airports, or on large groups of people. As a result, a new generation of lie detectors based on artificial intelligence have emerged in the past decade. Their proponents claim they are both faster and more accurate than polygraphs.

In reality, the psychological work that undergirds these new AI systems is even flimsier than the research underlying the polygraph. There is scant evidence that the results they produce can be trusted. Nonetheless, the veneer of modernity that AI gives them is bringing these systems into settings the polygraph has not been able to penetrate: border crossings, private job interviews, loan screenings, and insurance fraud claims. Corporations and governments are beginning to rely on them to make decisions about the trustworthiness of customers, employees, citizens, immigrants, and international visitors. But what if lying is just too complex for any machine to reliably identify, no matter how advanced its algorithm is? Read the full story.

A place for comfort, fun and distraction in these weird times. (Got any ideas? Drop me a line or tweet ’em at me.)+ If you’ve been enjoying Netflix’s heartwarming show Old Enough, this account of what it’s like to go shopping alone as a child in Japan will be right up your street.
+ Well, this is one way to think about the rise and fall of ancient civilizations.
+ If gripping TV thrillers are your bag, here’s a list to work your way through.
+ That unrivaled feeling when your favorite song comes on in the car.
+ This photo of a snapping turtle is really quite something.

Is the future of the microchip industry going to be Made in America? – TechCrunch 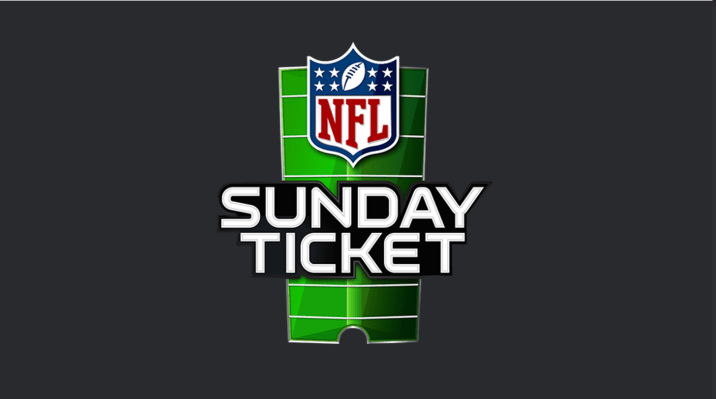