Payton Gendron, 18, is accused of killing 10 Black people and injuring three others in a racially-motivated attack in the United States.

The avowed white supremacist charged with a racist mass shooting that killed 10 people at a supermarket in a Black neighbourhood in Buffalo, New York pleaded not guilty to hate-motivated domestic terrorism as well as other charges, as a prosecutor called the evidence against him overwhelming.

The accused shooter, Payton Gendron, appeared in court on Thursday for an arraignment hearing. Gendron did not speak during the brief hearing held with a heavy security presence. The judge ordered the 18-year-old to be held without bond. He is due back in court on July 7.

Gendron was targeting Black people, authorities said, when he drove three hours from his home near Binghamton, New York in the US and shot 13 people with a semiautomatic, assault-style rifle at a Tops supermarket in Buffalo, in a predominantly Black neighbourhood. All 10 people killed in the May 14 attack were Black.

The slain victims ranged in age from 32 to 86. Three other people were wounded.

“There is overwhelming proof of the defendant’s guilt,” Assistant District Attorney John Fereleto said. “The defendant was caught at the scene of the crime with the weapon in his hands.”

The development comes as the United States is reeling from consecutive mass shootings that have reignited a long-standing national debate over US gun laws. The Buffalo shooting was followed by a school massacre in Uvalde, Texas last week that left 19 children and two teachers dead.

A grand jury returned a 25-count indictment on Wednesday. The indictment’s first count – domestic terrorism motivated by hate – accuses Gendron of carrying out the attack “because of the perceived race and/or color of such person or persons” injured and killed.

The gunman streamed a video of the attack to a social media platform in real time after posting white supremacist material online showing he had drawn inspiration from previous racially motivated mass killings, authorities have said.

Hours after the Buffalo attack, Gendron pleaded not guilty to a single count of first-degree homicide during an initial arraignment. He faces life in prison without parole if convicted. New York State has no capital punishment.

100 days of war: Russia ‘losing’ in Ukraine and uniting the west

With Roe in doubt, is tech surveillance of pregnancy next? 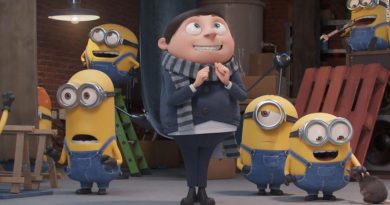