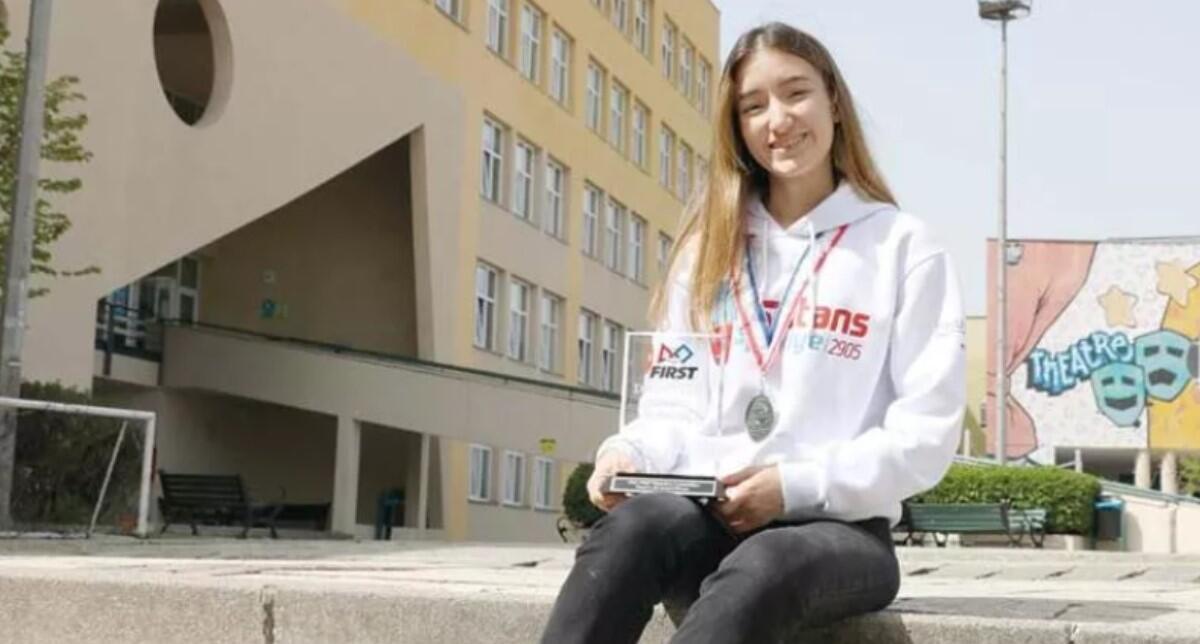 Sultans of Türkiye, a Turkish robotics team consisting of 14 students studying at the Darüşşafaka Schools, has won the “Engineering Inspiration Award,” the most prestigious award in robotics given by the First Robotics Competition in the U.S.

With this award, eight female and six male members of the team have earned the right to participate in the World Championship which will be held next year under the sponsorship of the U.S. National Aeronautics and Space Administration (NASA).

The team, which was established in 2007, won the same prestigious award in 2019.

There is also another strongly applauded success the team reached in the First Robotics Competition. Nazlı Eren, the 17-year-old captain of the team, was announced as “Dean’s List Award Winner,” an award given to 10 students across the globe for their leadership.

Eren, the 11th-grade student, became the first Turk to bag the award.

“I joined the team in the ninth grade. Due to master-apprentice relationship, we got trained by our elders,” Eren said.

Being the captain of the team in her third year on the team, Eren said, “I care about forming gender equality in the team and encouraging more women in software.”

Sultans of Türkiye, the Darüşşafaka robotics team, made the country proud with some 23 awards in international tournaments since 2009.

First Robotics Competition is an international tournament among high schools across the globe, running since 1989. Every January, FRC announces the concept of the year and the teams produce robots based on that.

The finals are held in Texas annually.

Dean’s List is an award given to honor the members of robotics teams showing great leadership amid the competitors.

Eren, stood out amongst hundreds of other candidates from around 40 countries, and won this year’s award.

When asked what her dream for the future is, Eren said, “I want to study business management and computer science and become a beneficial citizen to my country.”

She made a speech to some 45,000 people taking part in the competition and watching the awards ceremony online where she told the story of her team.

Darüşşafaka Schools, Turkey’s first schools to have been established by a non-governmental organization, have been providing since 1873, full-scholarship, boarding, and high-quality education to those talented but financially disadvantaged children with deceased fathers or mothers. Today, at Darüşşafaka, almost 1,000 children from all over the country receive boarding education in English with a full scholarship from the fifth grade until high school graduation.