Stax, a startup that allows Africans to buy airtime, send and request money, and transfer funds between accounts via automated USSD codes, has raised a $2.2 million seed extension round.

In a market where internet-enabled app-based banking can reach 300 million subscribers on the continent, USSD technology, which is predominantly offline and used mainly by feature phones, outpaces it with 850 million connections. This technology allows people to send and receive money, pay for bills and buy data offline and reports say more than 90% of digital transactions in sub-Saharan Africa are performed on its rails.

Telcos and banks dominate this mass market, providing the tech infrastructure that facilitates these code-based transactions. Typically, how it works is users dial a code for a service, say GTBank’s *737#, then follow a prompt asking if they want to send or receive money, pay bills or check their account balance, among other features, and the telco or bank acts upon that request.

But USSD does come with his own unique challenges. Take for instance Nigeria, where the average banked customer has three to five bank accounts. While some use bank applications or fintech platforms to make online transactions, others rely on USSD codes. For the latter group, memorizing one or two codes is one thing, cramming about five is a different ballgame.

Enter Stax. The company, founded by Ben Lyon, Jess Shorland and David Kutalek, brings all these codes from multiple accounts together into an app users can access offline and lets them perform transactions without dialling any USSD code. The play here for Stax really is to improve users’ experiences.

“Stax is all of your bank accounts, all of your mobile wallets, all of your crypto in a single app that works without mobile data. What we’re really trying to respond to is tap into this recognition that you have about 300 million smartphone owners across Africa, who have a strong preference to transact via USSD instead of apps because they keep their mobile data turned off,” said CEO Lyon to TechCrunch.

“And so what we’re doing is really building for them, because despite having a smartphone, they just want to be offline. And that’s really the sweet spot where Stax comes out.”

Stax describes itself as a remote team with employees working from the U.S., the U.K, Nigeria and Kenya. Its platform is active in 10 African markets, however it fully supports six countries: Kenya, Uganda, Tanzania, Nigeria, Ghana and Ethiopia, where more than 100 banks and mobile money accounts are available for customers to use.

The platform came out of beta last May. It had fewer than 3,000 monthly active users in its first month but has since grown to acquire more than 170,000 customers, of which only 40,000 are active monthly users.

While USSD is hailed for its ease-of-use and offline features, experts have highlighted over the years that improper validation in the technology can lead to attacks from hackers with a propensity to leak sensitive information.

Lyon acknowledges this issue and draws attention to the lack of a unified data regulation, which he feels is somewhat responsible for these lapses. “For any company that wants to go pan-African, then it’s going to be intensely difficult to kind of comply with all of those local regulations. And so my view on that is that the only way to win that game is to play a different game,” he said. 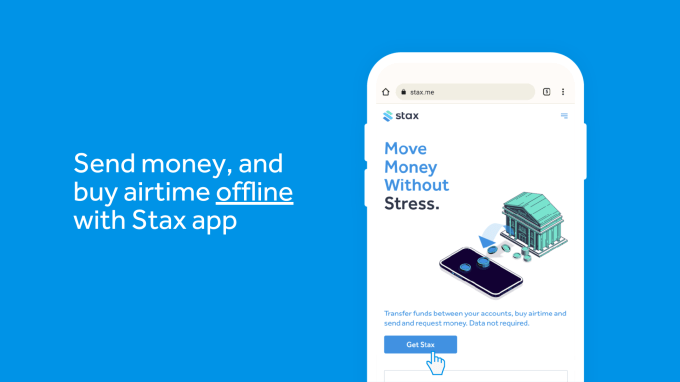 When users download Stax, they are only required to allow permissions from the app to send and view messages, access contacts and make and manage phone calls. According to Lyon, these permissions don’t divulge the personal information of customers. Therefore, in the event of a hack, for example, hackers can’t harm users, do anything with the data stolen or move money.

“We’d like to know as little as possible about our users individually, we don’t want to know their personal and identifiable details. So just kind of moving toward a point of like this is a utility app for your money void of advertisement and cross-selling. We’re never going to sell your data, we’re never going to try and narrow ads to you,” explained the CEO on how Stax combats this situation.

Selling data for cross-selling would’ve presented Stax with an opportunity to get ad dollars. But having designed its app for a different purpose, the company– which currently makes no revenue– intends to charge commissions from partner brands who would like to provide its users with additional services down the line.

Before Stax, the founders — Lyon, COO Shorland and CTO Kutalek — met in Kenya, where they ran different fintech-related businesses. Mobile money is used in Kenya than anywhere else in the world so they brainstormed around the technology and saw an opportunity in optimizing USSD rails for future use cases.

“We recognised that almost all digital financial services in the continent actually use USSD as their primary channel. So we set out originally with the question of ‘how can we make USSD programmable and how can we open it up so that one could effectively kind of screen scrape USSD services to build new experiences on them?’” said Lyon.

The first iteration of the company was Hover. It was an API platform that allowed developers to build apps on top of USSD rails. Two years later, the platform couldn’t scale and the company did not make enough revenue from developers. It chose to go vertical to what it is today, Stax; so instead of an API platform, it became a universal money app on USSD rails for African users. The parent company still remains Hover.

Stax plans to include several features in the course of its journey, including a self custody crypto wallet starting with USDC so users can buy airtime when they dial nonfinancial codes. The seed extension equips Stax to develop these features and also expand its services from 10 African countries to 50 by the time it closes its Series A round.

Lyon said Stax is also eyeing an emerging market play where it will expand beyond Africa into other markets where the use of USSD is prevalent, like South and Southeast Asia. But that will come much later. 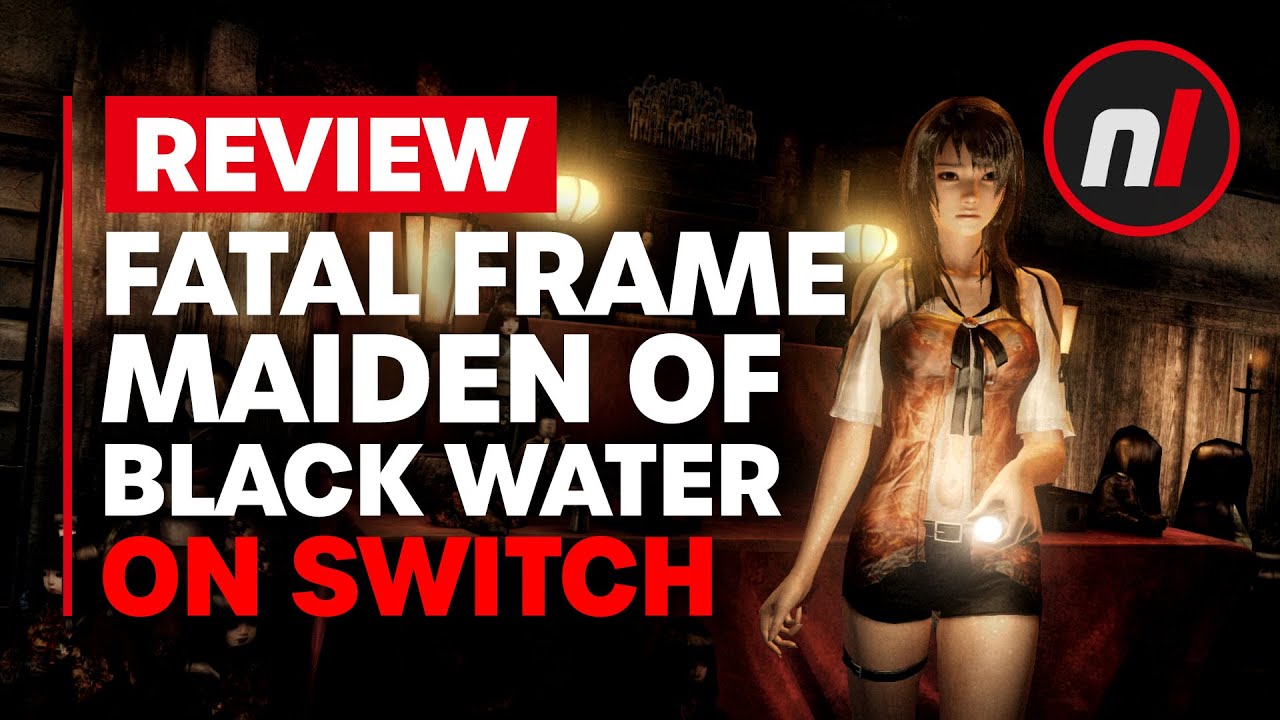 Fatal Frame: Maiden of Black Water Nintendo Switch Review – Is It Worth it? 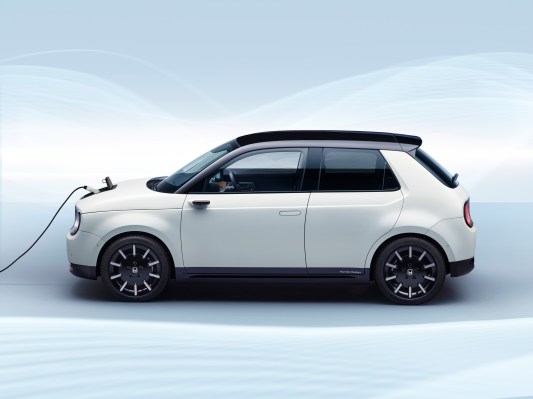 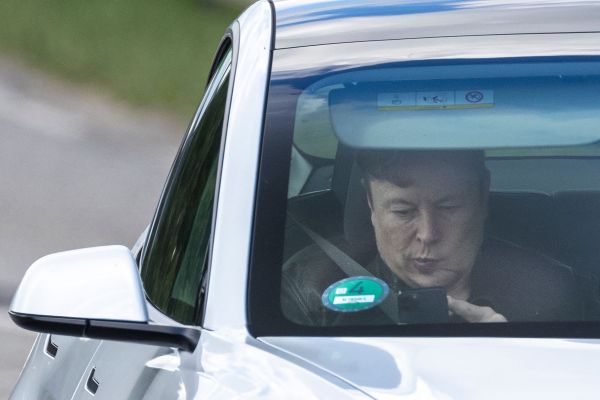