South Korean police have said crowd control measures at the scene of a deadly Halloween crush in the capital, Seoul, were “inadequate”, promising tough new safety measures to prevent such a tragedy from happening again.

National Police Commissioner General Yoon Hee-keun told reporters on Tuesday that he felt “limitless responsibility about public safety over this accident” that killed at least 156 people.

The crush, which took place in Seoul’s Itaewon district, was the deadliest such disaster in South Korea and happened after an estimated 100,000 people – many in their teens and twenties and dressed in costume – flocked to the area’s bars, restaurants and clubs to celebrate Halloween.

But neither police nor local authorities were actively managing the crowd as the celebration was not an “official” event with a designated organiser.

Still, Yoon said, “there were multiple reports to the police indicating the seriousness at the site just before the accident occurred”.

Police knew “a large crowd had gathered even before the accident occurred, urgently indicating the danger,” he said, acknowledging the way this information was handled had been “inadequate”.

“I will do my best to make sure such a tragedy as this does not occur again,” Yoon said, adding that the “police will speedily and rigorously conduct intensive inspections and investigation on all aspects without exception to explain the truth of this accident”.

South Korea is typically strong on crowd control, with protest rallies often so heavily policed that officers can outnumber participants. At the time of the Itaewon disaster, about 6,500 officers were present at a protest across town that was only attended by about 25,000 people, according to local media.

Police had previously said they had deployed 137 officers to Itaewon for Halloween.

South Korean President Yoon Suk-yeol, who has declared a week-long period of national mourning, paid his respects to the victims of the disaster at a makeshift memorial on Tuesday.

At the memorial site, located near the narrow alleyway where the disaster happened, Yoon placed a flower and bowed deeply.

Earlier in the day, he said the country needed to urgently improve its system for managing large crowds.

“We should come up with concrete safety measures to manage crowds, not only on these streets where this massive disaster took place but at other places like stadiums and concert venues where large crowds gather,” he said at a cabinet meeting.

These must include “cutting-edge digital capabilities” to improve crowd management, he said, but critics claim such tools already exist and were not deployed in Itaewon.

Seoul’s City Hall has a real-time crowd monitoring system that uses mobile phone data to predict crowd size, but it was not employed on Saturday night, local media reported.

Itaewon’s authorities also did not deploy any safety patrols, with officials saying the Halloween event was considered “a phenomenon” rather than “a festival”, which would have required an official plan for crowd control.

On the night, thousands of people thronged a narrow alleyway, with witnesses describing how, with no police or crowd control in sight, confused partygoers pushed and shoved, crushing those trapped in the lane.

Analysts said the disaster could have been avoided, even with only a small number of police officers.

“Good, safe crowd management is not about the ratio, but about the crowd strategy – for safe crowd capacity, flow, density,” said G Keith Still, a crowd science professor at the University of Suffolk.

South Korean expert Lee Young-ju said that if local police knew they would be short-handed, they could have sought help from local authorities or even residents and shop owners.

“It’s not just the numbers,” Lee, a professor from the Department of Fire and Disaster at the University of Seoul, told the AFP news agency.

“The question is, how did they manage with the limited number [of police] and what kind of measures did they take to make up for it.” 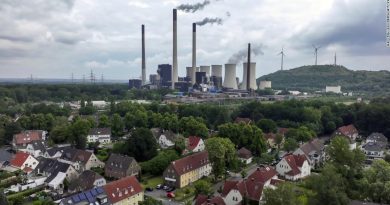 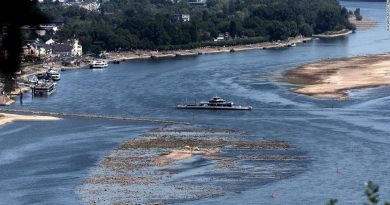