There is nothing to celebrate for Denford Murisi, 45, amid events for World Day for International Justice as he wallows in a maximum security jail in Zimbabwe without trial.

Murisi was 35 when he was arrested and imprisoned for stock theft in his rural home in Mwenezi, a district in the southeastern province of Masvingo.

For a decade now, he has been back and forth for routine remand at the magistrate’s court in the Zimbabwean capital of Harare.

Murisi is not alone.

Thousands of inmates in the southern African nation continue to languish in jails without trial.

Like Murisi, justice has remained elusive as they say they are serving time before their convictions.

“It’s clear that I’m already serving a sentence even before I get convicted,” Murisi told Anadolu Agency. “This is not justice.”

Murisi’s misery behind the prison walls only mounts as countries around the world prepare to mark the World Day for International Justice, observed yearly on July 17.

The day is meant to promote international criminal justice and support the work of the International Criminal Court.

But not so for dozens in Zimbabwe, including many who support the opposition Citizens Coalition for Change (CCC) group.

Fourteen CCC supporters are currently in custody pending trial at the Chikurubi and Harare Remand prisons after they were arrested in protests following the murder of fellow opposition activist Moreblessing Ali in Chitungwiza, 25 kilometers (16 miles) southeast of Harare.

Six other opposition backers arrested after protesting against rising fuel prices in January 2019 were released earlier this month after serving time, likewise without trial.

As commemorations near completion for July 17, human rights lawyers like Doug Coltart paint a gloomy picture of the country’s justice system.

He said that International Justice Day is “an opportunity for us as a nation to take stock about what we are doing to address international crimes which are being committed within our jurisdiction.”

“We have a continuing problem of enforced disappearances, the use of torture by law enforcement agencies, extra-judicial killings, such as those on Aug. 1, 2018 and in January 2019,” he said.

On Aug. 1, 2018, Zimbabwean soldiers shot and killed six civilians after protests broke out as suspected members of the opposition demanded the immediate release of presidential election results.

To Coltart, both stand as unresolved international crimes.

“These issues are not being addressed by our domestic justice system, where the perpetrators of these crimes are going scot-free and are not even being brought to court,” he told Anadolu Agency.

The human rights lawyer argued that Harare’s refusal to ratify the Rome Statute of the International Criminal Court gives the impression that it “wishes to continue to be a pariah on the international stage when it comes to bringing justice for international crimes.”

Hear and see no evil

But, stalwart supporters of the ruling party, like Taurai Kandishaya, deny that any wrongdoing is taking place, even as lawyers like Coltart observe the judiciary’s shortcomings.

As Kandishaya praised the party, whose leader Mnangagwa recently told supporters that no opposition would rule the country any time soon.

Soon after in February, 80 supporters of the CCC were arrested in Masvingo, Zimbabwe’s oldest city, as they campaigned door-to-door ahead of the parliamentary by-elections in March.

The arrests occurred a day before a planned rally to launch the CCC’s by-election campaign in Harare.

Opposition leaders have accused the regime of perpetrating injustices against critics of the government.

Fadzayi Mahere, spokeswoman of the CCC, told Anadolu Agency that the government had “broken its social contract with the people through its continued disregard of fundamental human rights.”

“No nation can prosper when the government has declare war on the people. The regime in Harare must stop weaponizing the justice system to silence the main opposition, journalists, civic society actors and government critics,” she said.

Besides dissenters, ordinary prisoners are also bearing the brunt of the crackdown.

Fearing the consequences of speaking up, an inmate at Chikurubhi maximum security jail who wished only to be identified as Rogers claimed he has been in jail on remand for 12 years on charges of murder that have yet to culminate in a conviction.

Though his trial started in 2015, Rogers is yet to receive a verdict.

“I think I’m now serving my time in jail, but I was not convicted,” he told Anadolu Agency.

Another inmate, Farai Nyamurenje, claimed he has not seen the world outside prison for the past 10 years as he awaits trial.

Amid the crackdown, media activists like Rashweat Mukundu, a researcher and Africa advisor at the Denmark-based International Media Support group, sees nothing to celebrate on the World Day for International Justice.

In Zimbabwe, said Mukundu, the judiciary and correctional services are being deployed against political opponents, including journalists and human rights activists.

Zimbabwe’s Constitution requires that any person who is arrested “must be released unconditionally or on reasonable conditions, pending charge or trial, unless compelling reasons are justifying their continued detention.”

But, critics say this is not necessarily observed by authorities.

“Essentially, the justice system and correctional services have all but collapsed in Zimbabwe. This is because the judiciary has largely been captured by the political elite for the purposes of its use in power retention,” Mukundu told Anadolu Agency.

“So, you will see that there has been a collapse in not only the judiciary system in terms of the time, the processes of dispensing justice, with many people remaining jailed without trial for years and years.”

Such appears to be the case for inmates like Murisi, alongside jailed opposition activists, for whom opposition leaders demand justice.

“We call for respect of the rule of law and a return to constitutionalism in Zimbabwe. We also call for an immediate stop to the enactment of draconian unconstitutional legislation including proposed laws to criminalize free speech under the guise of ‘enforcing patriotism,'” said Mahere. 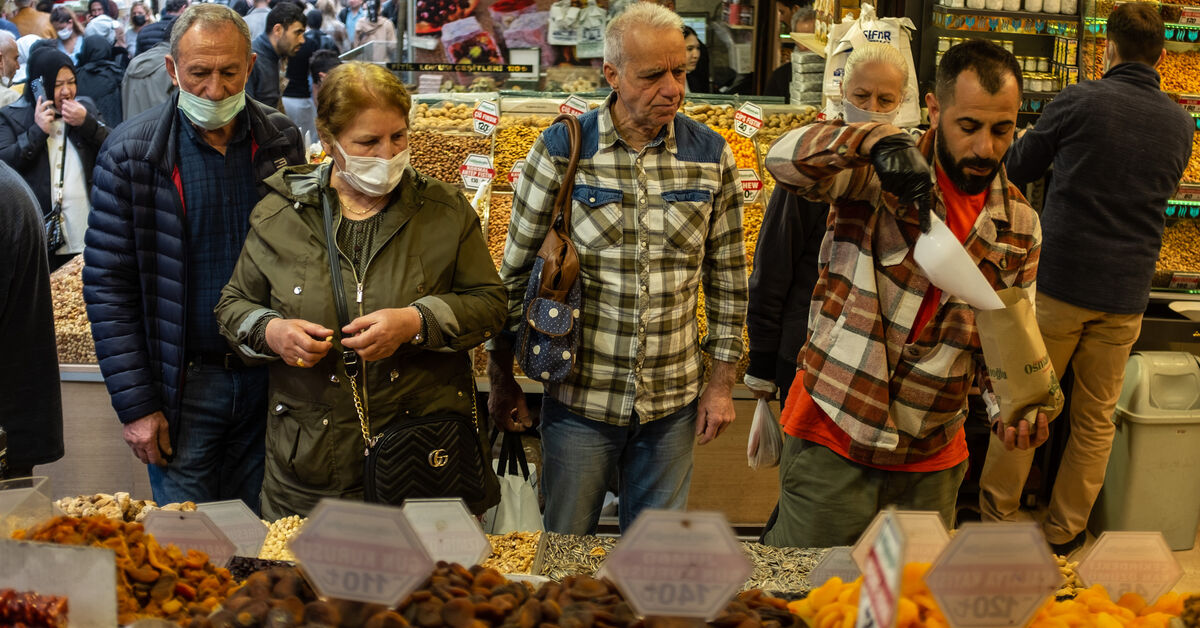