The cost of items such as sugar and cabbage, which came under pressure as people rushed to stock up on supplies, declined on a weekly basis.

Russian weekly inflation slowed to a level last seen before the invasion of Ukraine in February, a turnaround helped by a stronger ruble and the end of panic buying that caused some snap shortages.

Price growth was just 0.2% in the seven days ended April 15, slowing for the sixth week in a row and now at less than a 10th the pace in early March, the Federal Statistics Service said Wednesday.

The cost of items such as sugar and cabbage, which came under pressure as people rushed to stock up on supplies, declined on a weekly basis. Even prices of durables like domestic cars and vacuum cleaners fell slightly.

The reprieve has already allowed the central bank to unwind part of its emergency increase in interest rates and promise more monetary easing to come. Still, Bank of Russia Governor Elvira Nabiullina has warned the economy faces a reckoning as international sanctions imposed over the war in Ukraine force business to adjust by depriving them of many imported components and disrupting supply chains. 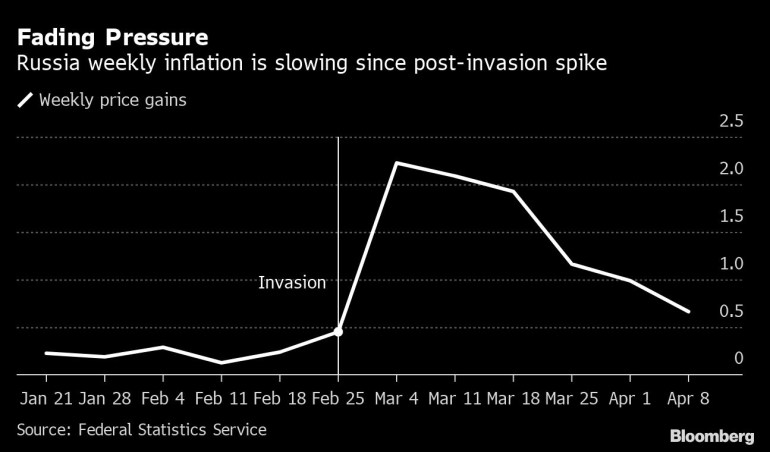 Consumer demand has already buckled amid fears of additional sanctions, and annual inflation is approaching 20%. Growth in factory-gate prices, an early indicator of inflation, accelerated further in March and reached nearly 27% from a year earlier, according to the statistics service.

The Bank of Russia has responded by easing some of its capital controls and cutting its key rate to 17% from 20% as focus shifts to supporting the economy. Measures imposed to calm markets after the attack on Ukraine also helped put a brake on consumer prices by reversing declines in the ruble.

The economy is facing a deep, two-year recession, with this a contraction in gross domestic product forecast at 8.5% in 2022 by the International Monetary Fund. Nabiullina has said fighting inflation will be less of a priority and the central bank doesn’t expect to achieve its 4% target until 2024. 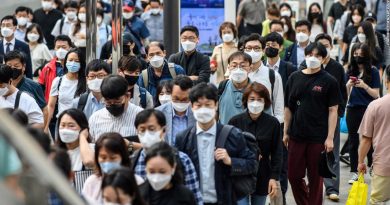 As Korean employees return to the office, so does ‘gapjil’ workplace harassment