Civilians tell rights group they endured ‘abusive screening processes’ as they were taken from Ukraine to Russia.

Russia has probably committed crimes against humanity by forcibly transferring Ukrainian civilians in Russian-occupied areas of the country to other regions, according to Amnesty International.

Civilians were moved from occupied Ukraine further into Russian-controlled areas or into Russia, with children separated from their families in violation of international humanitarian law, the rights group said in a report released on Thursday.

Amnesty said it had been told by civilians they had endured “abusive screening processes” – known as filtration – which sometimes resulted in arbitrary detention, torture and other ill-treatment.

“Separating children from their families and forcing people hundreds of kilometres from their homes are further proof of the severe suffering Russia’s invasion has inflicted on Ukraine’s civilians,” said Agnes Callamard, Amnesty International’s secretary general.

“Russia’s deplorable tactic of forcible transfer and deportation is a war crime. Amnesty International believes this must be investigated as a crime against humanity,” she said.

Ukraine has said it will raise the issue of its thousands of missing children at the G20 summit in Indonesia next week. President Volodymyr Zelenskyy is expected to attend the meeting remotely, although Ukraine is not a member. Russian President Vladimir Putin is not expected to travel to Indonesia and is reportedly sending Foreign Minister Sergey Lavrov instead.

Amnesty said that in one case, a woman was separated from her 11-year-old son during filtration, detained and not reunited with him.

The rights group said it interviewed 88 people, the majority of them civilians from Mariupol, the Ukrainian Black Sea city seized by Russia after a brutal siege, as well as residents from the Kharkiv, Luhansk, Kherson and Zaporizhia regions.

“Most, especially those from Mariupol, described coercive conditions that meant that they had no meaningful choice but to go to Russia or other Russian-occupied areas,” the report said.

The transfers “amounted to war crimes and likely crimes against humanity”, it added.

Amnesty said that once in Russia, several people said they felt pressured into applying for Russian citizenship, or that their movements were restricted.

The report is one of the most significant interventions by Amnesty over Russia’s invasion of Ukraine since it angered Kyiv in August by publishing a report that accused Ukraine of endangering civilians by establishing bases in schools and hospitals.

The group at the time said it stood by the findings of the report, which prompted the head of Amnesty’s Ukraine office to resign in protest, accusing Amnesty of parroting Kremlin propaganda.

But the organisation also acknowledged the “distress and anger” the report had generated.

In its latest release, Amnesty emphasised it had been documenting “war crimes and other violations of international humanitarian law committed during Russia’s war of aggression in Ukraine since the conflict began” and has called for officials to face justice. 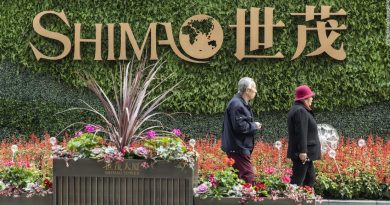