The European Union on Sunday activated its firefighting air fleet assistance programme that allows member nations to share resources to help Portugal. Spain, which has also endured wildfires recently, quickly responded by mobilising two firefighting planes to send to its neighbour, according to the EU crisis commissioner, Janez Lenarcic.

The EU says climate change has the continent facing one of its hardest years for natural disasters such as droughts and wildfires.

In June, 96 percent of the southern European country was classified as being in either in “extreme” or “severe” drought.

The fires have caused authorities to increase a state of alert already in place. Portugal’s government declared a state of heightened alert on Saturday that will run through Friday.

The wildfires come as Portugal endures a heatwave with temperatures expected up to 43 degrees Celsius (109 degrees Fahrenheit). The country has adopted restrictions barring public access to forests deemed to be at special risk, banned the use of farm machinery and outlawed fireworks. 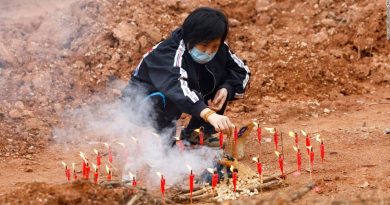