She was hit by a live bullet on Wednesday while covering Israeli raids in the city of Jenin, according to the ministry and Al Jazeera journalists.

In video footage of the incident, Abu Akleh can be seen wearing a blue flak jacket clearly marked with the word “PRESS”.

Abu Akleh, 51, was born in Jerusalem. She began working for Al Jazeera in 1997 and regularly reported from across the occupied Palestinian territory. 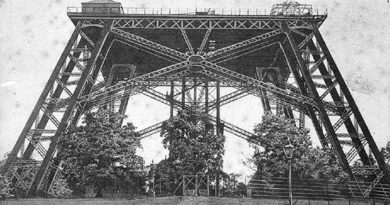 How London almost got its own Eiffel Tower