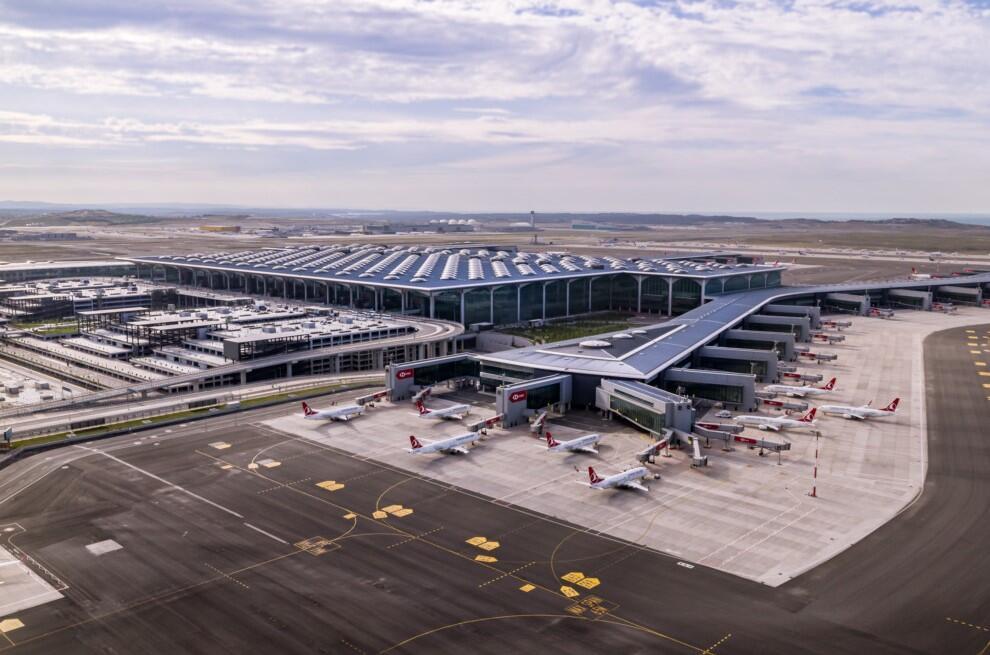 Passenger traffic at Turkey’s airports increased by 72.6 percent in January-April to 41.15 million people, the General Directorate of State Airports Authority (DHMİ) has said.

The international passenger tally was up by 134 percent in the first four months of 2022 from the same period of last year to 19.8 million people.

Some 21.3 million domestic passengers went through the country’s airports, pointing to a 39 percent increase on an annual basis.

Istanbul Airport, one of the busiest airports in Europe, served a total of 15.9 million passengers in January-April, which translated into a robust 109 percent increase in traffic. The number of international travelers rose by 111 percent from a year ago to 11.9 million people, while 4 million domestic passengers used the airport, up by 103 percent.

The latest data confirm the revival in tourism activity in Turkey’s largest city. In the first quarter of this year, Istanbul saw a 136 percent increase in foreign tourist arrivals to 2.9 million people.

Istanbul would attract more tourists from Saudi Arabia and Egypt as Ankara has taken steps to improve its diplomatic ties with those two countries recently, said Ahmet Yaşar, the head of an organization that represents hoteliers in the city.

Sabiha Gökçen, the second major airport on the Asian side of Istanbul, reported a 53 percent increase in passenger traffic, with the international traveler tally rising 157 percent to 4.2 million people. The airport also welcomed 4.3 million domestic passengers in the first four months, up 9 percent from a year ago.

According to the Airports Council International Europe (ACI Europe), Istanbul Airport topped the list of 10 European airports by traffic volume in 2021 and Sabiha Gökçen ranked sixth. The airport in Antalya, which is a major tourist destination on the Mediterranean coast, was the ninth busiest airport in Europe last year.

Data from the DHMİ showed that more than 2.1 million international passengers went through Antalya Airport in January-April, a staggering 157 percent increase from the same period of 2021. Domestic passenger traffic at the airport also grew by 68 percent year-on-year to 1.6 million people.

Other airports, which are located near the country’s tourist hotspots, also saw significant increases in the number of international passengers.

Adnan Menderes Airport in İzmir reported a 344 percent increase, while the growth in international passenger traffic at the Muğla Dalaman Airport was more than 1,000 percent. Milas-Bodrum Airport served some 45,000 international travelers, up by 1,810 percent from the January-April period last year.

There are 56 airports in Turkey. Unveiling the country’s transport and logistics master plan last month, Transport and Infrastructure Minister Adil Karaismailoğlu said that the number of airports will be increased to 61 by 2053.

Turkey’s Erdogan: Armenian attitude towards Azerbaijan will have consequences

Canada stun Türkiye in front of their home fans