Pakistanis have recently found a new topic to debate: Can the reduction in tea intake help revive the country’s tottering economy?

The storm was brewed after the planning and development minister and the secretary-general of the ruling Pakistan Muslim League (Nawaz) urged citizens to reduce their tea intake by one or two cups daily to wean huge tea exports, which annually cost $600 million to the national kitty.

The comments echoed remarks made by the speaker of the provincial assembly of northwestern Khyber Pakhtunkhwa in 2020, advising residents to “take half bread instead of eating one of two” to cope with rising prices.

The latest idea, nevertheless, does not sit well with tea lovers, which see the hot milky caffeinated drink as the “most affordable” choice.

Home to 210 million people, the South Asian nuclear country is currently grappling with skyrocketing inflation, like any other nation in the world, amid a deepening economic crisis propelled by depleting foreign reserves and the ever-depreciating value of the rupee.

“Tea is still the most affordable choice to enjoy yourself or serve the guests in this era of ever-rising inflation,” Karachi-based lawyer Saadia Peerzada told Anadolu Agency.

The idea “doesn’t make sense” to her as “banning imports of luxury vehicles, cosmetics, mobile phones, dairy products etcetera can save much bigger amounts of foreign reserves.”

“So, it’s a final reduction in tea intake that can help in fixing the economy,” said Peerzada.

In addition, she argued that “huge” perks and privileges being enjoyed by ministers, bureaucrats and “subsidies” for big businessmen, need to be curtailed instead of tea.

Pakistan’s tea imports have increased more than 325% in the last 20 years, according to statistics.

Introduced to United India by former British rulers in the 19th century, tea is undisputedly the favorite drink in Pakistan, India, and Bangladesh.

“Tea?” is usually the first question a guest is asked whether visiting a minister or a multinational company’s office in a high-end locality or a small shop in a slum.

At every nook and corner across Pakistan, a “chaekhana,” or cafe, can be spotted, which remains full of customers. Many remain open 24 hours, offering tea with traditional paratha, or oily bread.

Even in rural Pakistan, tea, which was considered “alien” and “dangerous to health” until the 1970s, has gradually replaced “lassi,” or a yogurt drink, the once-favorite beverage.

Although cafes serve different types and tastes, the taste offered by Quettawals- a term to designate Pashtuns from southwestern Balochistan province, remains unmatched.

In Karachi, the country’s commercial capital and the most populous city, almost 90% of chaekhanas are owned by Quettawals.

There is bad news for tea lovers

Cafes’ prices for tea have soared, following rising inflation and a depreciation in the rupee.

Mustafa, a Quettawal, said raging inflation has already reduced sales up to 20%.

“Prices of everything, including milk and tea (powder) have been increased, leaving no choice for us but to revise the prices,” he told Anadolu Agency.

“How can I support the minister’s ideas — it will directly hit my business,” Mustafa said while smiling.

To get back lost customers, cafes have recently introduced the “cut” or half-cup tea, which costs Rs 20 ($0.10).

Mansoor Ali, who works as a roadside car decorator in Saddar in downtown Karachi, believes tea is still an “affordable and workable” option for the lower-income class.

“A cup of tea with paratha (at breakfast) helps me skip lunch. And another cup in the evening blows away the daylong fatigue, “ he said.

Shahbaz Rana, an Islamabad-based expert, who frequently writes on the economy, said the idea is “unworkable.”

“The country’s total imports bill have touched $80 billion. What can we achieve in terms of economic revival by minimizing $100 or $200 million,” he told Anadolu Agency. “Instead of floating such ideas, the government should concentrate on increasing exports, which is the only way to revive the economy.”

Abdul Razzak, a businessman from the southern district of Karachi, is one of many who support the idea of a reduction in tea intake.

“Tea is not an essential food item. For me, it’s a drink like other beverages, “ Razzak told Anadolu Agency.

One or a maximum of two tea cups a day is enough. More than that is a “mere addiction,” he said. “If we reduce the tea intake by half, we can save up to $300 million every year. That’s not a bad idea at all.”

In 2021, the previous government of Imran Khan had planned the cultivation of tea on 25,000 acres in the next five years, mainly in Khyber Pakhtunkhwa and Pakistan-administered Kashmir, with the help of China.

In 2017, Türkiye gifted an automatic tea-processing plant to Pakistan to support tea cultivation based on modern technology.

The plant, with a capacity to process 400 kilograms (882 pounds) to 500 kilograms (1,102 pounds) of tea per day, was set up in the country’s first tea garden in Mansehra district, 70 kilometers (43 miles) from the nation’s capital of Islamabad.

Tea cultivation suffered a huge setback when one of the largest tea gardens spread over 186 acres was destroyed during a military onslaught against Taliban-affiliated militants in the scenic valley of Swat in 2009. World is moving into phase of confrontation, German president warns 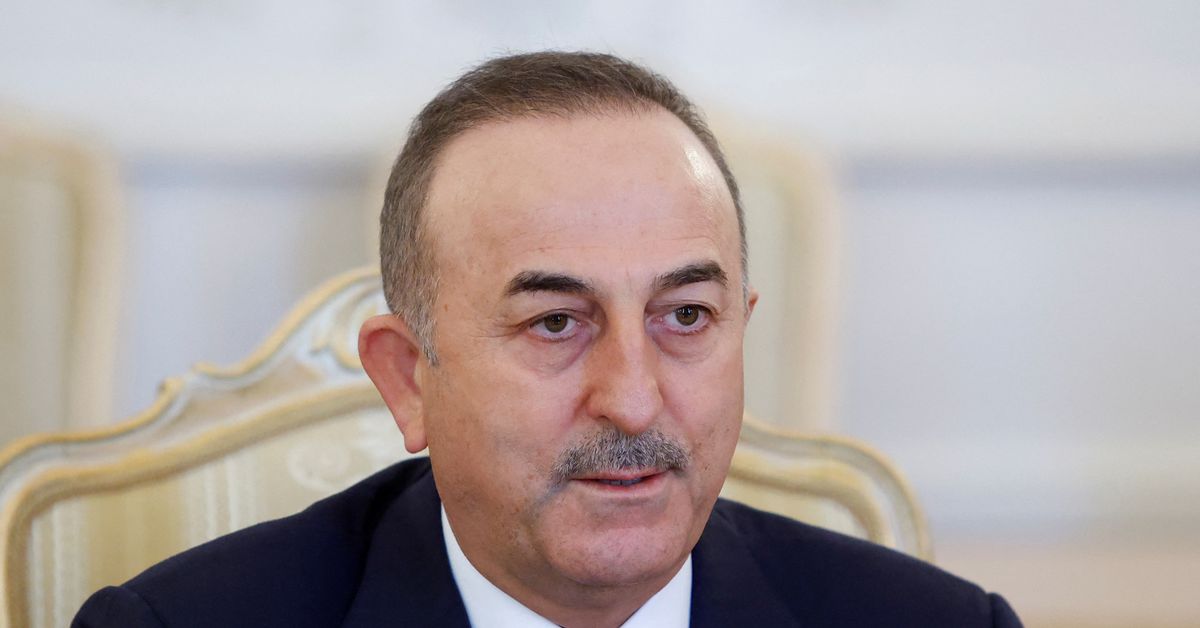