Oz’s young candidacy for Pennsylvania’s seat has been portrayed in the press as quirky or stumbling or controversial, mostly because of Oz’s various comments over the years as television’s most famous doctor. But Oz’s bid to win the GOP primary in May is serious. His campaign is spending millions on television ads. He has near 100 percent name recognition and a huge social media following. The latest polls show him as the front-runner, 11 points above former Treasury Department official and hedge-fund executive David McCormick and 12 points above President Donald Trump’s ambassador to Denmark and former actress Carla Sands.

As the prospect of “Senator Doctor Oz” becomes plausible, several reports have questioned Oz’s national allegiances and detailed his ties to elite business and political circles in Turkey. Experts on Turkey say that while Oz’s Turkish and Muslim heritage would be a positive contribution to the diversity of the Senate, it’s legitimate to worry about the extent to which his assets and family members in Turkey would provide Erdogan with leverage over the future senator.

“Oz’s dual citizenship — and his reluctance to renounce Turkish citizenship — will keep the FBI and security managers up at night,” said Michael Rubin, a senior fellow at the American Enterprise Institute. “And it is fair game to question Oz’s judgment embracing the most reactionary elements in Turkish society.”

Oz has said he keeps his Turkish citizenship to facilitate his ability to oversee care for his mother in Turkey, who suffers from Alzheimer’s disease. He once served in the Turkish army to maintain dual citizenship. For U.S. government employees and contractors, giving up dual citizenship has often (but not always) been a requirement to obtain top security clearances — but those restrictions don’t apply to members of Congress.

On the question of Oz’s business ties, National Review laid out a detailed list of instances in which he interacted with individuals and organizations closely linked to Erdogan or doing the Turkish leader’s bidding in the United States. For example, Oz spoke onstage at the 2019 New York conference of the World Turkish Business Council (DEIK) — a group from which many Western companies have distanced themselves since Erdogan’s government took control of it in 2014.

Also in 2019, Oz was the “special guest” at a fundraiser for the Turkish American National Steering Committee (TASC), whose co-chair is Turkish American attorney Gunay Evinch, a registered agent of the Turkish government. Evinch’s law firm allegedly worked with Turkey’s Washington embassy to compile dossiers on Erdogan’s critics inside the United States, including those associated with exiled religious leader Fethullah Gulen, who resides in Pennsylvania.

Late last year, TASC’s Twitter account was temporarily suspended for allegedly organizing an online smear campaign against the other Turkish-born celebrity in the news these days, NBA player Enes Kanter Freedom. (TASC argued that the suspension was a violation of its free speech.) Freedom, whose father was jailed by Erdogan for his association with Gulen, has been an outspoken critic of the Erdogan regime. Last year, after many years of being pursued by the Erdogan government, Freedom became a naturalized U.S. citizen.

“People need to understand that Dr. Oz is in Erdogan’s pocket. And whatever Erdogan wants, that’s what Dr. Oz is going to do,” Freedom told me. “So, if Dr. Oz gets into the Senate, it’s like Erdogan’s arm will be in the Senate.”

In an interview, Oz rejected that assertion and insisted he isn’t concerned whether Erdogan likes his positions or not. To be sure, Erdogan likely doesn’t like some of the stands Oz is taking during this campaign, including his defense of Gulen and his opposition to Turkey’s purchases of advanced missile systems from Russia.

“Gulen cannot be touched,” Oz told me. “There are no credible allegations that he was involved in the coup. He will stay in Pennsylvania.”

Oz explains his interactions with top Turkish businessmen and political figures over several years as totally normal for a Turkish American celebrity of his stature. He was participating as a member of the Turkish American community, not as a politician, he told me. Oz said he does not know Evinch and has had no contact with him other than onstage at the 2019 DEIK event.

“I hadn’t even really gotten engaged in any of this until I decided to run for the Senate, and I’d never been politically involved in Turkey in any capacity. I didn’t even donate money to these organizations,” Oz told me.

It’s not exactly a satisfying answer. Oz is not unaware of international politics. He traveled to Israel in 2013 at the height of Turkey-Israel tensions. In 2018, he visited Syrian refugee camps as part of a humanitarian aid mission, commendably. The Oz campaign now says he was “unaware” that these Turkish organizations had become so politicized when he associated with them. That, if true, is its own problem.

This primary campaign will likely be ugly, and it will be difficult to separate the good-faith concerns from the bad-faith attacks on Oz. In the coming months, Oz will be required to disclose more information that will show whether he has fully disentangled himself from whatever business ties Erdogan might see as leverage against a U.S. senator — and voters will make their own judgments.

“Is he really an agent of the government? There’s not really any evidence of that,” said Steven Cook, senior fellow at the Council on Foreign Relations. “But if Oz has business connections that rely on being in the good graces of the government, there are legitimate questions about his views on these issues.”

Turkey to force exporters to convert 40% of income to lira 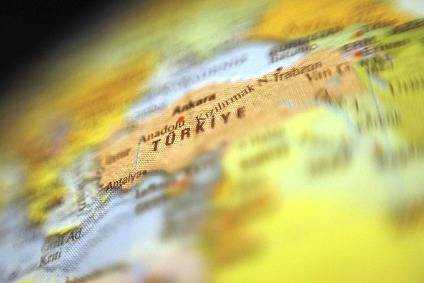