Mubarak Bala, a former Muslim, has been accused of attempting to ’cause a breach of the public peace’.

A Nigerian court has sentenced an atheist to 24 years in prison for making social media posts it found to be blasphemous against Islam in the West African nation’s northern region.

Mubarak Bala, a former Muslim, was sentenced on Tuesday after pleading guilty to charges of blasphemy after a lengthy trial during which he spent nearly two years in prison.

Bala is the president of the Humanist Association of Nigeria and activists have said his conviction illustrates the risks of being openly faithless in northern Nigeria, which is predominantly Muslim.

Prosecutors in northern Kano state accused Bala of making Facebook posts that insulted the Prophet Muhammad and the religion of Islam, and attempted to “cause a breach of the public peace”, according to court documents.

Bala long maintained his innocence of the charges of blasphemy but he changed his plea to guilty only after “enormous pressure for the past few years”, said Leo Igwe, founder of the Nigerian Humanist Association.

Bala was tried in a secular court but could have risked a death sentence in Nigeria’s Islamic courts that operate in other parts of the country’s north.

“He thinks the judge is compromised … and that he would rather just have closure,” Bala’s lawyer James Ibori said.

Bala’s prolonged stay in prison and eventual conviction caused anger among some Nigerians and activists who accused authorities of a flawed prosecution process. He should not have been charged under Kano state law, Ibori said, because “he was not in Kano when the offence was allegedly committed”.

While in prison, Bala had been denied access to healthcare, kept in solitary confinement, and forced “to worship the Islamic way”, said Ibori.

The Kano state government denied any wrongdoing in the trial and said the judgement could be appealed.

With Bala’s conviction, humanists and nonbelievers in Nigeria are “now potential criminals … who can easily be thrown into jail just for expressing their views”, said Igwe. 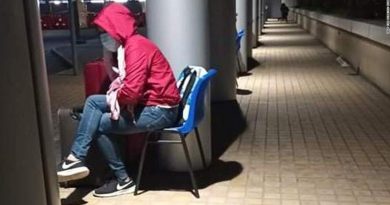 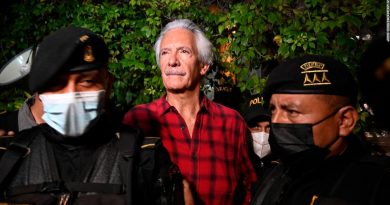