Of the 60,000 absentee ballots mailed by authorities in Broward County, north of Miami, only 2,000 have been delivered, reported Agence France-Presse (AFP).

Democrats, who have deployed 2,700 lawyers to Florida, jumped on the scandal.

Democratic Party legislators have called on the electoral authorities to publish newspaper ads telling people of other options for voting.

If the outcome is close and decides the result in the presidential race — and both of those eventualities are perfectly possible — it seems virtually certain that protracted legal battles will follow, noted the BBC correspondent.

Florida was the center of controversies which delayed the result in 2000, with incumbent George W. Bush eventually declared the winner in the state by 537 votes.

Broward gave then Democratic presidential hopeful Al Gore his biggest margin among Florida counties, with 67% of the vote.

Florida is the richest haul among the battleground states expected to decide the November 2 presidential election, with 27 electoral college votes out of the 270 needed to win.

Meanwhile, electoral authorities are overwhelmed by the sheer number of people taking advantage of early voting that started October 18 and is meant to ease the pressure on November 2.

In Palm Beach county, the focus of much of the five-week recount controversy in the last presidential, voters wait as long as three hours to cast their ballots.

He told AFP he himself had planned to vote early but turned back when he realized he would have to wait for hours.

However, other voters were more than willing to wait just to have their voices heard.

“We need to get Bush out. I don’t mind if I stay here all night,” said Juliette Saintelien, earning herself smiles and nods from other Kerry supporters.

Democrats claim Florida authorities failed to plan properly for the election and did not send enough machines or poll workers.

They largely blame the governor -– Bush’s brother — and Secretary of State Glenda Hood, both Republicans.

Democrats have more registered voters in Florida than their rivals, but Republicans tend to have a better turnout.

“I’m very impressed with the organization and people’s attitudes, that they’re willing to stand in line for four hours to vote,” said Hood, who oversees the state elections office.

Several hundred thousand people have already cast their votes across the state, taking about 10 minutes each to fill out the ballots, which include a slew of amendments, judicial and legislative races.

Inside the West Palm Beach voting office, voters sat behind 14 voting machines, using their fingers to mark their choices.

The touch-screen machines replace the infamous punch-card system blamed for much of the problems that delayed the outcome of the 2000 election by five weeks before the US Supreme Court ended recounts.

Democrats believe the new machines could be a source of renewed electoral chaos since their failure to leave a paper trail would make a manual recount impossible.

A judge this week rejected a lawsuit demanding that printers be attached to the voting machines, which are used in 15 counties. The other 52 Florida counties use optical scan machines.

Another federal judge dismissed a demand for inclusion on the voter rolls of about 10,000 people whose registration forms were rejected because they were not properly filled out.

One Thursday, October 21, the American Muslim Taskforce on Civil Rights and Elections – Political Action Committee (AMT- PAC), an umbrella of major US Muslim groups, gave a “qualified endorsement” to Kerry, accusing the Bush administration of having been largely “insensitive to the civil liberties and human rights” of Muslims since the 9/11 attacks. 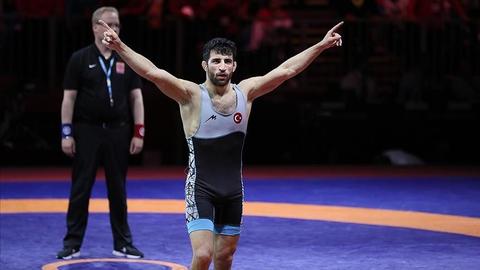