That it took so long for Belgium to hand over murdered Congolese independence hero’s stolen tooth is a symptom of the moral decay that continues to fester and poison the coloniser.

Patrice Lumumba’s gold tooth has finally been returned to his family after 61 years. Collected as a trophy by Belgian soldiers who oversaw or were party to the dissolution of the African leader’s body in acid following his removal from office in a coup, the macabre artefact was finally returned to his family, not with a formal apology but only with an acknowledgement that a great harm had been done.

In the weeks prior, the Belgian king had participated in a tour of the Democratic Republic of the Congo (DRC) that merely acknowledged the great harm that had been done to ordinary people during the colonial era in that country, but stopped short of offering an apology. It’s taken more than six decades but finally, there is growing acknowledgement by those who hold power in Europe of at least some of the barbarous acts committed against Africans in the name of imperial European power.

There is certainly a crucial conversation to be had about why Belgium saw fit to retain Lumumba’s tooth for so long. What moral justification could there be for not only the cruelty that preceded the act but the act itself? What rationale can be offered for waiting more than 60 years to reunite a family with the remains of a loved one? What could possibly be the political significance of not only keeping the tooth but doing so with the public’s full knowledge?

The only reason that can be offered for keeping a man’s tooth for 61 years knowing that it was obtained through torture and murder is that the cruelty is the point. Colonisation was, after all, a projection of power through cruelty, rationalised by pseudo-intellectual arguments about racial superiority and difference. The fate of Lumumba’s tooth shows that the point of European imperialism was not just economic or social but to offer an outlet for the unchecked cruelty that was increasingly constrained by political change in Europe. Arguably, the ability to project cruelty elsewhere made it possible to contemplate and pursue a different way of organising political life in Europe after several centuries of intense conflict.

In his searing Discourse on Colonialism, Aimé Césaire argues that the barbarism of colonialism was driven purely by contempt and that this contempt and hatred of “the native” transforms the person who is practising the acts of contempt. Césaire argues that the coloniser can only make peace with the brutality that he inflicts on the other by becoming inhumane himself – the boomerang of colonisation.

Whatever justifications are offered for retaining these macabre trophies only underscore the fact that the act of colonisation has altered moral calculations in the colonising countries and that attempting to defend retaining these artefacts as trophies is a symptom of moral decay that continues to fester and poison both the coloniser and the colonised.

Indeed, the case of Lumumba’s tooth is a high-profile example of a practice that all imperial powers, including the United States, conducted well into the first half of the 20th century.

European and North American museums are full of macabre exhibits of the body parts of people killed and kept as trophies that some of these museums have refused to restore to families or allow to be buried in dignity. For instance, in 1905 when the British colonial administration was consolidating its rule in the territory that is now Kenya, a British soldier requested a meeting with the Nandi chief, Koitalel Arap Samoei, ostensibly to discuss peace. Instead, the soldier shot and killed Samoei at point-blank range, beheaded him, and returned his head to London as a trophy. The skull is currently part of the collection at the Pitt Rivers Museum in Oxford, despite numerous demands from Nandi leaders to have it returned to Kenya for a proper burial.

Meanwhile, a 2011 audit of German museums found at least 50 heads and skeletal remains of Maori people in German museums. And recently, Harvard University denied a request by Native American communities to have the human remains of their ancestors held in the university’s collection returned. Dehumanisation of non-white people and the collection of their bodies as trophies was a near-universal practice across imperial countries that cannot be justified in the modern era, even though Western historians and anthropologists continue to defend keeping these human remains as an effort to preserve human history. It may well be, but it’s worth interrogating what aspect of human history they are preserving. By papering over the macabre provenance of these items, the museum preserves a macabre view of humanity that affirms its complicity in the cruelty of colonisation; as the eventual site for the sanitisation and propagation of the racist logic of colonisation.

These objects, held as trophies in museums and private collections, are physical proof of the enduring racist logic of colonisation – and that meaningful decolonisation is urgent and necessary. No logic can be provided to justify their continued presence in these spaces except for the continued contempt of non-white populations all over the world. Whatever justifications are offered for retaining these macabre trophies only underscore Césaires’ argument: “No one colonises innocently … a nation which colonises or which justifies colonisation is already a sick civilisation.” Césaire continues that “the museum means nothing … when secret contempt for others withers the heart”.

There is no pedagogical value that can absolve the practice of collecting and displaying human remains. Its only justification is racist weaponisation of the body of the other in order to titillate and entertain white audiences.

Patrice Lumumba’s wife Pauline Opango, herself an activist, only died in 2014, reminding us both of how young he was when he was murdered (only 35), and how recent the cruelty that these institutions are justifying was perpetrated. Merely acknowledging it is not enough. Restitution and return are only a start. Without apology, the poison remains in the system and continues to fester in both the perpetrators and the victim.

The views expressed in this article are the authors’ own and do not necessarily reflect Al Jazeera’s editorial stance. 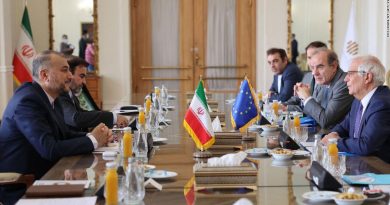