Banners with the words ‘No to NATO, No to War, For Peace’ were held as thousands of people marched through the Spanish city.

Thousands of anti-NATO demonstrators rallied in Madrid on Sunday before a summit of the Western military alliance in the Spanish capital this week.

Demonstrators called for US-led NATO to be dissolved and for military bases maintained by the United States in Spain to be closed. Banners with the words “No to NATO, No to War, For Peace” were held as they marched through the city.

The Spanish government banned another rally planned for Wednesday, the first day of the NATO summit, on security grounds.

“Tanks yes, but of beer with tapas,” sang demonstrators, who claimed an increase in defence spending in Europe urged by NATO was a threat to peace.

“I am fed up [with] this business of arms and killing people. The solution they propose is more arms and wars and we always pay for it. So no NATO, no [army] bases, let the Americans go and leave us alone without wars and weapons,” said Concha Hoyos, a retired Madrid resident.

Organisers claimed 5,000 people joined the march, but authorities in Madrid put the number at 2,200.

NATO is expected to consider the bid, opposed by alliance member Turkey, for Finland and Sweden to join. The Nordic nations applied in the wake of the Russian assault on Ukraine.

Russian President Vladimir Putin, who calls the war a special military operation, says it in part responds to the accession to NATO of other countries near post-Soviet Russia’s borders since the 1990s.

Madrid is set to be turned into a virtual fortress during the two-day summit. More than 10,000 police and other security forces will provide protection to the representatives of some 40 countries attending. An interior ministry spokesman said to date no specific threat has been identified.

The summit is being held in the shadow of the war in Ukraine and is expected to take decisions on strengthening NATO’s military and deterrence capacities. 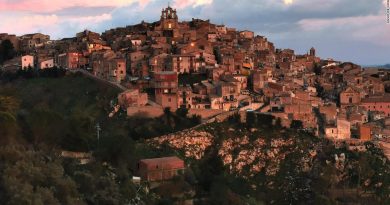 Their job is saving lives. But can these Argentinian doctors revive a whole Italian village?