As the Muslim holy month of Ramadan has begun, here’s how to wish someone Ramadan Mubarak in various languages around the world.

Following the citing of the Ramadan crescent moon by the Saudi Supreme Court and Islamic committees in several Middle Eastern countries, the first day of Ramadan will be Saturday, April 2.

Many Muslims around the world will prepare for a month of fasting and the festivities that come with it. During the month, observing Muslims wake up before sunrise to have a pre-fasting meal, or suhoor, and break their fast at sunset with iftar.

Fasting is one of the five pillars of Islam, along with the Muslim declaration of faith, daily prayers, charity, and performing the Hajj pilgrimage to Mecca if physically and financially capable.

The month begins with the sighting of the new moon and is usually followed by a rush of greetings to welcome the new month. Various Muslim-majority nations have personalised greetings in their native languages.

Here is how to say Ramadan Kareem around the world: 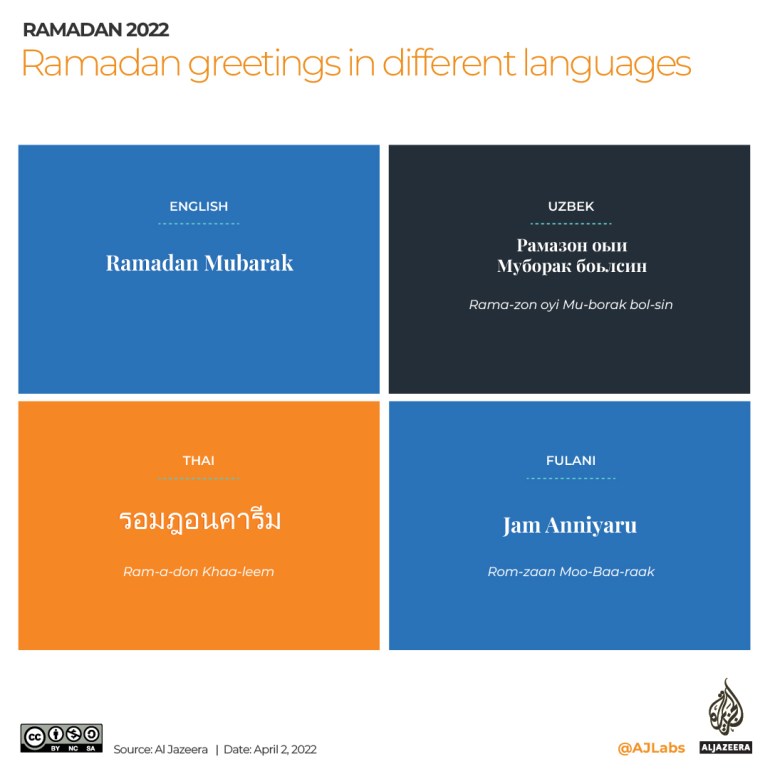 Among the most common sayings are “Ramadan Mubarak” and “Ramadan Kareem”. These are Arabic sayings that translate to “blessed Ramadan” and “generous Ramadan”. 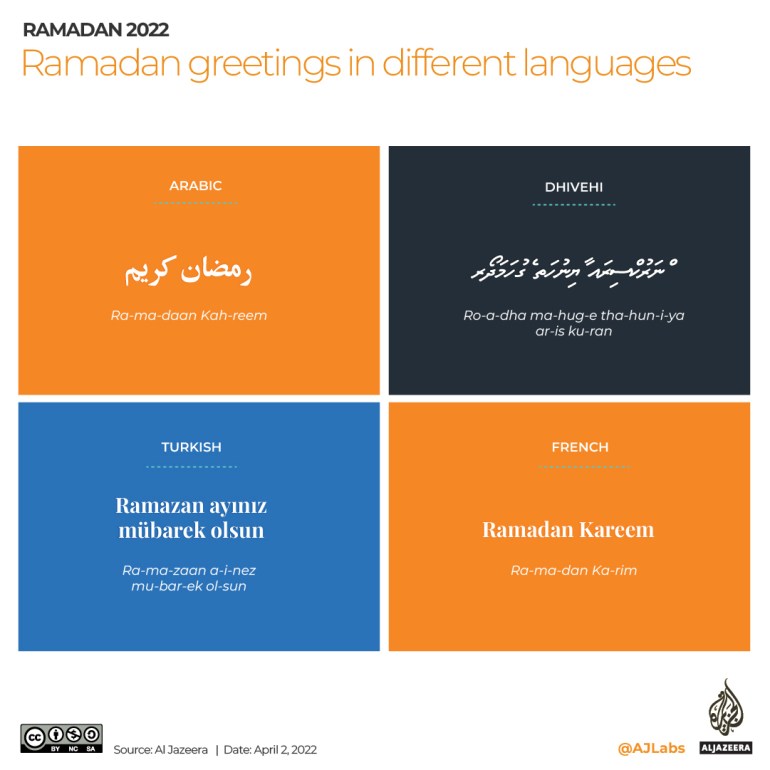 Muslims believe that Ramadan is the month in which the first verses of the Quran were revealed to the Prophet Muhammad more than 1,400 years ago.

Throughout the fasting hours each day of the month, observing Muslims abstain from eating, drinking, smoking, and sexual relations to achieve greater “taqwa”, or consciousness of God. 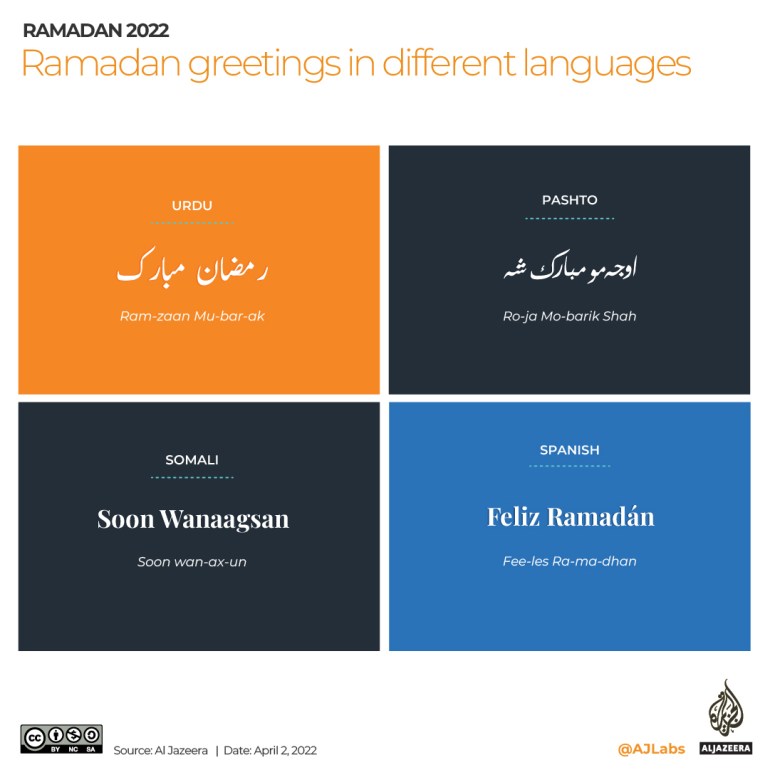 There are about 1.9 billion Muslims around the world, approximately 25 percent of the world population. Indonesia is the world’s most populous Muslim-majority country with some 230 million Muslims. Pakistan is second with about 212 million Muslims, followed by India (200 million), Bangladesh (154 million), and Nigeria (100 million). 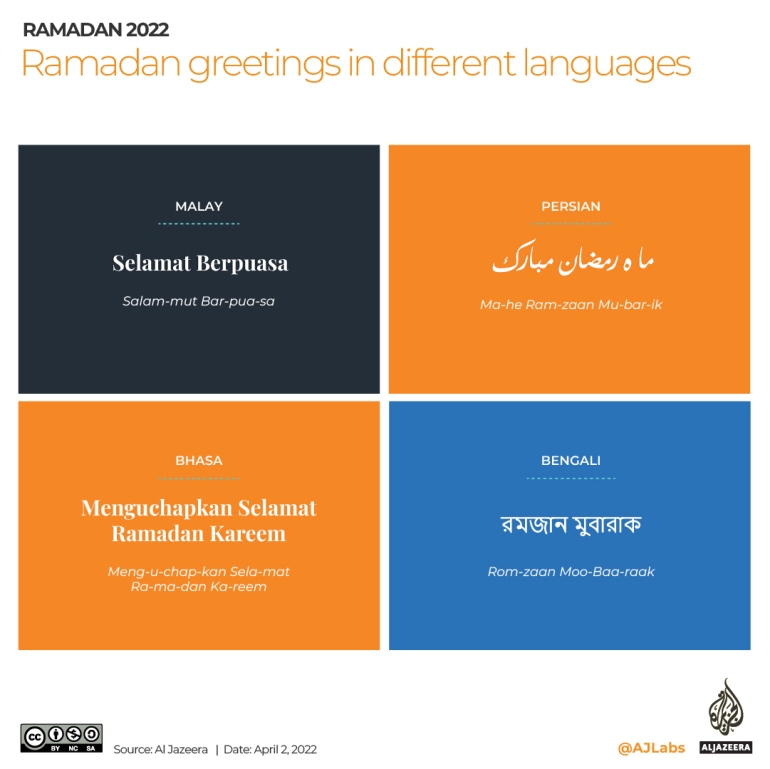 Greetings are not limited to the spoken language. They also extend to the various languages such as Sign Language and Braille. Some countries have their own version of sign language, but the swiping of the mouth is common among most to represent fasting. 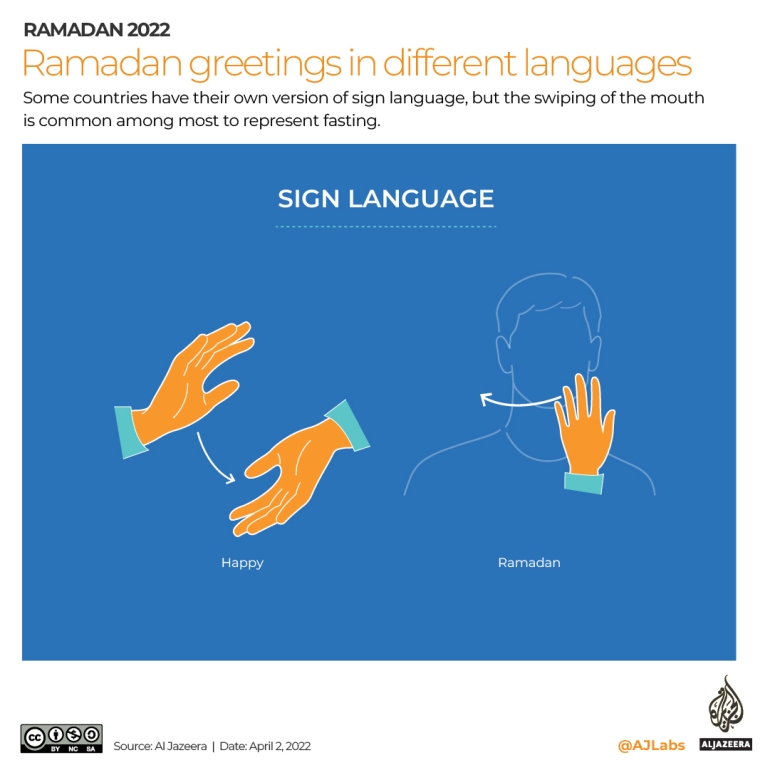 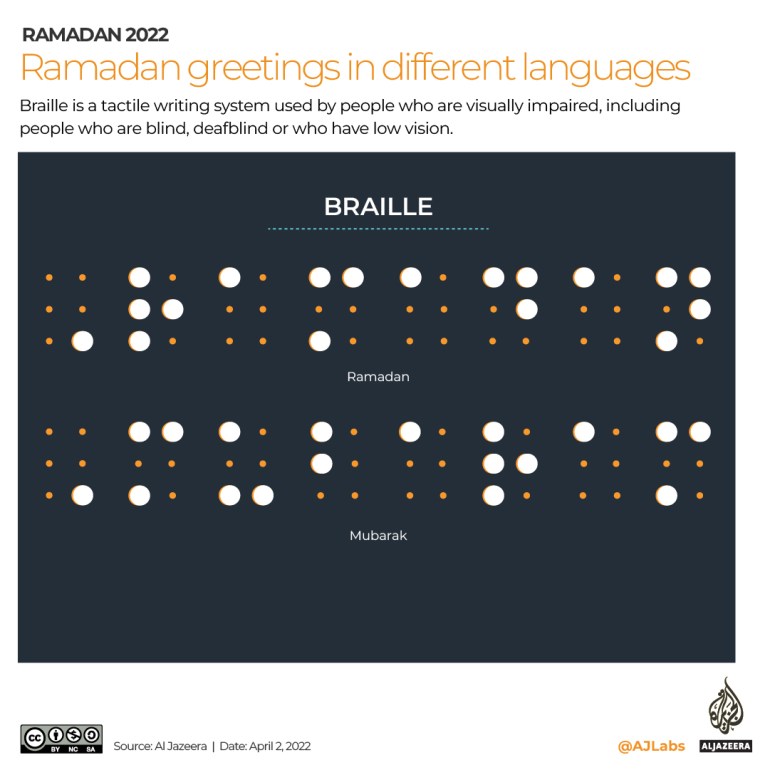 At the end of Ramadan, Muslims celebrate Eid al-Fitr. In Arabic, it means “festival of breaking the fast”.

Depending on the new moon sighting, Eid al-Fitr this year is likely to fall on May 2.

US says Putin ‘misinformed’ by advisers on state of Ukraine war