Daily cases nearly double from the previous day to more than 2,000 for the first time in a month, government data shows.

India’s tally of daily COVID-19 cases has nearly doubled from the previous day to more than 2,000 for the first time in a month, government data show, as the southern state of Kerala reports a big jump in deaths.

India was at the centre of the global COVID crisis this time last year but the situation has improved since then and most precautions including the wearing of masks have recently been dropped.

But cases have been creeping up in the country of 1.35 billion people in the past few days.

Authorities reported 2,183 new infections on Monday, taking the running total to more than 43 million, according to health ministry data.

The ministry reported 214 more deaths, including 151 since April 13 in Kerala, which is widely considered to issue more accurate data than many other states.

India has reported a total of about 522,000 deaths from the coronavirus, though many global experts have said its real death toll could be up to four million, from several hundred million cases.

Apart from Kerala, Delhi, Maharashtra and Haryana states reported triple-digit increases in infections in the past 24 hours. Hospitalisations have remained low though.

Epidemiologist Chandrakant Lahariya said people had to learn to live with the virus and authorities should not close schools that were only recently opened.

“Cases will be reported from all settings – including schools – for many months to come, no matter what we do,” he wrote on Twitter.

The conclusion matches similar figures by the Lancet last month and a February study in the journal Science that calculated a COVID death toll of at least 3.2 million.

But India’s health ministry said in a weekend statement that the WHO’s mathematical modelling of the pandemic was “questionable” and “statistically unproven”.

Several concerns were raised to the global health body over the report, including what the ministry said was a “peculiar” assumption of a relationship between lower temperatures and monthly deaths.

India had shared its misgivings through several formal communications and meetings since last November, according to the ministry.

“A satisfactory response is yet to be received from WHO,” it added.

Indian officials have previously disputed the methodology behind the Lancet and Science studies that also found vastly higher death tolls.

India was battered by a devastating COVID outbreak last year that saw thousands of people dying each day at its peak, overwhelming hospitals and crematoriums. 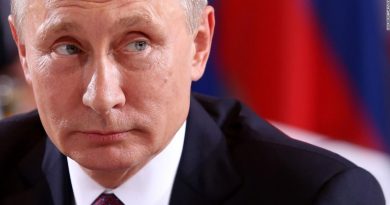 ‘There is literally no paper trail’: How Russia experts say Putin hides a fortune