Sara Ord spent her week talking to scientists about skin cells from a mouse-size marsupial called the dunnart. The cells were sent to the “de-extinction” company where she works, Colossal Biosciences, from collaborators in Australia.

Ord’s job is to lead a team that’s figuring out how to use gene editing to gradually change the DNA of those cells so that it begins to resemble that of a distantly related animal, the thylacine, a striped marsupial predator also known as the Tasmanian tiger that went extinct in 1936.

If they can make a dunnart cell with enough thylacine DNA, the next step is to use cloning to try to create an embryo—and, eventually, an animal. Another project involves trying to turn Asian elephants into something resembling a woolly mammoth, by adding genes for cold resistance and thick red hair.

There are no resurrected species yet, of course. Ord’s job as “director, species restoration” is really about an imagined future, in which a high-tech combination of DNA technology, stem-cell research, gene editing, and artificial wombs could lead not just to the resurrection of lost species, but also to the preservation of those close to disappearing.

Ord got into the job after trying her hand at lab research, a job in a hospital, and work for a software company. She says it’s a natural fit. She grew up with many pets and watched a lot of Discovery Channel and National Geographic programs. “I have always loved animals,” she says.

It’s certain Colossal is as much Hollywood production as it is hard science. Its financial backers include investor and entertainment mogul Thomas Tull and Tony Robbins, the motivational speaker, and its ideas originate in the laboratory of the outspoken gene scientist George Church, who has been promoting mammoth resurrection in the media since 2013, though with few results yet.

Ord’s job is similarly composed: part communication, part science, and part futurism. And what if the company succeeds in re-creating the thylacine—or something close to it? Ord says Colossal might turn a profit by selling tickets to see it.

In an interview with MIT Technology Review, Ord says the company hopes to produce a thylacine in just two years, by 2025, and a mammoth by 2027.

This interview has been edited for length and clarity.

You have one of the more futuristic job titles I have seen.

I was one of the first employees here at Colossal. I was with the CEO, Ben [Lamm], and we were brainstorming what my title should be. We came up with “director of species restoration.” The second I heard it, I was like, yeah, that is the one.

I would have gone with “director, resurrection technology.”

But that can be scary. Right? And so it’s trying to take what we’re doing and making it very digestible for everybody.

How much of your job is communication?

The thylacine is a marsupial, but it’s also a carnivore. So something fluffy could get chomped if this works. Are there animal lovers who oppose this plan?

We had an overwhelmingly positive reaction. I think more than anything, it’s because this animal was hunted to extinction. And this is our opportunity to fix that.

What is the science part of your job?

I have a team of 12 genome engineers and phenotype engineers. We also have collaborations with some of our embryologists and our computational biologists. It is reading as many papers as I can, getting my hands in the lab, and pushing the science forward. And then it’s being a part of conversations about—once we have a thylacine, once we have a mammoth, where do we put it? What does that look like? What is the ecological impact of bringing the species back, and how will this help currently endangered species?

You’ve blogged about how bringing back a species involves quite a few steps, including editing genes in the cells of a related species, cloning an embryo, and then bringing an animal into the world. Which of these is the most speculative?

It’s really about understanding how many genes you need to edit. The thylacine is related to the whole family of dasyurids, which includes the dunnart, the quoll, and the Tasmanian devil. But it’s still about 70 million years of [evolutionary] divergence—an extreme amount of divergence. So what do you have to edit in a dunnart or an Asian elephant in order to create a phenotype of a species that will fill the same ecological niche the thylacine or woolly mammoth filled?

Do you have a stuffed thylacine to work from? What’s the starting point for the project?

There was a pup that was preserved in ethanol in the early 1900s—it’s called the “miracle pup.” Our collaborators at the University of Melbourne have been able to extract DNA from that sample and generate a really high-[accuracy] genome sequence from this. In addition to that, there are a lot of pelts in circulation, as well as museum samples, and we’re getting these and generating sequences from them.

Do you have a timeline for when the first extinct species is going to roam again?

Absolutely. For the mammoth, we are projecting a 2027 timeline, and for the thylacine, 2025. The key difference here is the gestation time. Elephants take around 18 to 22 months to gestate, whereas marsupials—and especially the dunnart, which will be our surrogate species for the thylacine—are anywhere between 12 and 14 days. After that, it matures in the pouch.

There have been studies showing that marsupials can be transferred from one species’ pouch to another species’ pouch and grow just fine. But we also have a team working [on] an “exo pouch.” This will be an artificial pouch that the pups can go in and have all the same nutrition, the same environment, same kind of light exposure that it would inside the pouch of a marsupial mom.

Colossal makes a point of saying it’s a for-profit company. What is the product, exactly? What will you sell?

I think there’s a couple of different ways that Colossal will profit. One of our products is the story. Right? We’re going to have a lot of partners in the media who are helping tell our story. Another is that as we develop new technologies along the way, these can be licensed or spun out. We had a first spinout called FormBio [a biology software company], and we also have a large staff of genome editors.

And then we get to the real meat, which is the species: the thylacine or the mammoth. We are looking to partner with zoos. I think that there’s a world where we create rewilding habitats and sell tickets to go see these species in their natural area.

How much would you pay to see a thylacine?

Well, I’m putting hours and hours of my life into this. So I would honestly pay all the money in the world.

Amazon wants us to stop talking to Alexa so much 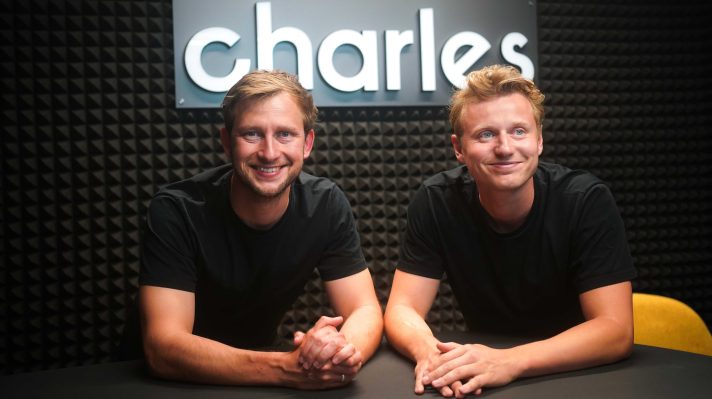