Manila, Philippines – Francis Gealogo is a seasoned academic with a PhD in Philippine history who has been teaching the subject for 35 years. But a lot of the teaching he has done lately has not been in the classroom or to his usual students.

Gealogo, who heads the history department at the Ateneo De Manila University and has published more than 70 research papers, is now taking his classes to social media. The 56-year-old historian said he joined Twitter late last year and launched an account on TikTok in March because he was concerned about a growing wave of disinformation about his nation’s history.

“We should not let peddlers of fake history remain dominant in these new realms,” Gealogo told Al Jazeera, a little bashful about venturing onto social media at his age.

With Ferdinand “Bongbong” Marcos Jr about to be sworn into office as the Philippines next president on Thursday, history has emerged at the centre of political conflicts in the Philippines.

Marcos Jr, the 64-year-old son and namesake of the late Philippine leader, Ferdinand Marcos, won the presidency on the back of what historians and analysts like Gealogo, have said was a years-long and well-organised campaign that sought to whitewash his father’s brutal legacy. The late Marcos, who ruled the Philippines from 1965 to 1986, had declared martial law in 1972, and Amnesty International said it documented 3,257 political killings during that time. Some 70,000 people were also incarcerated and thousands were tortured. The Philippine Supreme Court, meanwhile, found that the Marcos family plundered at least $658m from state coffers as the country’s debt mounted and millions of Filipinos lived in extreme poverty.

Public anger at the Marcos’s abuses and corruption coalesced into a “People’s Power” uprising in 1986, during which the president was toppled and forced to flee to Hawaii, where he died three years later.

Despite this historical record, Marcos Jr, who will take office on the 50th anniversary of the declaration of martial law, has used social media to rewrite history, downplaying martial law-era atrocities and portraying his father’s tenure as a “golden age” for the Philippines. In an online interview earlier this year, Marcos Jr said his father ushered the Philippines into the “modern world”, and a day after the election, he visited his father’s grave and released a statement calling the late president his “inspiration” who “taught him the value and meaning of true leadership”.

Diosa Labiste, a professor at the University of the Philippines’ College of Mass Communication, said there has been a “bombardment” online of “outright lies” about Marcos’s legacy. “These distortions were meant to make Marcos Jr win,” said Labiste, who has been fact-checking social media posts for the last two elections as one of the experts behind the Google- and Meta-funded coalition Tsek.ph. “And of course, these were massively shared by a network of disseminators.”

These posts included a video, which claimed that nobody was arrested during the martial law period, accumulated more than 187 million views by the start of the official election period on February 8, 2022. Another post that claimed victims of martial law fabricated accounts of human rights abuses to extort reparations from the state was posted in 514 Facebook groups and viewed more than 89 million times.

“Combined fact-checkers are no match for the systematic networks of information operators behind the martial law disinformation,” she said. “We only fact-checked the last six months and we’re up against this tsunami of disinformation. The sharing suggests behaviour is coordinated by repeat spreaders or established channels and influencers.”

What Labiste described as a “well-oiled operation” has been years in the making. The Marcos Jr campaign has utilised Facebook pages and groups, YouTube channels and TikTok videos to reach out to Filipino voters, most of whom use the internet to get their political news. A whistleblower at the British data analytics firm, Cambridge Analytica, which assisted with the presidential campaign of former US President Donald Trump, also said Marcos Jr sought help to rebrand the family’s image in 2016, a claim he denied.

His revisionist campaign, however, received a boost from the Philippine government that same year when outgoing President Rodrigo Duterte decided to give his father a hero’s burial. At the time, Gealogo, the history professor, was a commissioner at the National Historical Commission of the Philippines (NHCP), which has an advisory role to the president. Gealogo objected to the decision, and he and his colleagues published a paper called “Why Ferdinand Marcos should not be buried at the Libingan ng mga Bayani (Cemetery of Heroes).”

It was ignored. So was the public outrage.

Gealogo said Duterte’s move was aimed at absolving Marcos of his crimes. “That was a gross affront to the NHCP. So, I resigned in protest,” he said.

The hero’s burial for Marcos resulted in an explosion of disinformation that culminated in Marcos Jr’s election victory. His family’s reputation, previously “known as corrupt, greedy, abusive” was “recalibrated into something fun and contemporary”, said Gealogo. “Even the idea of Marcosian opulence – there are YouTube channels showing the family making light of it as if they were just like us.”

At the same time that disinformation threatens to erode established truths about the dictatorship, Gealogo said repositories of historical information are also under attack.

Last October, the government told universities to purge their libraries of “subversive” material including accounts of the country’s martial law era. In March, several bookshops carrying some of the same allegedly “subversive” texts were vandalised. When children’s book publishers Adarna House announced that its collection of martial law literature was going on sale in May, state intelligence chief Alex Monteagudo called it an attempt to “radicalise the Filipino children against our government”.

Eufemio Agbayani III, the NHCP’s Historical Sites Researcher, said “what’s written in our libraries and museums are still there” but acknowledged that Marcos Jr’s win is likely to complicate matters for the archivists, especially as the new president can order alterations of historical records, not unlike his father during the martial law-era.

“It’s like we’re between two rocks smashing against each other,” Agbayani said. “Marcos supporters will say we are biased because we have studies disproving Marcos Sr’s war record and videos discussing certain parts of martial law. We also handle the People Power monument and commemorate the occasion as part of our job. On the other hand, other people think the NHCP isn’t doing enough because of rampant disinformation.”

But he said any intervention by the NHCP in the debate would go against the commission’s commitment to non-partisanship.

The Marcos campaign’s use of social media to spread disinformation is taking place at the same time as Philippine history has itself been downgraded as a subject in schools. Since 2014, it has only been taught as a separate subject at primary levels.

Vladimer Quetua, union leader of Metro Manila’s Alliance of Concerned Teachers, described high school history lessons as “chop suey, a mix of bits and pieces but never the whole thing”. The lack of proper education, he said, has created a historical amnesia among younger voters, many of whom were too young to remember martial law-era abuses.

“Early on in my tenure, students were simply apathetic. It was a struggle to get them to learn about the story of the Philippines. Nowadays, they are completely engaged in politics but are coming from a place of disinformation.” He said teachers were competing with “the sibling tandem of Google and Wikipedia,” which is now being supplanted by YouTube and Tiktok to “complete the family”.

Quetua said many of his fellow teachers are just out to do their jobs, and ensure every child completes their compulsory schooling, but he worries that in the long run Filipinos risk losing their understanding of what happened during the martial law period and its contribution to the nation’s trauma.

“The curriculum limits you as an educator. Many students will believe the myths of having had a ‘golden age’. They see Marcos and aspire to his wealth,” he said.

For the Marcos family, Marcos Jr’s presidential win has been a long time coming and a chance to cement their grip on power.

Imee Marcos, Marcos Jr’s sister and a senator, said shortly after her brother’s election victory that the win would finally allow for the rehabilitation of their family’s name and legacy. Marcos Jr’s mother Imelda remains an influential political power broker into her 90s, while his son also has a seat in Congress. A cousin looks set to become speaker of the parliament.

Meanwhile, Sara Duterte, the daughter of the outgoing president, who cracked down on independent media, is the country’s vice president.

Amid the new regime’s efforts at consolidating power, Labiste, the scholar and fact-checker, offered a sobering reminder of the challenge facing those who want to ensure people know the truth of the past.

“The Duterte playbook of clamping down on independent media while favouring highly partisan information sources will continue,” said Labiste. “The challenge is to deal with disinformation by fact-checking. To do this, we need a movement.”

WhatsApp’s Pegasus spyware lawsuit can go ahead: US top court 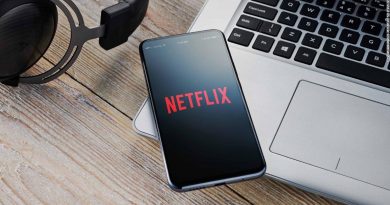