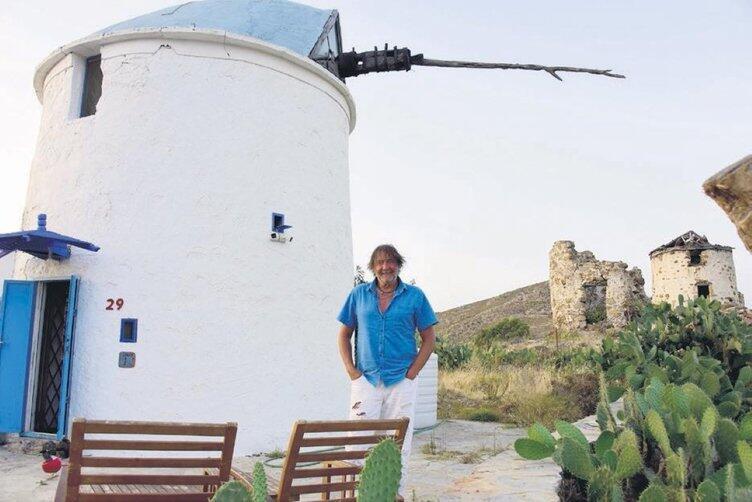 With a life-changing decision, famous Turkish actor Hakan Meriçliler has started living in a windmill, located in the southwestern province of Muğla’s Bodrum district, which he bought and renovated.

“When I learned that this windmill was for sale, I bought it immediately,” said the actor.

The actor placed figures of Don Quixote, a Spanish epic novel character known for fighting the windmills, and his servant Sancho Panza, in front of the mill built in 1868.

“I had traveled to many places in the beginning,” he said. “I never thought of buying a place in Bodrum.”

“I was struck the moment I saw this place,” Meriçliler said, adding that both the sunset and the moonrise can be seen at the same time from the windmill and that he “loves the house.”

The actor said the owner of the windmill passed away two years ago, adding, “Now I am like the new keeper of this historical region.”

Meriçliler is now living in the windmill with his girlfriend, Çiğdem Taban.

The house, which Meriçliler had the restoration done, consists of three floors. The first floor is a living room, the second floor is a bedroom, and the top floor is a study.