Facebook announced today that it’s introducing new features for Facebook Groups, including “Channels” that will let users connect with each other in smaller settings. Admins can create channels to connect with their groups in more casual settings within their communities to have more focused discussions.

There are three types of channels that admins can create: chat, audio and feed. Community chat channels can be used as a place for people to message, collaborate and talk about specific topics in a more real-time way across both Facebook Groups and Messenger. Once you create a chat, you can name it and decide if you want it to be invite-only. When you join a chat, you’ll be able to send messages and receive notifications. If the chat becomes full and you’re inactive, you may have to join again. 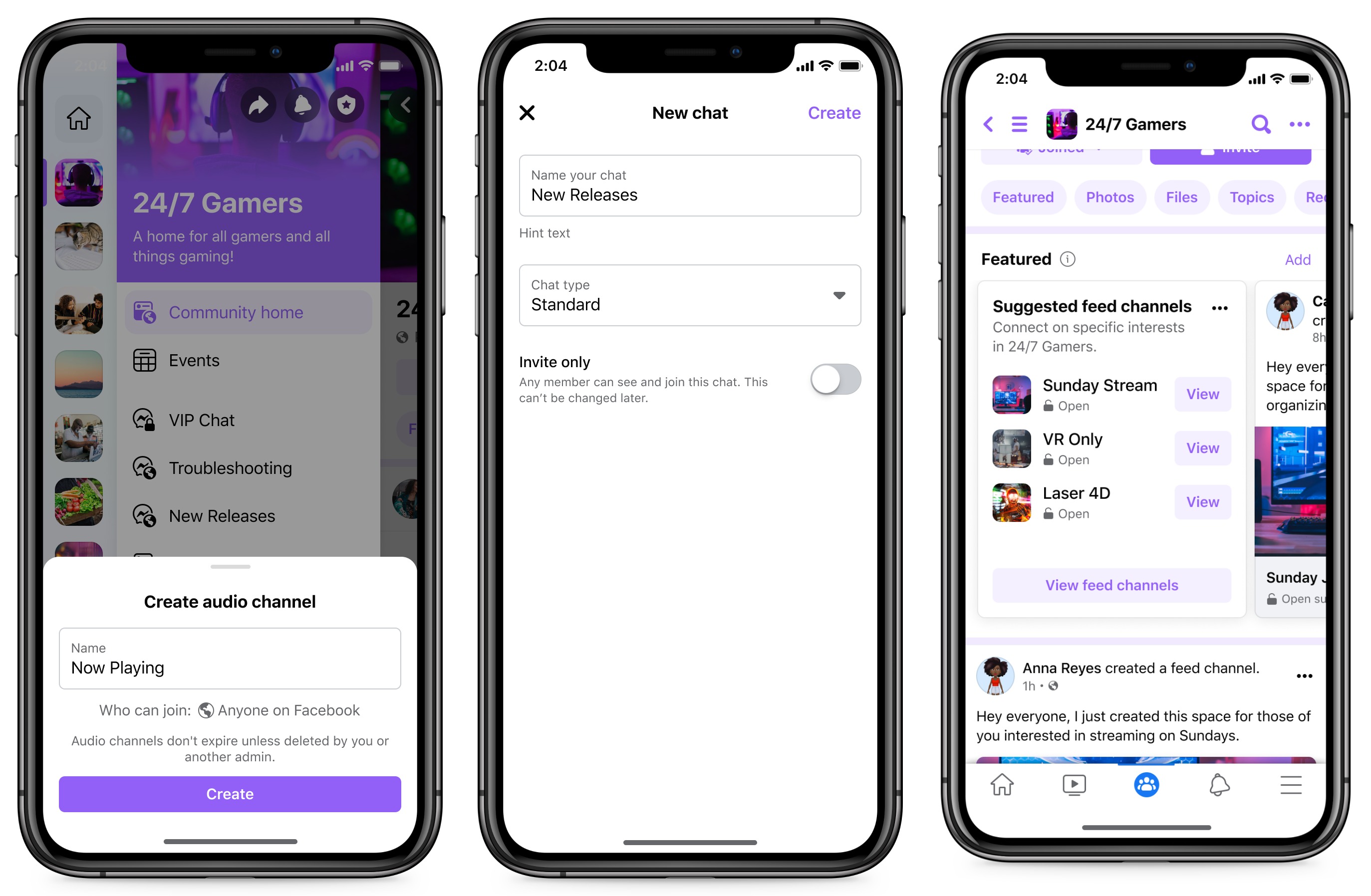 Lastly, community audio channels will let admins and members jump in and out of audio conversations in real time. Facebook notes that although audio channels start with audio, people can turn their camera on at any time.

“Admins can begin to create channels to connect with their groups in smaller, more casual settings where they can have deeper discussions on common interests or organize their communities around topics in different formats,” said Maria Smith, the vice president of communities at Facebook, in a statement.

Facebook also announced that it’s testing a new sidebar that will help users find their favorite groups more quickly. The sidebar will list your groups and the latest activity, including new posts. You also have the option to pin your favorite groups to the top of the sidebar so they are displayed first. The sidebar also gives users the ability to discover new groups or create their own. 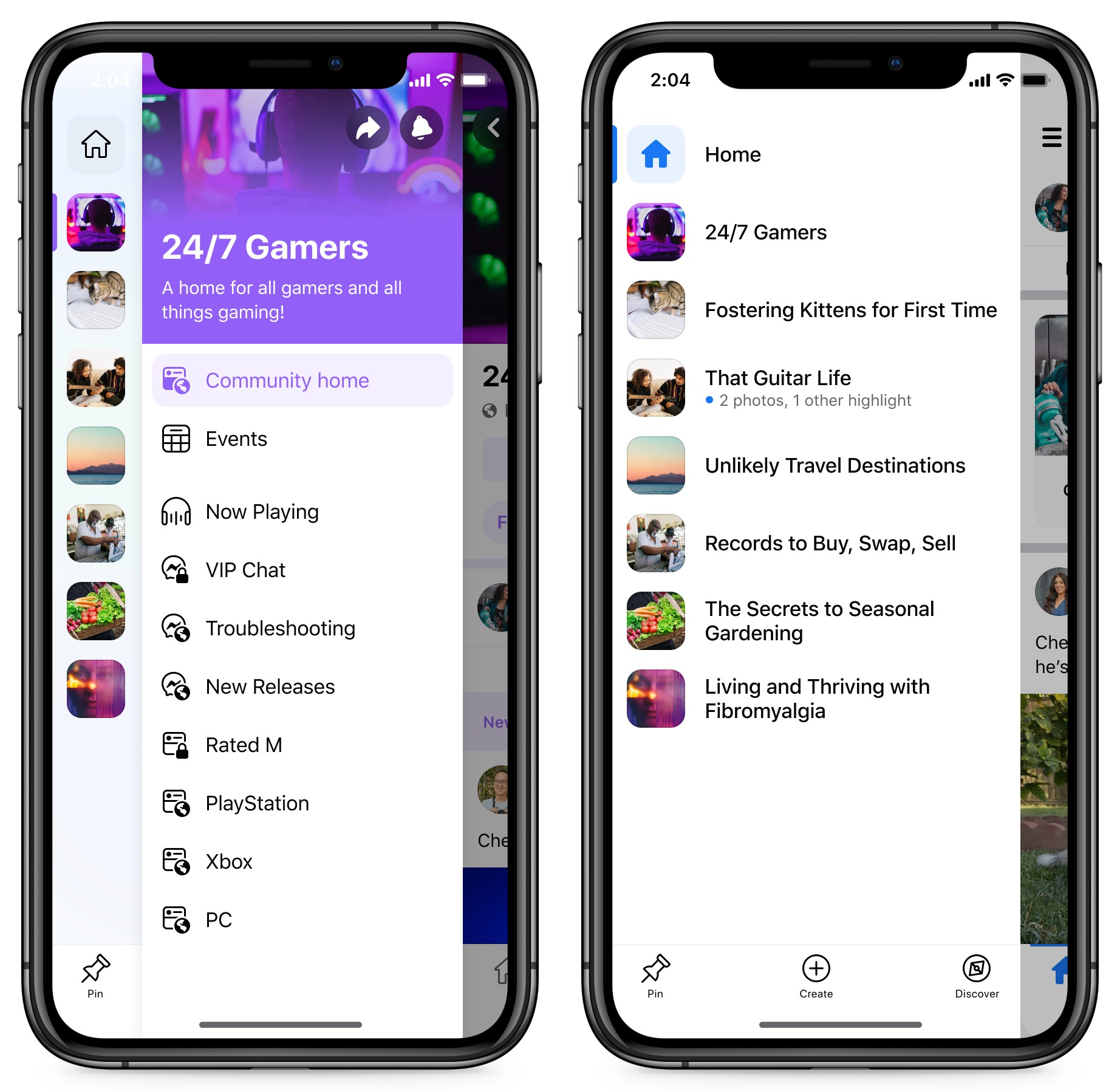 The social media giant is also improving how each group is organized via a new menu, which will include things like events, shops and a variety of channels to make it easier for users connect with others based on the topic they like.

The launch of the new features comes as Facebook recently introduced new features to help Facebook Group administrators keep their communities safe, manage interactions and reduce misinformation. Most notably, the company added the option for admins to automatically decline incoming posts that have been identified as containing false information by third-party checkers. Facebook Groups have made headlines over the past few years for their growing use by those looking to spread harmful content and misinformation, and the new features aimed to address some of these issues and give admins more control over their communities. 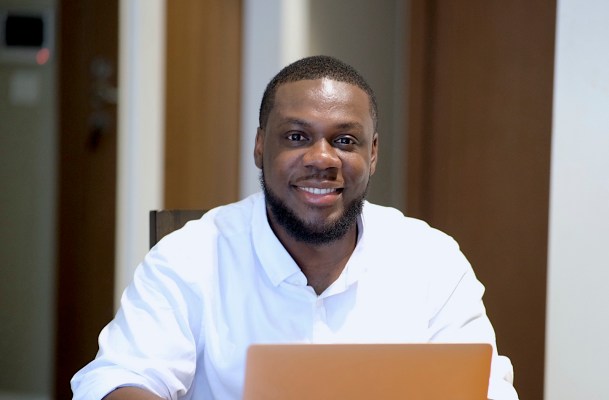 Meta is reportedly scaling back plans for its AR glasses, pivoting away from marketing Portal as a consumer device – TechCrunch