STOCKHOLM, Jan 24 (Reuters) – Swedish and Finnish hopes of quickly joining NATO have run into an obstacle in the form of objections by Turkey, which holds veto powers over accession to the military alliance.

The three nations reached an agreement on how to proceed in Madrid last June, but Turkish President Tayyip Erdogan has said Sweden, in particular, is not keeping its side of the bargain.

Of NATO’s 30 members, only the parliaments of Turkey and Hungary have not yet ratified entry for Sweden and Finland, which are worried about their security after Russia’s invasion of Ukraine.

WHY DOES TURKEY OBJECT TO SWEDISH AND FINNISH MEMBERSHIP?

Turkey says Sweden, in particular, harbours what Ankara says are militants from the banned Kurdistan Workers Party (PKK), which took up arms against the Turkish state in 1984.

The PKK is designated a terrorist group in Turkey, Sweden, the United States and Europe.

Turkey wants Stockholm and Helsinki to take a tougher line against the PKK and another group it blames for a 2016 coup attempt.

In Madrid, Finland and Sweden agreed to work harder to fight terrorism, including intensifying work on the extradition and deportation of suspected militants.

But Sweden’s courts have blocked some expulsions.

Tensions between Sweden and Turkey have also been heightened by protests in Stockholm which Ankara says are hate crimes, but are covered by Swedish free-speech laws.

“Sweden has addressed many of Turkey’s concerns and will continue to implement this trilateral memorandum … but it is clear right now that’s not enough,” said Paul Levin, director at the Institute for Turkish Studies at Stockholm University.

DOES TURKEY HAVE ANY OTHER GOALS IN BLOCKING ACCESSION?

Elections take place in Turkey in May. Some commentators see Erdogan’s stance on NATO as an attempt to divert voters’ attention from a cost-of-living crisis and to project an image as an international statesman.

Other commentators say he may want to use NATO ratification as part of a deal with the United States. Ties with Washington are strained by Turkey’s conflict with Syrian Kurdish militants who have U.S. support in the fight against Islamic State.

Turkey also wants to buy F-16 fighter jets from the United States, but faces objections from some members of Congress.

WHY DO SWEDEN AND FINLAND WANT TO JOIN NATO?

Sweden and Finland have long pursued policies of formal military non-alignment but Russia’s invasion of Ukraine has prompted a rethink.

Finland has a 1,300-km (810-mile) border with Russia, and the Swedish island of Gotland lies just 300 km (186 miles) from the home of Russia’s Baltic Fleet in the Russian exclave of Kaliningrad.

Bout countries see NATO, with its collective defence clause, as the best way to ensure their security.

WHY DOES NATO WANT SWEDEN AND FINLAND?

Both have relatively strong militaries. Finland has the capacity to mobilise 285,000 personnel and 650 tanks. Sweden has a strong air force and a submarine fleet tailored to Baltic Sea conditions. Strategically, the two countries plug a hole in NATO’s frontline against Russia while enabling the alliance to project power into the Baltic area.

COULD FINLAND JOIN WITHOUT SWEDEN?

Technically, yes, but defending Finland without strategic land access via Sweden would be difficult for NATO.

Sweden and Finland want to proceed together, but with Turkey’s ire directed mainly at Sweden, Finland could eventually lose patience with the process. Finland’s foreign minister and Sweden’s prime minister have said joint membership is the priority and that Finland would consider a different path only if Sweden’s membership were permanently blocked by Turkey.

COULD NATO EXPEL TURKEY, ALLOWING SWEDEN AND FINLAND TO JOIN?

There is no formal mechanism for the suspension or expulsion of members in NATO’s founding document and Turkey is considered a vital strategic ally.

Analysts expect the accession process to remain stalled until at least Turkey’s elections are out of the way.

Even then, progress could be slow. Full implementation of the Madrid agreement could take years, and Sweden has said some of Turkey’s other demands are impossible to meet.

Turkey’s national security concerns will not be easily assuaged, and Sweden and Finland’s ability to influence developments is marginal.

But Sweden, Finland and NATO want to avoid a long drawn-out process.

“Turkey’s actions now benefit Putin and … that should be problematic for the alliance as a whole,” Levin said. 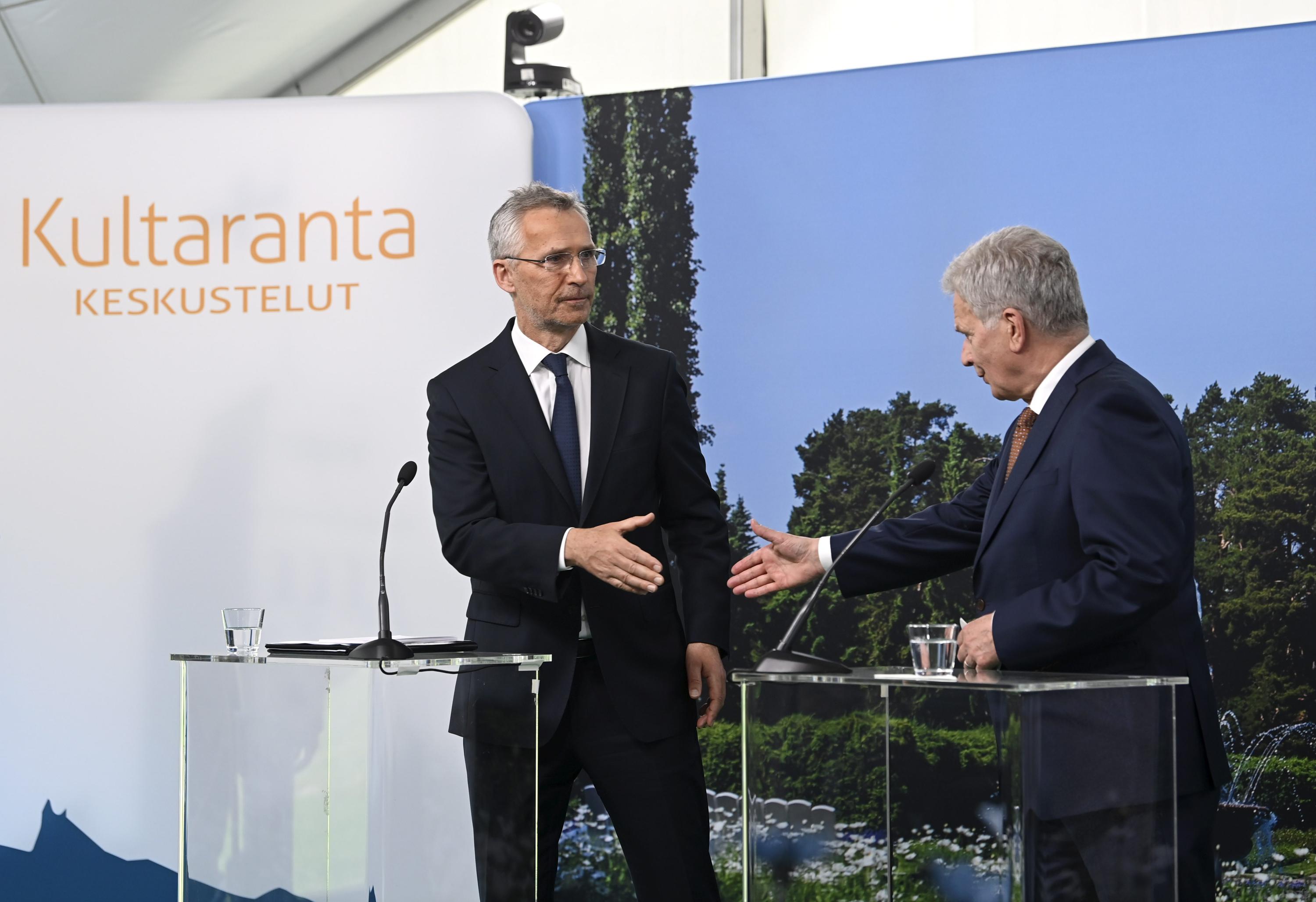