The European Uniion’s single currency dips to $0.9998 after official data shows a surge in US inflation in June.

The euro has fallen below the symbolic level of $1.00 for the first time since December 2002, weighed down by the darkening economic outlook for the single-currency area and a possibility of a complete stoppage in Russian gas supplies.

The euro was pushed down to $0.9998 on Wednesday after official data showed a surge in US inflation in June, increasing expectations for a further tightening of interest rates by the US Federal Reserve.

An increase in borrowing costs on the other side of the Atlantic makes the US dollar more attractive to investors.

“Gas rationing, stagflation, an expected recession, they are all good reasons to be bearish on the euro,” said Stuart Cole, the head macro economist at Equiti Capital in London before the euro crossed that threshold.

He said that these factors will make it harder for the European Central Bank (ECB) to raise interest rates, further widening the interest-rate differential with the United States.

Within its relatively short 20-year history, the euro is the second-most sought-after currency in global foreign exchange reserves and daily turnover in the euro/dollar is the highest among currencies in the global $6.6 trillion-per-day market.

The euro’s slide is a headache for the ECB. Allowing the currency to fall only increases the record-high inflation the ECB is battling to contain. But trying to shore it up with higher interest rates could exacerbate recession risks.

The ECB has so far played down the issue, arguing that it has no exchange rate target, even if the currency does matter.

Also on a trade-weighted basis – against its trade partners’ currencies – the euro is down only 3.6 percent this year. 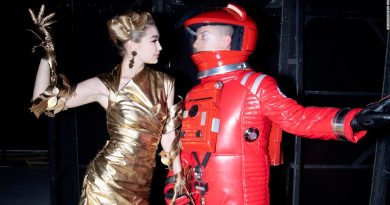