During the 15 years of Kurdistan Workers’ Party (PKK) terror, which claimed approximately 35,000 lives, rural regions became a battleground and people in the villages flocked to the city. With the capture of PKK leader Abdullah Ocalan in 1999, the terrorism subsided, although punctuated by sporadic outbreaks. However, this 15-year-long terror resulted in a greater rate of migration to Diyarbakir as compared to other regions in Turkey. Diyarbakir, the cultural and economic center of southeastern Anatolia, suffered the most from this trend and its resulting population increase destroyed many things that had made the city special.

Not long ago, when it had a population of 150,000, Diyarbakir was free of terror, a place where people knew each other and had a high standard of living. It was known as the "jewel of the East," but not anymore. There are ample reasons for this transformation, among them the accelerating infusion of migrants from rural communities and the lack of necessary infrastructure and proper city planning to accomodate the incoming villagers.

Diyarbakir’s history begins at the dawn of civilization. The city has been considered vital during every historical period as it lies at the major crossroads between Anatolia and Mesopotamia and between Europe and Asia. Throughout history, it has variously been called Amida, Amid, Kara-Amid, Diyar-Bekr, Diyarbekir and Diyarbakir.

Archeological studies have revealed that there were people living in caves in the region in the Stone and Mesolithic Ages. The oldest village community in Anatolia was found at Mt. Cayonu, near Ergani in Diyarbakir province, extending back 10,000 years and indicating that Diyarbakir and its environs have been home to many civilizations from that period onwards. Since 3000 B.C., the city has been at various times controlled by Assyrians, Aramites, Urartians, Iskits, Medians, Persians, Macedonians, Selucians, Parthians, the Great Tigran administration, Romans, Sassanids, Byzantines, Emevites, Abbasids, al Sheikhs, Hamdanians, Mervanians, Seljuks, Inanogullari, Nisanogullari, Artuks, Eyyubids, Mongols, White Sheep (Turks), Safevis and Ottomans. The civilizations that have contributed the most to the city have been Roman, Abbasid, Mervani, Seljuk, Artuk, Christian and Ottoman.

The most unique characteristic of the city are the walls that surround it, fashioned out of chiseled basalt. While the walls, second only to the Great Wall of China, are thought to have been constructed by the Hurrians, who controlled the region around 3000 B.C., Roman Emperor Constantine rebuilt and expanded them in A.D. 349. The originally 12-meter-high walls, despite the deterioration of sections over the years, are considered the tallest in the world. Their total length is close to five kilometers, with a thickness of three to five meters. The walls surround the old city in its entirety and bear inscriptions from 12 civilizations. The walls of Diyarbakir received the most votes in a poll on an Internet site established to uncover the "Seven Wonders of Anatolia."

The walls have a total of 82 towers, the most important of which are the Seven Brothers and Evli Beden, built by the architect Yahya, son of Ibrahim, in 1208 and sponsored by Artuk chief Melik Salih in honor of his father. The builders of the oldest and tallest tower, Cat Tower, are not known.

The city is adorned with caravanseries, palaces, fountains, inns and arches. As you walk around the walls, you come across a historic artifact at every corner.

The city also has been home to many different religions over the centuries. Before the advent of Islam, three religions dominated the people of the region: Shemsis (sun worshipers), Jews and Christians. Religious buildings constructed by the practicers of these religions, while mostly in disrepair, are still standing around the city and include the Virgin Mary Suryani Kadim Church, Keldani, Surp Gregos, Surp Sarkis (Celtic church), Saint George (Kara Papaz), and Catholic and Protestant churches.

The Virgin Mary Suryani Kadim Church is the only one still in use. While the date of its construction is not known, its latest manifestation is the result of an extensive renovation it received in the 18th century.

Islamic buildings are dotted about the city. One of the most significant is Mar Tom, a large church that was converted into a mosque and is known as Ulucami. The original date of construction of Ulucami, situated in the city center, is unknown. Muslim Arabs, who captured the city in A.D. 639, converted it into a mosque, one of the oldest in Anatolia.

Diyarbakir’s houses have a special regional flavor. Homes made of black basalt are closed to the outside. A hall greets you as you enter the front door, followed by a courtyard with a pool. One of the rooms, known as the "eyvan," opens onto the courtyard and is where families spend their summer days due to the intense heat.

The narrow side streets in front of these houses are called "kuce." As the urban population started to grow, the streets became even narrower. These historical houses are being torn down, only to be replaced by apartments.

Even with all the cultural richness of the city, it is hard to say that this legacy is being protected. When you add to this the unrestricted exodus from rural communities, Diyabakir has become a migration center. In a very short period of time, the population of the city has increased to more than 1 million. Naturally, this has had an adverse effect urban life. It appears that it will take a long time to instill a sense of urban consciousness in the people who bring their village life to the cities. 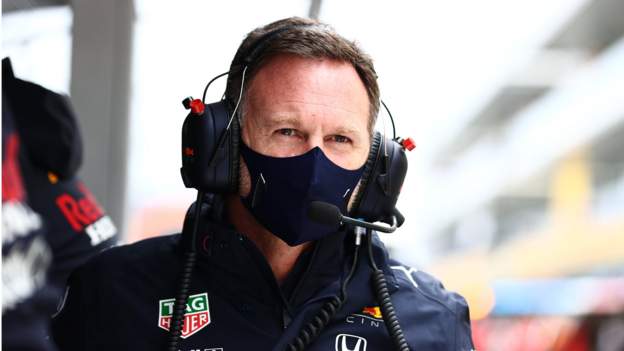