Stoltenberg says “free trade has brought a lot of prosperity and wealth” but that it comes with “a price because some of this trade, some of this economic interaction with authoritarian regimes is undermining our security.”

Speaking Tuesday at the World Economic Forum in Davos, Stoltenberg said the idea that Europe “can buy as much gas from Russia as you want, that’s wrong. It’s dangerous. It provides Russia with a tool to intimidate and to use against us and that has been clearly demonstrated now.”

He warns against any overreliance on commodities or advanced technologies or by allowing foreign control over national infrastructure like 5G networks.

Stoltenberg says, “This is about Russia. But also about China. Another authoritarian regime that does not share our values. And that undermines the rules-based international order.”

Polish President Andrzej Duda says he sees no possibility for neighboring Ukraine to accept any peace terms dictated by Russia or to consent to give any of its territory to Russia.

Duda spoke Tuesday during a geopolitical outlook panel at the annual World Economic Forum meeting in Davos. He says “the mere drive to take revenge and regain what’s theirs is so powerful that I don’t believe that they (Ukrainians) could agree to peace terms that would boil down to the Russians taking again kilometers of Ukrainian land.”

He says the Russians have destroyed so much of Ukraine and the Ukrainians have spilled so much blood defending their country that any politician in Ukraine who would suggest bending to Russia’s demands “would simply be finished.”

Duda says any politician in the West who believes he can persuade Kyiv to accept any of Moscow’s terms is “deeply mistaken.”

Poland has been supporting Ukraine in its fight against Russia through political and defense means, and has accepted more than 3 million refugees fleeing the war.

Speaking at a news conference Tuesday about speeding up the road to “net zero,” Kerry says “we should not allow a false narrative to be created” that the war “somehow obviates the need to move forward and address the climate crisis.”

He says it’s possible to both meet the need of increased energy from fossil fuels in the short term, particularly in Europe, and stay on course to reduce emissions over the coming years.

Meanwhile, the head of the U.N. Framework Convention on Climate Change says the next climate change summit in Egypt in November will be a “pivotal moment” for the planet.

Patricia Espinosa Cantellano says negotiations are over and implementation is starting as an investment in “a better future for all.”

She says governments now need to assess how they can attract the right investments for energy transition.

Spanish Prime Minister Pedro Sánchez says he believes Sweden and Finland will succeed in joining NATO despite Turkey’s objections to their membership.

In an address Tuesday to the World Economic Forum in Davos, Sánchez says that “the political will of the allies is to welcome these two countries.”

He said Spain will “accelerate all the parliamentary processes” to the two Nordic nations important for NATO and European Union stability.

Turkey has objected over what it sees as Finland’s and Sweden’s support for groups it considers terrorists and their block on arms sales.

On the Russia-Ukraine war, Sánchez said it was “imperative that we make every effort to restore food productions, trade systems and achieve food security for the most vulnerable.”

U.S. Secretary of State Antony Blinken recently accused Russia of weaponizing food and holding hostage the grain the Ukraine produces for millions of people around the world. U.N. food chief David Beasley has warned that the war has created “an unprecedented crisis” of escalating food prices that are already sparking protests and riots and growing hunger.

Finland’s foreign minister said at the annual World Economic Forum meeting in Davos that a delegation from his country and Sweden will travel to the Turkish capital amid pushback from Turkey on the Nordic nations’ application to join NATO.

Finnish Foreign Minister Pekka Haavisto said Tuesday during a geopolitical outlook panel that the representatives will head to Turkey on Wednesday for talks.

Turkish Foreign Minister Mevlut Cavusoglu confirmed the negotiations. Turkey is objecting to Sweden’s and Finland’s historic bid to join the military alliance, citing their perceived support to the Kurdistan Workers’ Party, or PKK, and other groups that Turkey considers to be terrorists. Turkey also points to their arms exports restrictions against it.

Haavisto says he understands Turkey has “security concerns” regarding terrorism and that Finland has “good answers for those because we are also part of the fight against the terrorism. So, we think that this issue can be settled.”

NATO Secretary-General Jens Stoltenberg said at Davos that NATO will do “what we always do” and “that is to sit down and address concerns when allies express concerns.”

He says he’s confident that the group will be able to “solve these issues and to agree and then to welcome Finland and Sweden as full-fledged members of our alliance.”

Speakers on a migration panel at the World Economic Forum gathering say the European Union’s response to the arrival of millions of Ukrainian refugees was a stellar example of solidarity. But it also served as a reminder of the need for an overhaul of the bloc’s migration policy.

European Union Commission Vice President Margaritis Schinas said Tuesday in Davos that “this was Europe at its best.”

The exodus of more than 6 million Ukrainian refugees, mainly women and children, prompted the EU to activate an emergency protection system for the first time since its creation in 2001, facilitating access to jobs, housing, education and health care in the EU for Ukrainians.

Negotiations on a new migration and asylum policy in the EU proposed in 2020 have been stalled as member states disagree on whose responsibility it is to take in migrants and asylum-seekers arriving on its shores and land borders irregularly.

Moldovan Prime Minister Natalia Gavrilita says she’s proud of her small country’s reaction to the refugee crisis. It has seen half-a-million refugees crossing from Ukraine since the war began. She says Moldova has facilitated entry for those with expired passports, allowed them to bring pets and hosting displaced Ukrainians in their homes.

But she warned that more long-term help would be needed for Moldova to cope.

Kremlin critic Bill Browder wants governments to step up efforts to get to riches squirreled away by Russian oligarchs linked to President Vladimir Putin by forcing accountants, lawyers and others who set up murky legal and financial structures to become whistleblowers.

Browder, author of the nonfiction best-seller “Freezing Order: “A True Story of Money Laundering, Murder and Surviving Vladimir Putin’s Wrath,” says Russia’s war in Ukraine has raised the focus on how the oligarchs are custodians of the Russian leader’s wealth.

He told The Associated Press on Tuesday at the annual World Economic Forum meeting in Davos that “oligarchs are not naïve.” He says they have lawyers, asset protection specialists and shell companies.

The founder of Heritage Capital, an early investor in post-Soviet Russia, Browder raised the alarm after his Russian tax adviser Sergei Magnitsky died in a Russian prison in 2009.

Browder credited U.S. efforts to put a squeeze on the Kremlin since the war began, by putting a freeze on the assets of Russia’s central bank, chasing the oligarchs, halting exports of technology to Russia and supplying weapons to Ukraine.

But when it comes to getting Russian oligarchs’ money, Browder says “we’re only scratching the surface.”

Citing a “quite radical” solution, Browder says “what would solve the problem … is to force the people who set up these structures, the enablers, the lawyers, the accountants, the trustees under law to become whistleblowers for the government.”

He says such an amendment to money laundering and sanctions laws should come with fines and imprisonment.

The European Union’s top official said the 27-nation bloc should avoid becoming dependent to untrustworthy countries, like it did with fossil fuels from Russia, as it moves toward a greener economy with the need to find crucial raw materials.

Speaking Tuesday at the World Economic Forum’s annual gathering in Davos, European Commission Ursula von der Leyen said the “economies of the future” will no longer rely on oil and coal.

She says the green and digital transitions will increase the need for materials like lithium and silicon metal required for batteries, chips, electric vehicles or wind turbines.

The head of the EU’s executive arm says “we rely on a handful of producers in the world. So, we must avoid falling into the same trap as with oil and gas.”

She added that the war in Ukraine has strengthened Europe’s determination to quickly get rid of Russian fossil fuels. EU countries have approved an embargo on coal from Russia but has yet to find a deal on sanctions targeting oil.

The head of the European Union’s executive arm says Russia’s war in Ukraine should end with a “strategic failure” for the invading country as she pledged Tuesday that the bloc will continue to invest massively in support of the war-torn nation.

In addition to the economic sanctions imposed on Russia and the military aid provided to Ukraine, European Commission President Ursula von der Leyen said the 27-nation EU has proposed over 10 billion euros in macro-financial assistance, the largest package ever offered to a third country.

She said the World Economic Forum’s annual gathering that the EU is “mobilizing our full economic power” and “we will, hand in hand, help Ukraine rise from the ashes.”

Von der Leyen added that reconstruction efforts also should aim to modernize Ukraine’s administration. It will be required if the country wants to join the 27-nation bloc in the future.

She says the reforms should “firmly establish the rule of law and the independence of (Ukraine’s) judiciary” and help tackle corruption.

The World Economic Forum’s annual gathering is resuming for a second day, with business leaders, government officials, representatives from global institutions and journalists gearing up for more panel talks and networking at the exclusive meeting in the Swiss Alps.

Tuesday’s agenda in Davos is packed with sessions on one of the meeting’s key themes — climate change. U.S. climate envoy John Kerry is due to make an appearance.

Meanwhile, outside the conference venue, a Ukrainian activist was planning a street performance to urge foreign energy companies to stop doing business with Russia.

Later, billionaire financier George Soros is hosting a dinner for media — a non-official forum event but a fixture outside the Davos meeting.

Copyright 2022 The Associated Press. All rights reserved. This material may not be published, broadcast, rewritten or redistributed without permission.

Stay up-to-date on the latest in local and national government and political topics with our newsletter. 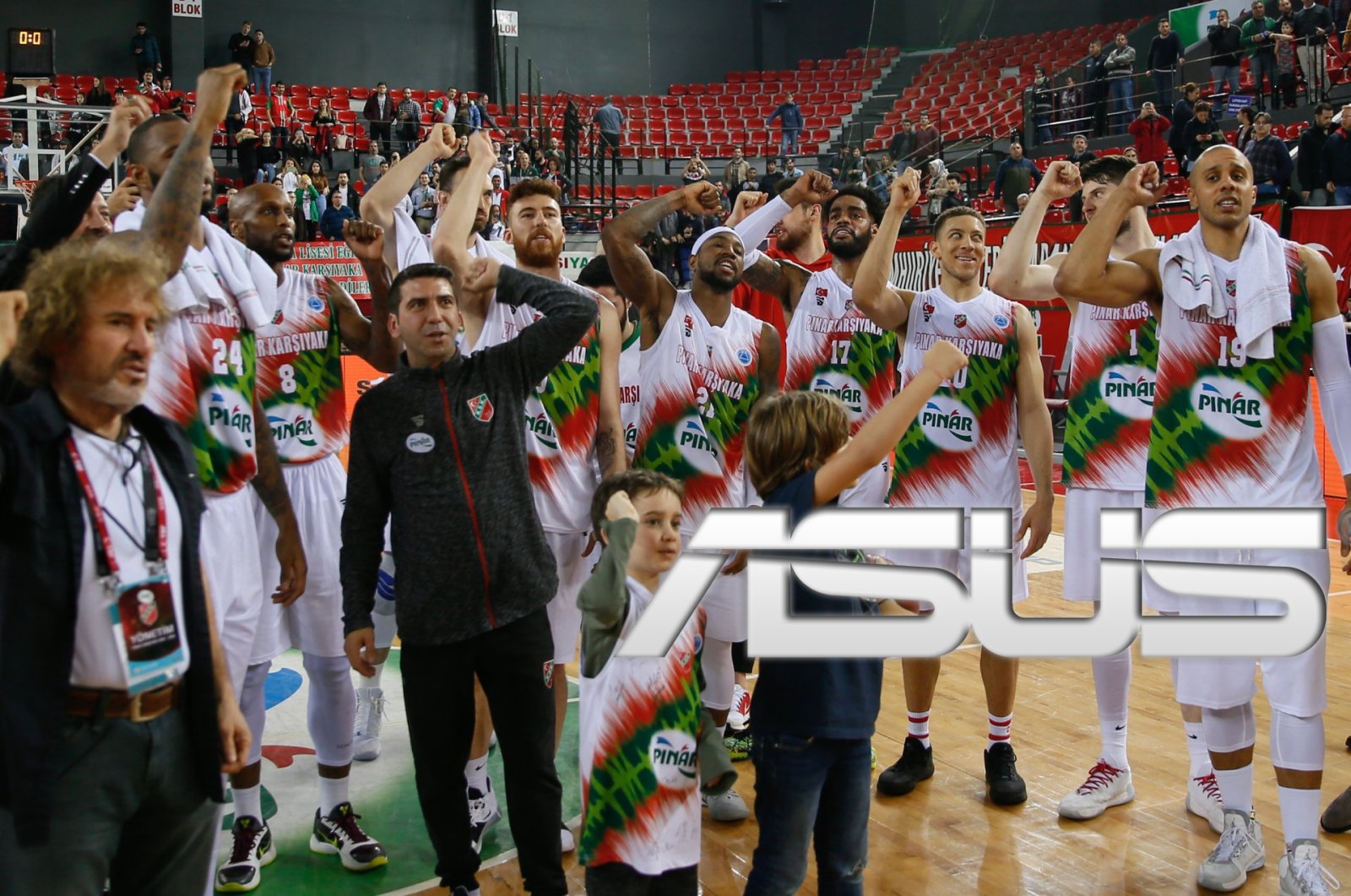