Back in September of last year, Amazon announced a curious looking device called the Amazon Glow.

Part video calling device and part projector, it’s meant to connect kids with distant family members in a unique, dual-screen way: one built-in screen for the remote caller’s face, and another, beamed onto the table below via a not-so-obvious projector, to act as a big ol’ touchscreen for games and books. Everything the kid sees on their tabletop touchscreen is, generally, mirrored on the remote caller’s iOS/Android tablet; when Mom/Dad/Grandma/Grandpa turns the page a thousand miles away, the kid’s page turns too.

But there was one catch with the Glow, at first: if you wanted to buy it, you first needed to get… invited? As part of Amazon’s “Day 1 editions” product testing program, shipments were limited to a selection of users while the company worked out the product’s quirks.

Starting today, Amazon has announced, invites will no longer be necessary. It’s worth noting that the price is jumping from $249 to $299 as it exits the “Day 1” program, but the company had always said that was the plan. That price includes a 1-year subscription to the mostly mandatory (and separate from Amazon Prime) service Amazon Kids+, which provides the books/games for the device, plus 2-years of “worry-free” replacement coverage if the whole thing tumbles off the table and breaks.

It’s also worth noting that Amazon specifies the Glow is now available to all “in the U.S.”; availability in other countries has not yet been detailed.

I checked out an early unit with the help of my 3 year old a few months back — and, despite some to-be-expected bugs and the occasional hard crash, we (plus the grandparents) had a helluva time. Enough so that we bought our own pretty much immediately after sending back the review loaner. It’s still a bit buggy, but it’s gotten better (it’s zippier, and they’ve been adding more games in recent weeks) and my kid still requests we switch to the Glow anytime he sees me FaceTiming his grandparents. 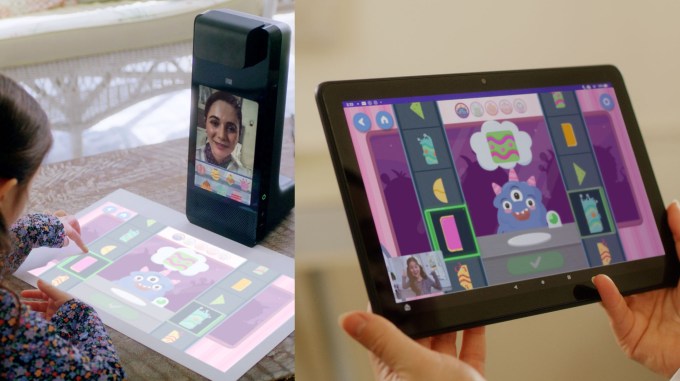 Temasek in talks to back India’s OneCard at $1.5 billion valuation – TechCrunch