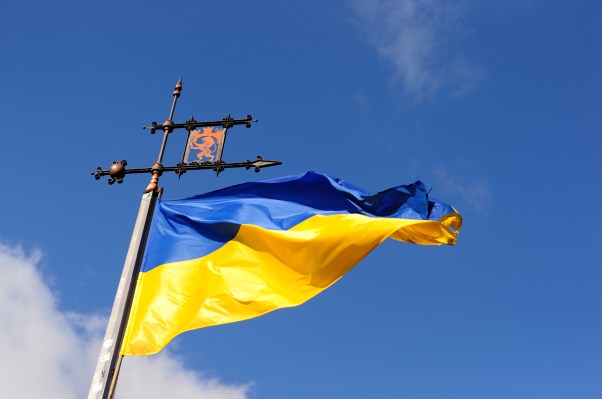 Emmy Gengler is the CEO of Softjourn, a global technology services provider with offices in California, Ukraine and Poland.

“The calls and texts started early, asking for power supplies and tools for fixing engines,” said Katia Ryzha, who lives and works in Ivano-Frankivsk, a small city in Western Ukraine.

Since the war began, Ukrainian soldiers at the front line have requested tools and other hard-to-find items from their friends and colleagues around the country. “Our team coordinated scavenging garages, basements, and tool sheds, as most of these supplies are hard or impossible to find now in Ukraine,” Katia shared.

Katia is the head of the projects and delivery management department of U.S.-based tech company, Softjourn, which has an R&D office and many employees in Western Ukraine. Although we were shocked when the war began, our team managed to unite efforts and organize support to guarantee the safety of our colleagues and their families.

Our team, along with the greater tech community in Ukraine, has been united in helping the war efforts. This includes joining Ukraine’s IT army, planning trips to resupply soldiers on the front lines, and donating money and military gear to the army.

Katia says that while volunteering is important for the war efforts, it is even more critical to fight on the economic front.

Sergiy Fitsak, co-founder and managing director of Softjourn, said, “By working, we’re helping fuel the war effort. Each dollar we earn helps strengthen the Ukrainian economy at a time when it’s critically needed to fund military efforts, provide humanitarian relief to those most affected, protect our communities, and feed and care for our families and neighbors.”

For Katia and many of our colleagues living in Ukraine, working has become an act of resistance. In a similar vein, when companies choose to purchase licenses for products built in the country, or to work with consulting companies that may have part or all of their teams there, they nurture the economy, which safeguards the future of Ukraine.

As members of the global tech community, we are uniquely positioned to help at this critical juncture. Here are three ways you can pitch in:

Continue looking to Ukraine for your IT and tech needs

Prior to the war, Ukraine was home to a $6.8 billion tech industry, according to the IT Ukraine Association. While some companies have had to close or temporarily suspend operations, many are still working and even growing.