Yesterday, we officially announced one more big name for TC Sessions: Robotics. I’ll be speaking with Marty Walsh, the U.S. secretary of labor, at the July 21 event. It’s a bit of a curveball during a day focused on discussions with startups, VC and researchers, but it’s something I’ve been looking forward to discussing for a while.

Walsh was appointed to the position last March by President Biden. Prior to that, he served for 7 years as the mayor of Boston — it’s a combination of roles that gives him a unique position to discuss the impact robotics and automation are going to have on the U.S. labor force going forward.

I anticipate that the folks we’ll speak with at places like Amazon and the three companies on our fulfillment panel (Locus, Berkshire Grey and Fetch/Zebra) will generally agree that these technologies will immediately make work easier for blue-collar employees while creating more jobs in the long run. A question I often bring up during these conversations, however, is what happens to jobs in the meantime?

It’s true that there’s a job crunch at the moment. Many companies are struggling to fill roles due to fallout from the past 2 years. We’re experiencing a tidal wave of automation adoption as a result. But what does this mean for the workforce in the long run?

Are we really prepared for the impact all of this technology is going have on people who don’t, say, have an engineering background? Could the government be doing more in terms of job creation and education? What about older workers who don’t have the time or resources to go back to school and learn how to program a robot?

I’ve got a lot of questions, and if you’re reading this, I’m sure you do as well. I can’t think of many people in this world I’d rather discuss the topic with than Secretary Walsh, given his background in labor; his work in local, state and national legislation; and his personal connection to one of the world’s largest and most vibrant robotics startup communities. I mentioned to a few speakers that he will be at the event, and it seems like everyone in Boston robotics has met the guy at some point. 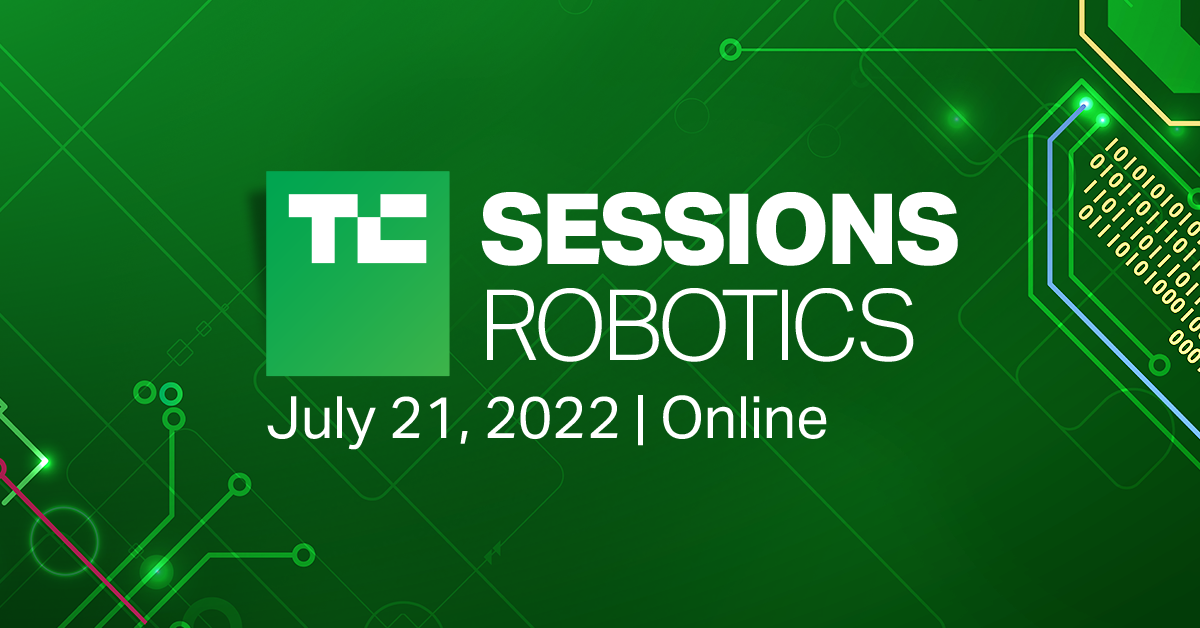 You can register for the event free here. You don’t want to miss this one.

A newsletter or two ago, we spoke about some figures that pointed out how investments continue to grow in the robotics category, in spite of more dire macro VC trends. Here’s some data from the other side of the equation. New figures from the International Federation of Robotics point to some impressive sales growth for industrial automation.

Here in North America, sales for Q1 2022 were up 28%, year over year. That means the growth we’re seeing isn’t just forward-facing. This is happening right now.

A strong recovery of the international robotics markets is currently in progress: “Worldwide installations of industrial robots in 2021 even exceed the record year 2018,” IFR president Milton Guerry said in a release tied to the study. “In North America, first quarter order volumes for both units and revenue were at all-time highs. Across industries, the post-COVID crisis boom creates double-digit growth over the same quarter of last year.” 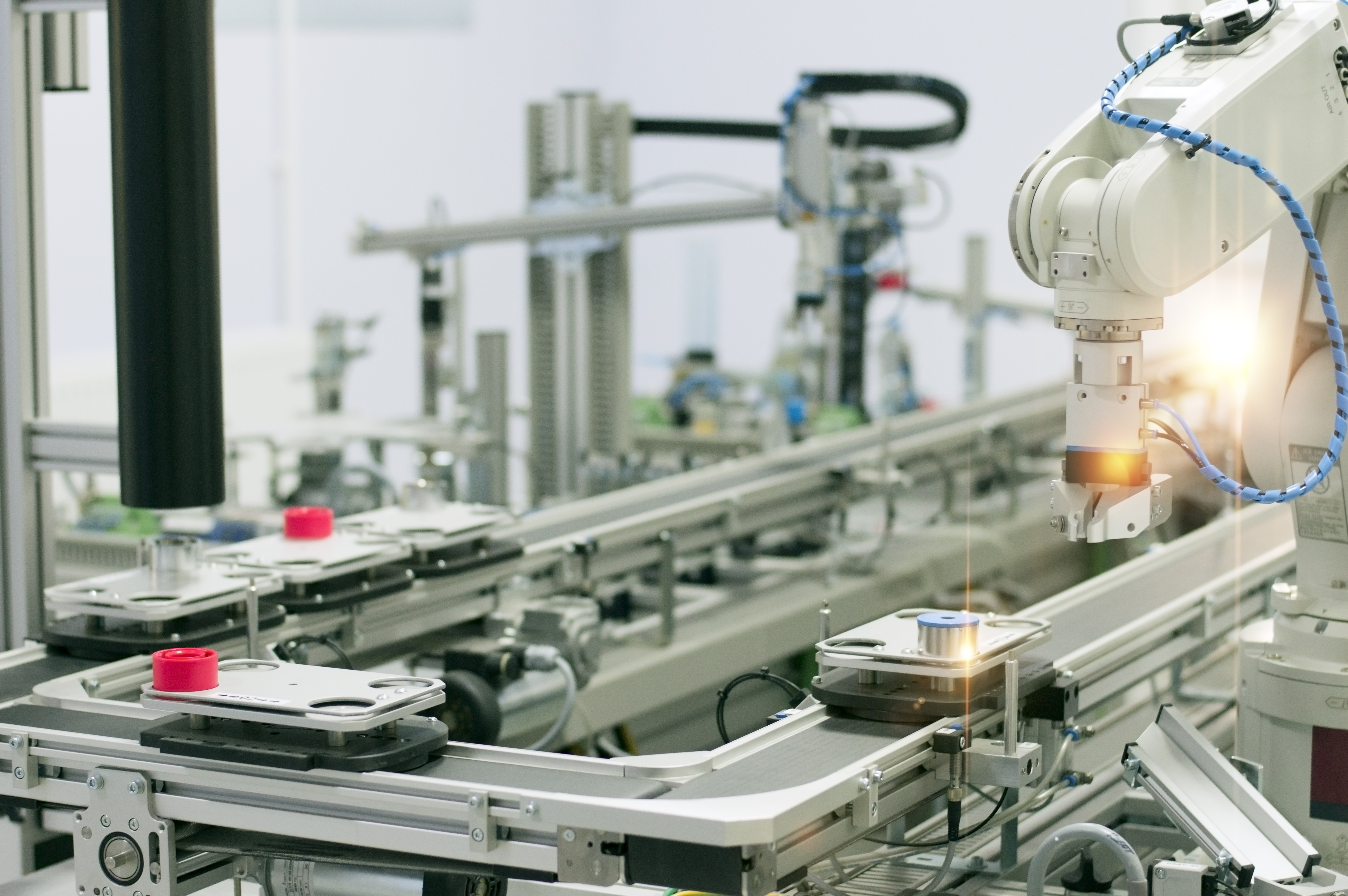 Unsurprisingly, automakers make up a huge number of that total figure, at 47%. Car companies are way, way ahead of the curve here, by a couple of decades or so. Even so, orders are continuing to grow in the category, up 37%, year over year.

In the funding department, FarmWise continues to be one of the more successful agtech robotics firms, both in terms of VC support and viable product. Let’s be honest, we could all use a little more weeding in our life. Earlier this week, the Central Californian firm announced a $45 million Series B, led by Fall Line Capital and Middleland Capital. That brings its total up to $65 million. 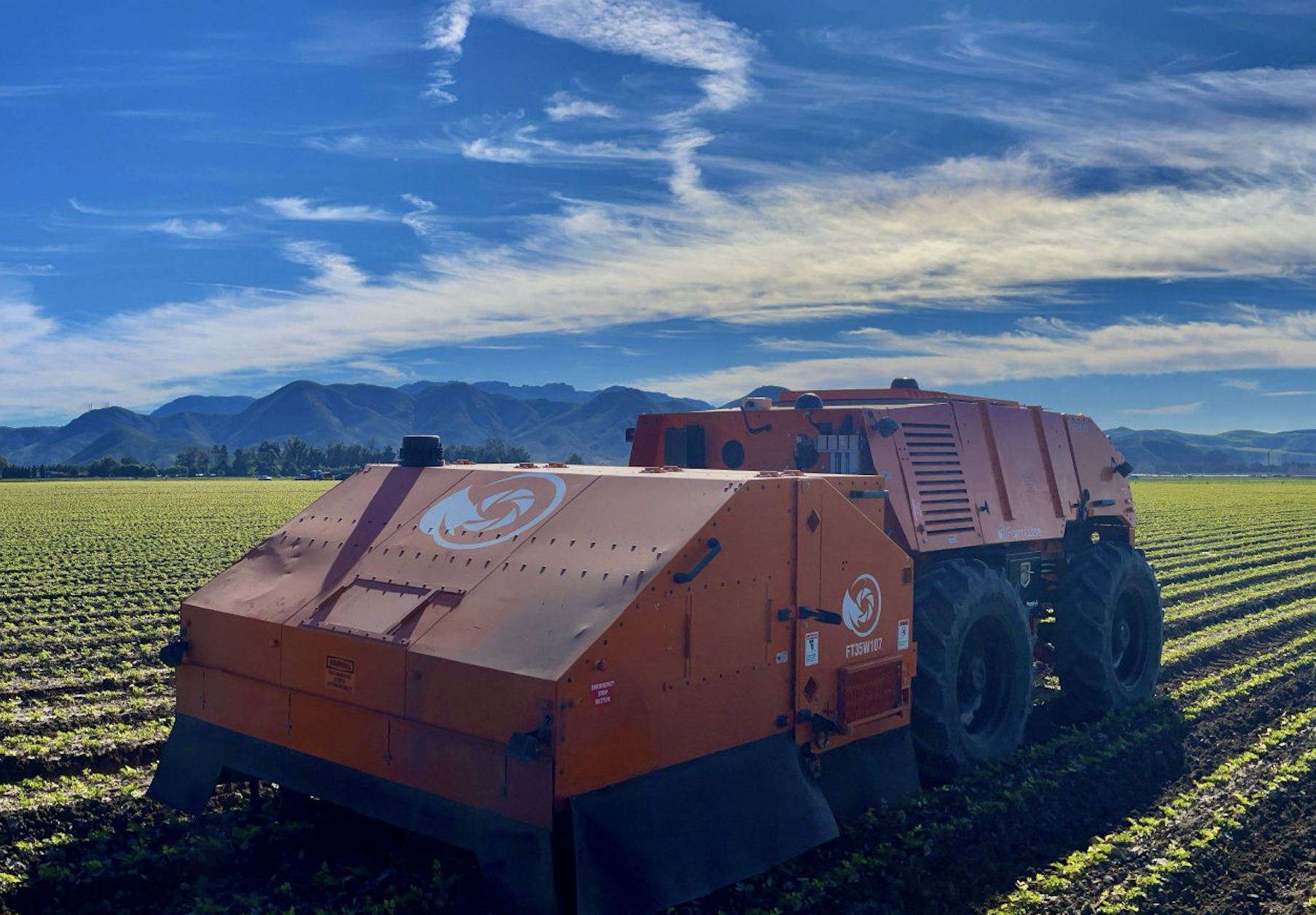 “We started FarmWise with the conviction that farmers should be supplied with cost-effective, sustainable solutions to feed a growing world, and artificial intelligence is the ideal technology to make this a reality,” co-founder and CEO Sébastien Boyer said in a release. “With rising costs in the agricultural industry, we’re continuing to expand our technology to work with many more farmers.”

Thus far, the company’s tech has logged 15,000 commercial hours out in the (literal) field. This funding will go to accelerating the rollout of existing product and R&D on new tech. 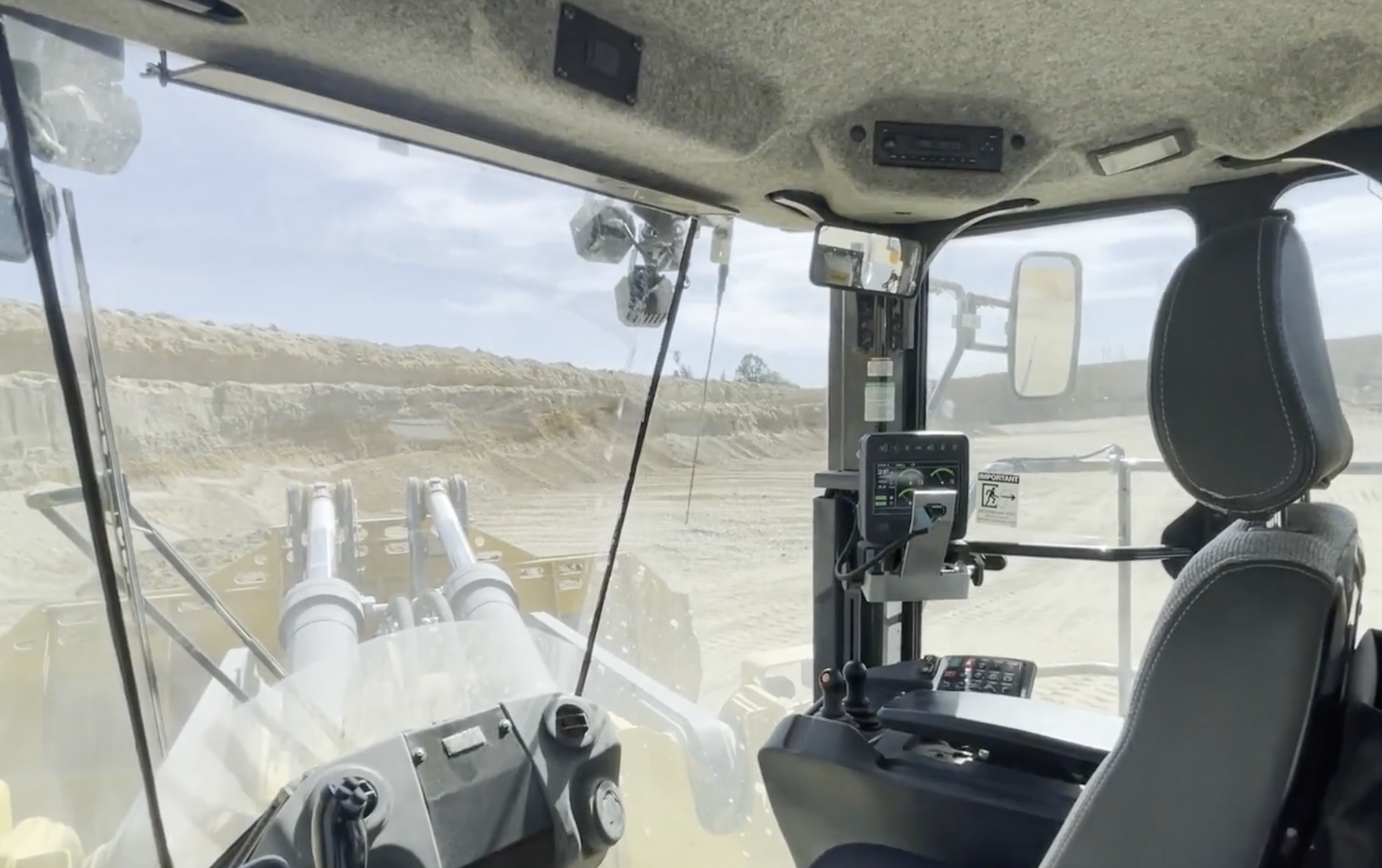 Meanwhile, construction robotics firm Teleo announced a $12 million Series A. The round was led by UP.Partners and featured K9 Ventures and Trucks Venture Capital, the latter of which led the startup’s seed round. As with FarmWise, the money’s going toward deployment of existing tech and development of the company’s roadmap. Specifically, Teleo develops technology that retrofits older heavy machinery into autonomous tech.

“With this Series A funding, we plan to double down on hardening and deploying technology that lets our customers operate their existing fleets of heavy equipment semi-autonomously,” says cofounder and CEO Vinay Shet in a press release.

Interesting piece here from Kyle. Interesting, if not particularly surprising, I suppose. The delivery market is finally coming back down to Earth after 2 years of everyone ordering Uber Eats or DoorDash for basically every meal. The long and short of it is the fallout will be very different from company to company, based on specific models.

“DoorDash seems to work by whacking on fees to all parties to cover the operation costs,” Hoxton Ventures partner, Rob Kniaz, tells TechCrunch. “The ‘quick commerce’ companies [like Gopuff] were competing on price and speed and have lower basket sizes to boot, so it’s much harder for them to reach a breakeven point. I think the model works where you can get away with very high margins and/or delivery fees, but this will never be an everyday, low-price model. It’s a luxury business in my opinion.”

I mention this in relation to what it will ultimately mean for all of the money currently being pumped into delivery robots. Given the sheer number of companies currently operating in that space, it’s probably safe to say that there was bound to be regression, regardless. But if I were a VC firm that’s been making bets on any of these myriad delivery ’bots, I know I would be asking some tough questions right now. 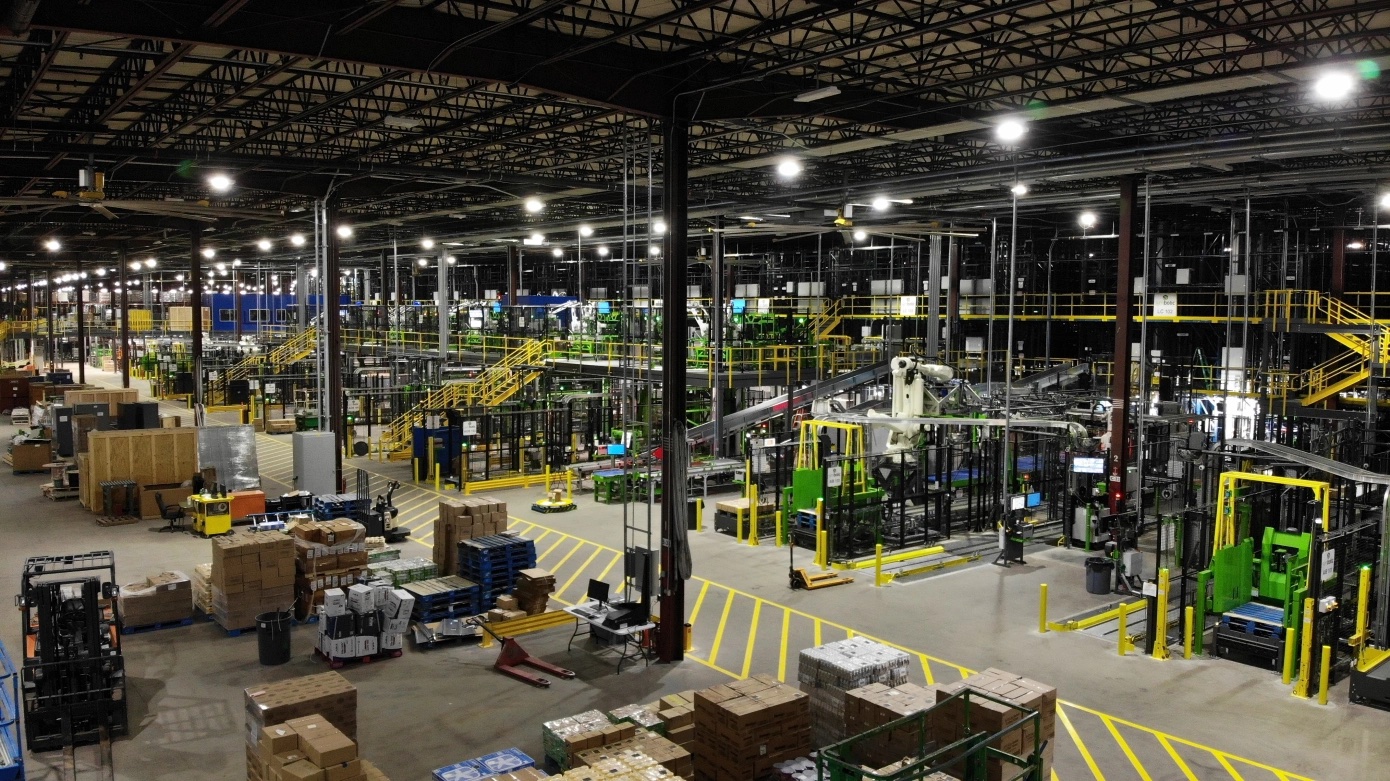 The SPAC world has also seen significant cooling this year (that’s me putting things as nicely as possible, mind) in the wake of some bad impacts on multiple companies going public. It’s not all doom and gloom at the moment, however. Warehouse robotics firm Symbotic was just officially listed on Nasdaq, courtesy of a SPAC with SVF Investment Corp. 3 (some real creative naming there).

Today marks a significant milestone for Symbotic and its employees, and we are excited to accelerate our growth with a truly disruptive technology platform used by some of the world’s largest companies. Symbotic’s long-term partnership with SoftBank and other established investors will allow us to more rapidly scale our operations, introduce new technology innovations, and expand into new markets.

Get Actuator delivered once a week by clicking here. 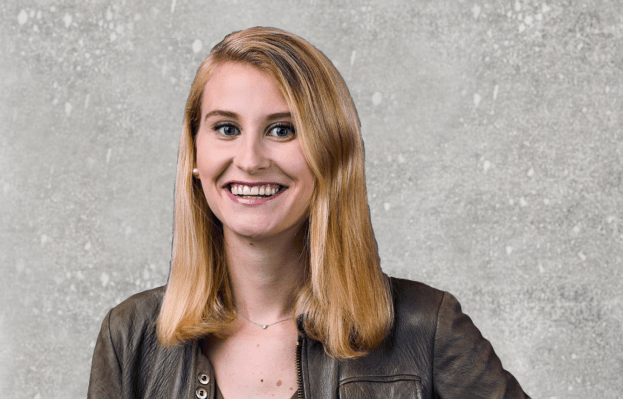 Why web3 companies get hacked so often, according to crypto VC Grace Isford – TechCrunch