KYIV, Ukraine—Russian forces fired a volley of missiles at several cities across Ukraine overnight as negotiators prepared to hold face-to-face talks to end more than a month of war.

Russian missiles struck the Ukrainian capital, Kyiv, as well as the cities of Kharkiv, Lutsk, Rivne and Zhytomyr, according to Ukrainian officials. Russian forces continued to try to push toward Kyiv from the east and northwest, attempting to control key roadways.

Ukraine’s Emergencies Ministry said the strike on Lutsk hit fuel-storage facilities and authorities were still trying to extinguish the blaze. The head of the provincial military administration, Yuriy Pohuliaiko, said the attack had been carried out with cruise missiles launched from neighboring Belarus. There were no immediate details about casualties.

Meanwhile, Russian negotiators were due to arrive in Istanbul late on Monday, followed by a Ukrainian delegation during the night, for cease-fire talks scheduled for Tuesday morning.

The office of Turkish President Recep Tayyip Erdogan said he urged Russian President Vladimir Putin in a phone call Sunday to accept a cease-fire with Ukraine.

Authorities in Kyiv said they were bracing for renewed attacks by Russian forces. “They are preparing for a major push, it’s always like this ahead of big negotiations with Russians,” said a Ukrainian official close to the talks.

The official said the chances of success in cease-fire talks had grown in recent weeks, “from 10% two weeks ago to 50%.”

Turkish Foreign Minister Mevlut Cavusoglu said at the weekend that, to his knowledge, there was a diplomatic back channel between Mr. Putin and Ukrainian President Volodymyr Zelensky.

“I don’t want to go into the details of this process. It seems that they have been negotiating serious issues, serious items,” Mr. Cavusoglu told a conference in Doha, Qatar.

Both Russian and Ukrainian sides had explored several options regarding the venue and format for the next round of talks, people close to the negotiations said, but agreed over the weekend that neutral Turkey would be the optimal location.

However, Western officials see few signs that Russia is willing to see a peaceful resolution to the conflict. “No one thinks there is the chance of a diplomatic solution in the next few days or even few weeks,” said a senior European Union official.

Ahead of the talks, Ukraine’s Deputy Prime Minister Iryna Vereshchuk said humanitarian corridors for evacuating civilians wouldn’t be open Monday after Ukrainian intelligence reported possible Russian attacks. Recent efforts have focused on evacuating civilians from the southeastern cities of Melitopol and Mariupol through Berdyansk and into Zaporizhzhia.

Mr. Zelensky said in an interview with independent Russian journalists at the weekend that he was prepared to talk about neutrality in an attempt to meet one of Russia’s core demands on Ukraine. Kyiv has said it is willing to issue a formal statement eschewing joining the North Atlantic Treaty Organization, in return for security guarantees from foreign partners.

Several minutes before the interview was to be published by the Russian outlets, the country’s communications censor issued a statement forbidding its publication.

“If there is such a reaction, it means we are doing everything right. They’re nervous,” Mr. Zelensky said in a speech on the Telegram messaging app.

He added that the cease-fire talks in Istanbul were important and that Ukraine was still pushing for the West to impose further sanctions on Russia, including the blacklisting of all Russian public officials as well as law enforcement and military elites.

Mr. Zelensky also addressed people in territories currently occupied by Russian forces or on the front line of fighting.

“I want to thank our people in Kherson, Slavutych and other cities who do not stop resisting the occupiers,” he said.

Ukraine is seeking to roll back Russian gains as Moscow shifts its focus to controlling a swath of the country’s south and east.

Ukrainian forces said Sunday they drove Russian troops out of Trostyanets, in the northeast near the Russian border, potentially opening a road to the provincial capital of Sumy, which is encircled by the Russians.

Western officials see signs that Russia is consolidating its position to regain the offensive, and Mr. Zelensky urged the West to provide his army with the heavier weapons it needs to fight the better-armed Russian military.

In the southeast of the country, Ukrainian troops blocked the Russian advance east of Zaporizhzhia and on positions north of Donetsk, according to the Ukrainian General Staff.

In the south, Ukrainian forces are concentrated on the defense of Kryvyi Rih and Mykolayiv. Battles continue in the Cherkasy region south of Kyiv.

Ukrainian air-defense systems repelled attacks in the Kyiv-area districts of Boryspil and Vasilkov, according to a Ukrainian Interior Ministry adviser. Russia’s Defense Ministry said its forces had shot down Ukrainian jets near the city of Chernihiv, north of Kyiv.

Mykhailo Podolyak, adviser to Mr. Zelensky, said the city of Mariupol was subject to carpet-bombing, writing on Twitter late Sunday that Russia had “only rockets, bombs & attempts to wipe Ukraine off the face of the earth.”

The retaking of Trostyanets comes after Moscow, having faced stiff resistance from the Ukrainians in its initial, multifront offensive, said Friday that it would refocus its campaign on the eastern Donbas region, where Russian forces hold a position of strength.

Russian forces have dug into defensive positions in the north and around Kyiv, which they have failed to seize. Russia’s firepower is currently concentrated on Mariupol, a strategically important city linking Russian-controlled parts of the Donbas with territory Moscow has captured in the south.

Retaking Trostyanets “demonstrates that the Ukrainians are able to counterattack, which means Russia can’t assume that once they hold ground they have secured it,” said Jack Watling, an expert on land warfare at the Royal United Services Institute, a British think tank. “That limits the amount of resource they can apply to the place they are trying to take at any one time.”

However, Western officials believe that Russia is now reinforcing in Donbas with fresh troops from the Wagner Group, a Russian mercenary organization, with the goal of encircling Ukrainian forces.

It isn’t clear how well trained these new Russian troops will be and whether they will have access to enough high-grade weaponry to make quick gains against battle-hardened Ukrainian troops there. The new battalion tactical groups come from Russia’s eastern military district, which experts say is the least battle-trained and well equipped. However, refocusing the attack on a narrower front could solve some of the logistical problems that have dogged Russian forces and allow their dominant air power to assert itself.

Western officials estimate that as much as a fifth of the Russian force is no longer combat-effective and that morale is low. But they warn that the war is far from won for Ukraine.

“What we are not seeing is turning the tide, what we are seeing is some individual success,” one official said. The creation of new Russian battalion tactical groups indicates that Mr. Putin is still going “all in,” the official said.

Brig. Gen. Kyrylo Budanov, Ukraine’s head of military intelligence, said Sunday that Russia sought to partition the country by merging territories in the east and south under its control into a single statelet.

“This is an attempt to create North and South Korea in Ukraine,” he said.

In territories under its control, Russia is seeking to establish parallel authorities and forcing people to reject the Ukrainian currency, the hryvnia, Gen. Budanov said.

U.K. Prime Minister Boris Johnson said last week that even if a cease-fire is agreed to, the West must further arm Ukraine to strengthen “the quills of the Ukrainian porcupine as to make it in future indigestible to the Russian invaders.”

“This is just the beginning,” he said. “We must support a free and democratic Ukraine in the long term.”

During a visit to Warsaw on Saturday, Mr. Biden said the Russian leader’s invasion of Ukraine had ignited a “new battle for freedom” between democracies and autocracies. Mr. Biden also called Mr. Putin “a butcher” and appeared to call for his ouster. A White House official later walked back Mr. Biden’s remark, which was dismissed by the Kremlin. A person familiar with the situation said that Mr. Biden’s comments weren’t part of his planned remarks.

French President Emmanuel Macron said Sunday that he wouldn’t have used the same language Mr. Biden did because he is continuing to speak with Mr. Putin, including about a proposal to evacuate civilians from Mariupol.

“We want to stop the war Russia started in Ukraine without going to war,” Mr. Macron said in an interview on French television. “If we want to do that, we can’t escalate through words or actions.”

Asked about Mr. Biden’s remark on CNN’s “State of the Union,” Ukrainian Ambassador to the U.S. Oksana Markarova said, “It is clear to us that Russia is a terrorist state, led by a war criminal.”

—Isabel Coles and Jared Malsin contributed to this article.

Write to Thomas Grove at thomas.grove@wsj.com, Evan Gershkovich at evan.gershkovich@wsj.com and Brett Forrest at brett.forrest@wsj.com 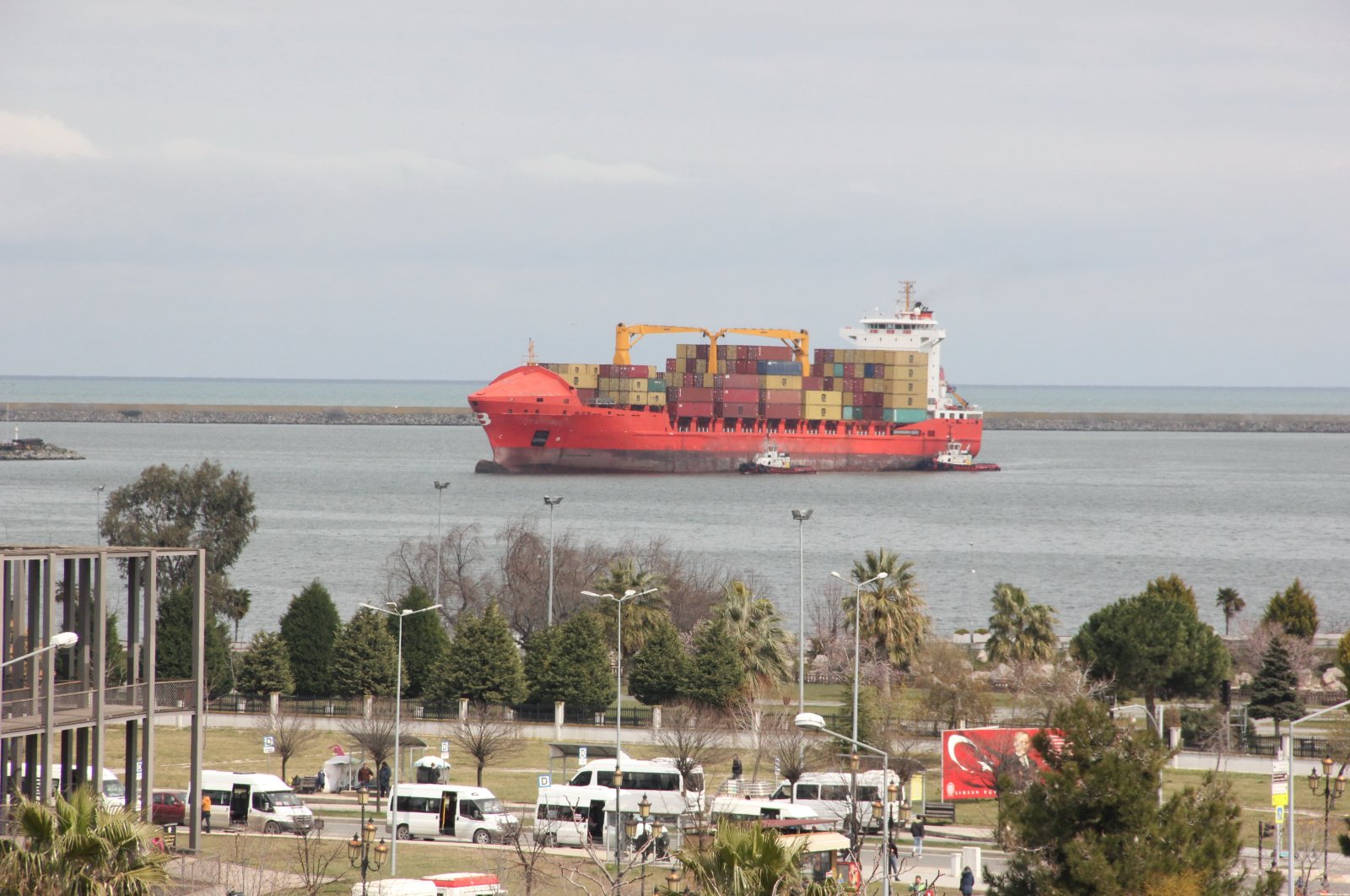 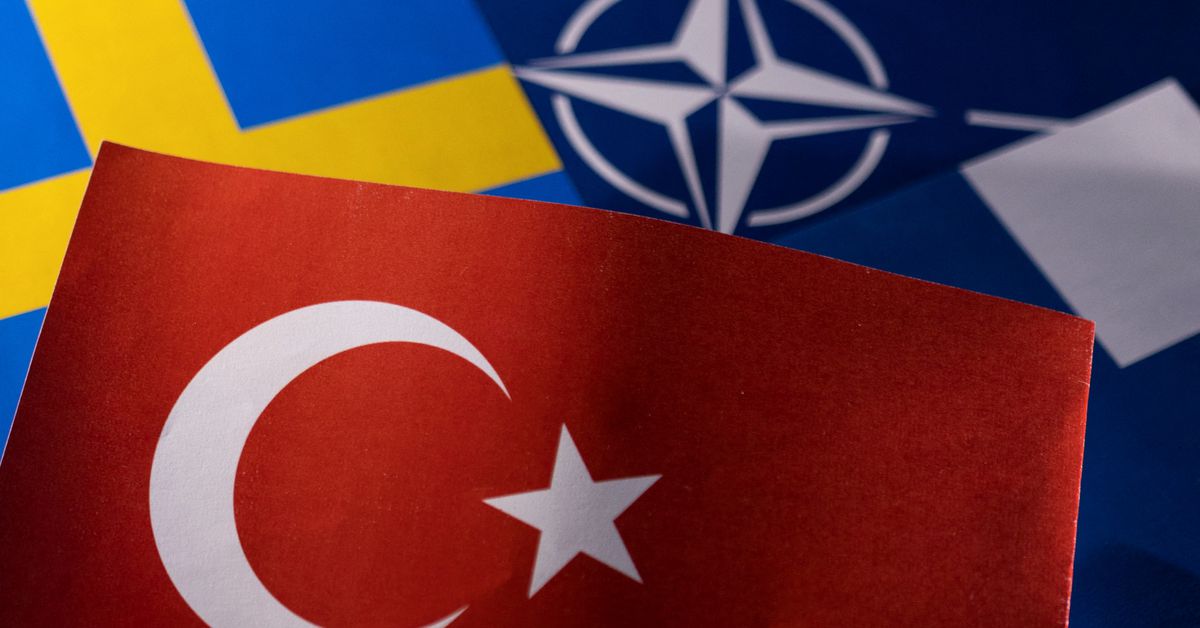 Factbox: Groups at the heart of Turkey’s objections to NATO expansion