Ankara says it is implementing a 1936 pact on naval passage between Mediterranean and Black Sea during war times.

Turkish Foreign Minister Mevlut Cavusoglu has said that his country warned the international community about passing of warships through the country’s straits since the war between Russia and Ukraine started.

He said on Sunday that Ankara has been implementing an international pact on naval passage to the Black Sea. Under the 1936 Montreux Convention, Turkey has control over the Dardanelles and Bosphorus straits that connect the Mediterranean and Black Sea, and can limit the passage of warships during wartime or if threatened.

Turkey has not yet received any requests from any countries for warships to pass the Turkish straits since the Russian-Ukrainian war began last week, Cavusoglu said, in remarks quoted by state-run Anadolu agency.

Kyiv last week asked Ankara to activate the international pact and prevent the transit of Russian warships from the Mediterranean to the Black Sea.

“We have alerted both countries of the region and elsewhere not to pass warships through the Black Sea,” Cavusoglu said. “We are applying the Montreux Convention.”

At least six Russian warships and a submarine have reportedly transited the Turkish straits this month.

Cavusoglu’s announcement came shortly after Turkish President Recep Tayyip Erdogan said on the same day his government would use “authority given to our country by the Montreux Convention regarding maritime traffic in the straits in a way that will prevent the crisis from escalating”.

He reiterated that Turkey will not give up on its relations with either Russia or Ukraine.

“We will not compromise our national interests,” he said, “but we will not neglect regional and global balances. We say that we won’t give up neither Ukraine nor Russia.”

The Bosphorus and Dardanelles straits connect the Aegean (part of the Mediterranean), Marmara (Turkey’s inland sea), and the Black Sea, the latter from which Russia launched an incursion on Ukraine’s southern coast.

A member of NATO, Turkey has sought to balance its Western commitments as well as its close ties to Moscow, and until Sunday, had not described the situation in Ukraine as a war.

Erdogan on Monday said he considers “Russia’s attack on Ukrainian territory as unacceptable” and called for good faith negotiations from all sides. 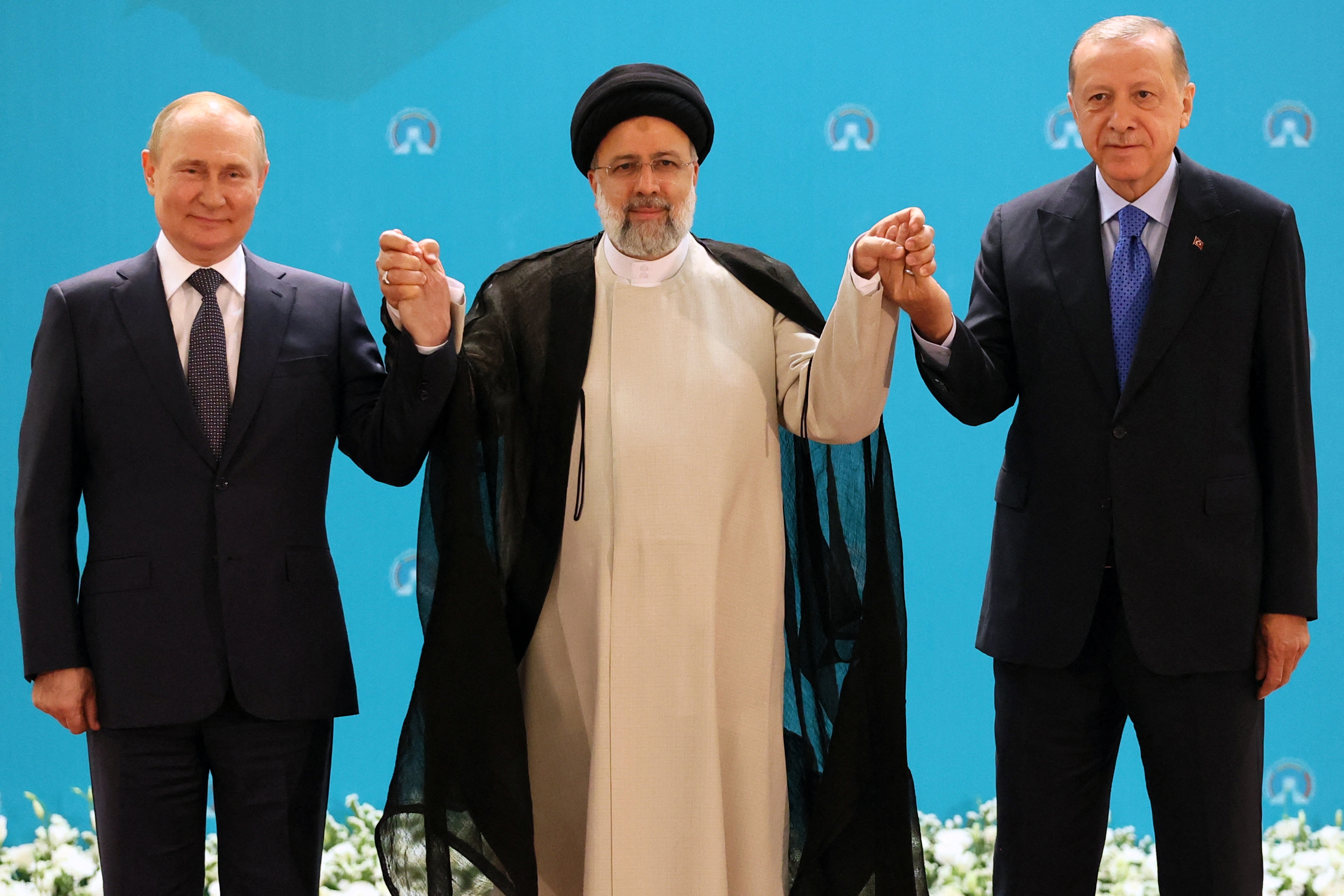 With U.S. absent on Syria, Turkey finds common ground with Russia and Iran