This article is from The Checkup, MIT Technology Review’s weekly biotech newsletter. To receive it in your inbox every Thursday, sign up here.

According to her parents, Ayla Bashir is “a miracle.” The talkative and smiley 15-month-old is also a pioneer—the first person to start receiving medical treatment for her genetic disorder before even being born.

Ayla is the first participant in a clinical trial that will test medical therapies for 10 fetuses with genetic diseases. The idea is that by starting treatment earlier, doctors might have a better chance of providing the eventual children with a better quality of life.

But clinical trials on fetuses raise plenty of ethical questions. How should we be testing treatments on vulnerable fetuses that can’t give consent? And what does this mean for the pregnant person?

Before Ayla was conceived, her parents had already lost two daughters to Pompe disease—a rare genetic disorder that can affect the heart and muscles. Zara died at the age of two, and Sara passed when she was only six months old.

“For this pregnancy, [the parents] were definitely motivated to try to do something different,” says Tippi MacKenzie, a pediatric and fetal surgeon at the University of California, San Francisco, who now studies medical treatments for fetuses. MacKenzie and her colleagues across multiple sites are running a small clinical trial for fetuses with Pompe and seven other disorders.

All eight diseases result from a lack of an enzyme. In the case of Pompe disease, the missing enzyme plays a crucial role in clearing waste products from cells. Without the enzyme, these harmful substances can build up, eventually causing organ damage. Zara and Sara both developed heart disease.

Babies and children with the disease are given what’s known as enzyme replacement therapy, which involves injecting a lab-made version of the enzyme they are missing. This can work well, but sometimes it’s too little, too late. Some children are born with significant organ damage already, for example.

Another argument for starting therapy before birth is that fetuses should be less likely to develop an allergic reaction to the synthetic enzyme. Fetuses have what is known as immune tolerance, and are less likely to mount a strong immune response to something that might be “foreign.”

MacKenzie and her colleagues have been exploring the possibility of fetal enzyme replacement therapy in mice. Now Ayla represents the first evidence it could work in people too, according to her case report published in the New England Journal of Medicine on Wednesday. “This child did not develop any heart disease,” says MacKenzie. Not only has Ayla survived to 15 months, but she seems to be developing typically. She even took her first steps before she turned one.

Treating fetuses is no simple task. Many of the treatments performed today are surgical and aim to correct anatomical problems. Fetuses with spina bifida, whose spines don’t develop properly, might undergo surgery before birth at one of a small number of specialized surgical centers, for example.

These procedures are nothing like performing surgery on a child, says MacKenzie. “Small, delicate tissues, very high stakes, high risk … it’s a very unique field,” she told me. “It takes an enormous amount of training and technical excellence and mental strength.”

Any therapies need to be tested in clinical trials—and trials that involve fetuses present special challenges. I called up Saskia Hendriks, a bioethicist at the US National Institutes of Health, to chat about some of these challenges.

For a start, these treatments are designed to benefit the fetus only; the pregnant person will be undertaking a potential risk with no direct health benefit. And while it’s easy to understand how a parent might benefit from their child’s good health, this is still an important point to discuss with pregnant people entering trials.

During her pregnancy, Ayla’s mother underwent six injections through her abdomen. Doctors used ultrasound to guide the needle to the umbilical vein—the blood vessel connecting the fetus to the placenta—in order to deliver the therapy. These injections carry a tiny risk of infection, premature birth, and even pregnancy loss.

It’s true that we tend to assign a special status to fetuses. As someone who has been pregnant, I know that everyone has an opinion on what people should or shouldn’t do for the health of their fetus, even if it means compromising their own well-being.

There’s potential for pregnant people to feel undue pressure to enroll in trials, and expose themselves to risks for the potential benefit of the fetus. “It could be from internal pressure from within themselves, from their family, or from society,” says Hendriks. I’ve been made to feel guilty for eating doughnuts while pregnant, and even for having a c-section birth. I can only imagine how it might feel to want to refuse a treatment that a doctor says might save the life of a future child.

We know that fetuses are vulnerable. They are also unable to give their consent. “The ethical question is then how much risk is it acceptable to expose the fetus to?” says Hendriks.

There’s an obvious need to keep the risks as low as possible. For MacKenzie, that means trialing only treatments that have already been shown to be safe in children and adults.

Ayla will need enzyme replacement therapy for the rest of her life. In theory, a gene therapy that enabled her to make the enzyme on her own could offer a cure. But MacKenzie is reluctant to try newer or more experimental treatments in fetuses. “There’s so much more data we need to understand the safety and feasibility of prenatal gene therapy,” she says.

Hendriks points out that there’s a balancing act between collecting enough data on experimental therapies and delaying trials of potentially life-saving treatments. “Historically we’ve been really protective [of pregnant people] and fetuses,” says Hendriks. That might not always have been in the best interests of either group. “Excluding them entirely from research means that we don’t learn things about this population that might help them specifically,” says Hendriks.

It’s a tricky one. In the meantime, let’s hope Ayla’s success story is the first of many.

Last year, my colleague Antonio Regalado described how desperate parents are raising hundreds of thousands of dollars to treat their kids with expensive and experimental gene therapies.

Researchers are trying to get a better handle on what happens in pregnancy and when things go wrong, as Amanda Schaffer reports.

Rapid genetic tests can help diagnose some of the sickest babies in time to save them, Emily Mullin reported in 2018.

From around the web

Voters in multiple US states have voted to protect abortion rights. (The Guardian)

My colleague Rhiannon Williams has summarized the highlights from MIT Technology Review’s EmTech event last week, which include presentations on CRISPR for heart disease and the future of exoskeletons.

Kathleen Folbigg has spent almost 20 years in prison since she was found guilty of murder or manslaughter in the deaths of four of her own children. But they might have died from a genetic mutation, say researchers who will present evidence at an upcoming inquiry. (Nature)

Could Europe be about to ease regulations on gene-edited crops? (Financial Times)

A new antibiotic could represent the first new such treatment for urinary tract infections in more than 20 years, according to the drug company behind it. (CNN) 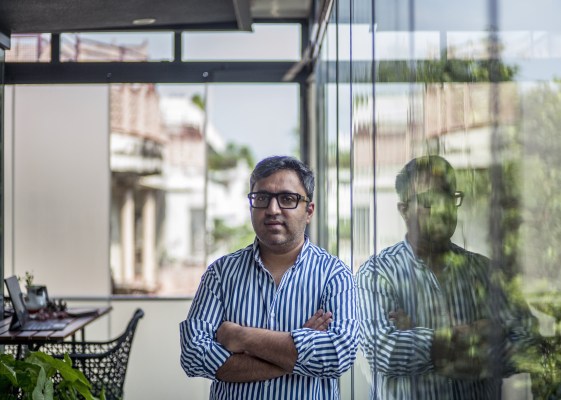