What’s happening: China continues to deploy “snap” lockdowns as it tries to eliminate transmission of Covid-19 within its borders. The policy is hanging over the outlook for the global economy and financial markets, presenting more unknowns as investors scramble to assess the impacts of the war in Ukraine and surging inflation.

Starting Monday, around 11 million residents in the eastern half of Shanghai will be banned from going out for four days as mass testing kicks off. The staggered lockdown will then move to the other half of the city, which has about 14 million residents, beginning Friday.

Market reaction: The announcement sent global crude prices down sharply, as traders bet that the restrictions would reduce demand from a top consumer. China imports about 11 million barrels of oil per day.

Stocks are holding their ground, however. The Shanghai Composite Index ended Monday almost 0.1% higher. The Shanghai Stock Exchange remained open, and said it would offer online services for firms that want to go through the process of listing shares.

How vital is Shanghai? The lockdown in Shanghai is a big deal not just because of the city’s scale, but also because of its deep financial and economic links.

Shanghai accounts for about 4% of China’s economic output, according to Larry Hu of Macquarie Capital. But because it’s a “major hub of the Chinese economy … the indirect impact could be substantial as well,” he told clients.

The lockdown, and uncertainty about what Beijing will do next as it maintains its fierce fight against the virus, is a threat to China’s economic growth target of about 5.5%, already its lowest in three decades.

“China should be able to contain the virus in the next few weeks, as lockdown is effective,” Hu said. “But Covid does pose substantial growth risk in the rest of this year, as lockdown is very costly.”

Consumer spending and China’s real estate sector, which was already under serious pressure, are likely to bear the brunt of the pain.

On the radar: Outside China, the big question is whether manufacturing and shipping will be affected, adding to strain on global supply chains and further boosting prices.

Shanghai’s main ports are operating normally, according to state media. And during a lockdown in the southern Chinese city of Shenzhen earlier this month, manufacturers shifted operations to other parts of their network to limit the impact of the temporary rules.

“The impact on manufacturing activities will likely be manageable, especially if such lockdowns are short and sporadic,” economists at Bank of America said in a recent research note.

But there will still likely be disruptions. News outlets are reporting that Tesla will suspend production at its Shanghai factory for four days.

Turbulence in the bond market is growing as investors wager that the Federal Reserve will need to get more aggressive at its upcoming meetings in order to get a handle on soaring inflation.

The latest: Yields on five-year US Treasury notes, which move opposite prices, rose above those of 30-year bonds Monday. The unusual inversion can signal an economic recession, since it indicates that investors are more nervous about the immediate future than the longer term.

Wall Street has been betting that the Fed may need to hike interest rates by 0.5 percentage points, a bigger-than-usual move, multiple times later this year. That risks sending the economy into reverse.

There’s plenty of debate about how much investors should read into the inversion, given how years of unprecedented support for the economy from central banks may have distorted traditional recession indicators.

And the yield on the two-year Treasury note has yet to rise above that of the 10-year note, another pair that is closely monitored.

But the rockiness is a sign that investors remain on edge, even as some confidence returns.

The CNN Business Fear & Greed Index is now back in “neutral” territory. One month ago, it was producing a reading of “extreme fear.”

Mention the Oscars, and it’s probably to talk about Will Smith, who smacked comedian Chris Rock across the face on Sunday shortly before winning the award for Best Actor.

But it wasn’t the only drama to play out the glitzy show. When Apple TV+’s “CODA” won best picture, it was a first for a streaming service.

The moment was the culmination of years of lobbying by streamers to be taken seriously by the Hollywood establishment as they battle for subscribers.

Step back: Apple TV+ isn’t the company’s cash cow. But subscription services have become increasingly important to the tech giant.

Apple said in its most recent earnings report that it now has 785 million paid subscribers across offerings like Apple TV+, Fitness+ and Apple Music, a jump of 165 million over the past 12 months.

“In terms of how we’re doing with TV+, we’ve been honored with 200 wins and 890 nominations,” CEO Tim Cook said in January. “We’re doing exactly like we had wanted to, giving storytellers a place to tell original stories, and feel really good about where we are competitively.”

Cook tweeted his congrats to the “CODA” team for its “historic wins” at Sunday’s ceremony.

That’s not all: Apple’s victory was also a vindicating moment for rival Netflix (NFLX), which has been steadily chipping away at industry resistance to honoring its biggest films. Jane Campion, who directed Netflix’s “The Power of the Dog,” took home the award for best director. 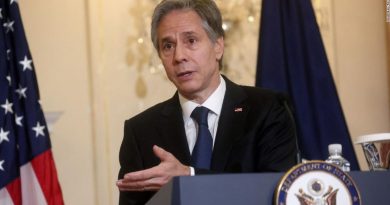 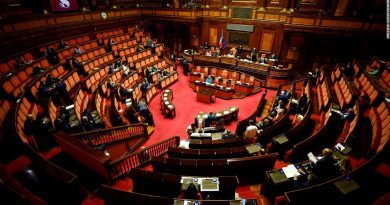