Al-Jadidah, Syria – Seven civilians, including four children from one family, have been killed in a Russian air attack in northern Syria’s opposition-held Idlib province, according to the Syrian Civil Defence, also known as the White Helmets, as well as family members and medical staff.

Friday’s attack on the village of al-Jadidah, near the city of Jisr al-Shughour, also injured 12 others, including eight children.

The attack is the first of its kind in months, and has disturbed the relative calm the area, which lies away from the region’s front lines, has enjoyed recently.

A local monitor told Al Jazeera that two Russian Su-34 planes had targeted the area with four air attacks in the early hours of the morning. The Britain-based Syrian Observatory for Human Rights also said that Russian aircraft had conducted four strikes.

Munir al-Mustafa, the deputy director of the White Helmets, said that the group’s teams in the area had found seven bodies and transferred 12 injured people to a local hospital, adding that the attacks hit a chicken farm and a displaced family’s home on the outskirts of al-Jadidah.

“It took almost three hours to take the victims out from under the rubble, while the Russian planes were still flying in the sky, and the possibility that they would target the rescue teams,” al-Mustafa told Al Jazeera.

Ahmed al-Khatib, a surgeon at the local hospital in the village of al-Qaniyah, confirmed that the hospital had received 12 injured people, mostly children, and that seven people had died, including the four children, who were between one and seven years old.

The four bodies of the children, two girls and two boys, lay on the floor of the hospital wrapped in blankets, the girls’ hair still tied with red hair bows.

Family members of the victims could not believe what had happened.

One of the relatives of the children sat in tears next to their bodies, struggling to understand why the attack had taken place.

“What did these small children do? Were these sleeping children terrorists?” the man, who did not give his name, asked, while also calling for justice.

Ahmed Abdul Hayy, a 36-year-old originally from government-held Hama province, said that his home was hit, and that some of his family members had been killed in the attack.

“We were trying to find somewhere safe for our children and our families, but the third strike hit my home directly and killed my nephew, and injured three of my children,” Abdul Hayy told Al Jazeera, who said the youngest injured child was only two and a half. “It was a terrifying experience, it was very difficult to see my children injured. The minutes it took to transfer them to the hospital felt like hours.

“We moved here from Hama because it is relatively safe as the people are Christians, but it seems that Russia and [Syrian President Bashar] al-Assad kill everyone on the opposite side,” Abdul Hayy added.

“Parties to the conflict have a responsibility to ensure that civilians are protected,” Cutts said. “Attacks on civilians and civilian infrastructure must stop.”

Syrian government attacks in Idlib had been focused on the area of Jabal al-Zawiyah in the south of the province.

In recent weeks the intensity of shelling has increased between government and opposition forces across front lines in Idlib, and a recent attempt by government forces to advance in Maarat al-Naasan, in the east of Idlib.

The uptick in violence comes as Turkey continues to insist that it will carry out a military operation against the mostly Kurdish Syrian Democratic Forces, despite opposition from the Syrian government, as well as Russia and Iran.

A 2011 uprising in Syria turned into war after the government responded violently to the country’s protest movement.

Russian intervention on the side of the government in 2015 turned the tide of the conflict, with Idlib now the only largely opposition-held province.

The war has killed more than 300,000 civilians, according to the UN. 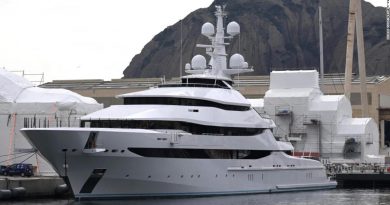 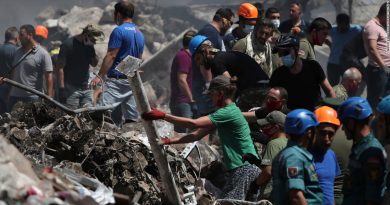