Nationalism was a latecomer to Ottoman Turkish history. The empire could only keep itself intact if it adopted a multi-national policy that allowed self-rule to dependent peoples, hence nationalism had to be avoided. It was only in the 19th century that subject peoples fought for independence in Eastern Europe and in the lands populated by Arabs. Each nationalist struggle against the Ottoman state found a supporter or sponsor in the Western world; the only exception was the Armenians and Tsarist Russia, who backed their quest for independence in eastern Anatolia. Both of these factors worked against them: Eastern Anatolia was far from Western Europe, and the Russian troops that occupied eastern Turkey left after only 40 years following the 1917 Bolshevik Revolution. Armenian nationalism was left prone to the retaliation of Turkish nationalism fostered by the Young Turk government of the time.

Learning what it was to fight for the nation with the intention of establishing a national state rather than fighting for the sultan, who owned the land, the soldiers and intellectuals of the late Ottoman period conceived nationalism in an imperial context. This ensuing nationalism that led to the creation of the Turkish national state was conceptualized in a global context where the Ottoman state was among the players, albeit a weak one. So the first nationalists who began to spread their ideology preceding the first world war sought the place of Turks and Turkey in the world, not only in their own lands; we can call this “greater or maximalist Turkish nationalism.” If a multi-national (Ottoman) empire collapsed, there were enough Turks in and outside of Turkey (Asia) to create yet another Turkish imperial entity, not a cosmopolitan one as it was.

However, Ataturk killed the imperial ambitions of the Young Turks, who led to the demise of the Ottoman Empire and fled the country. He channeled the nation’s energy into creation of a national state in the homeland. Turkish nationalism turned inward to create a solidaristic modern nation rather than harboring imperial appetites from the moment of the establishment of the Republic of Turkey in 1923. For Ataturk, the founding father of the republic, nationalism was more about a deep patriotism aimed at elevating the nation to the level of contemporary civilization. Consistent with the ideological breadth and depth of the original nationalist, he wanted to place Turkey on the world map as an effective and revered nation-state. However, his followers failed to successfully fashion the tools to make Turkey a global actor. Following the zestful first decades of the republic, nationalism became an introverted defense ideology colored with a populism that was upheld by the state’s distribution of favors and patrimonial protection of the uncompetitive pre-modern masses. Rather than nurturing an ideology to strengthen the nation, nationalism became a source of legitimization of state patrimony over a nation of dependents who saw the state as their protector and provider.

Increasingly an ideology of dependence for the more humble social cohorts of the state, nationalism became a minimalist ideology of exalting the state over the society/nation. As it is, nationalism is not an ideology of the bourgeoisie who look for grand ventures in the world but rather a defensive ideology of the lower classes that are apprehensive of pluralism, modernization and globalization. This may be called “lumpen nationalism” due to the character of its adherents. Hence Turkish nationalism today is laden with a suspicion of the differences of the outside world and anxiety over any change that is not internally generated. Its primary concern is the security of the state rather than the individual citizen and its basic rights. As long as the masses live in poverty and ignorance, they will seek the protection of the state, hence they will seek to protect their stubborn nationalism, and the exalting of the state will continue. If the state fails as a distributive system, if it fails in its provision and protection of the masses, this lumpen nationalism will turn to communalism, the worst form of which is fanatic religious extremism as seen in Sharia regimes.

The outcome is quite bleak. In defense of Turkishness, meaning the official definition of citizenship in Turkey, other ethnic or cultural identities have become the “other.” The insistence of incorporating Kurdishness into Turkishness, rather than uniting them in the general framework of citizenship, has created two conflicting nationalisms. Rather than creating a citizens’ synergy, Turkish nationalism and Kurdish nationalism have been sharpened against each other like two blades. Turkish nationalism has become even more narrowly focused in recent years as an antithesis of Kurdish nationalism; this has come about in defense of the unity of the country and the “nation” that is defined as Turkish. Such nationalism is indubitably xenophobic and authoritarian. How, then, can it be the political vehicle to make Turkey become a global or even a regional actor?

Kurdish rebellion made Turkish nationalism even more ethnocentric. Additionally, the U.S.-led invasion of Iraq and intentions of regime change in Iran and Syria contaminated Turkish nationalism with anti-Americanism as they evoke fears of possible scenarios for Turkey.

There are enough conspiracy theorists among the statist guard and nationalists to amplify fear and suspicion of the “imperialists.” When one of my graduate (doctoral) students mentioned “EU imperialism” as if it were a matter of fact during a presentation she gave in class, I was awestruck. She was even more confused when I asked her for concrete proof of this so-called imperialism. It was too obvious for her to find supporting evidence. What have we done wrong? Where did we go wrong in rearing such a paranoiac generation? Is foreign policy really a conspiracy of imperialist scheming? Or have we denied ourselves the knowledge and instruments of understanding to see ourselves as members of a greater contemporary world, a world we have come to fear so much? I am honestly confused. 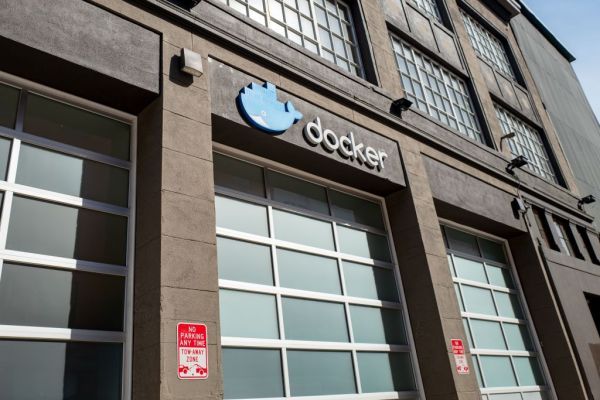 As Docker gains momentum, it hauls in $105M Series C on $2B valuation – TechCrunch

American troops have clashed with PKK

Schroeder warns on battle with Turkey