Prince Charles has privately described the British government’s plans to deport asylum seekers to Rwanda as “appalling”, two media reports said, as the first flight taking refugees to the East African country is due to leave next week.

Charles, heir to the British throne, has been heard criticising the policy, The Times and Daily Mail newspapers reported.

He is reportedly concerned that the controversial asylum policy will overshadow a Commonwealth summit in Rwanda where he is due to represent his mother Queen Elizabeth at the end of this month, The Times reported.

“He said he was more than disappointed at the policy,” a source told The Times.

A spokesperson for Charles did not deny he had expressed personal opinions about the policy in private.

“We would not comment on supposed anonymous private conversations with the Prince except to restate that he remains politically neutral. Matters of policy are decisions for government,” the spokesperson said.

The British government announced in April it had struck a deal to send potentially tens of thousands of asylum seekers to Rwanda in a bid to undermine people-smuggling networks.

Up to 130 asylum seekers have been notified they could be sent to Rwanda and lawyers for almost 100 had submitted legal challenges asking to stay in the UK. At least 30 individuals are still set to be removed from the country next week.

The government overcame a legal challenge to the policy on Friday as a judge dismissed campaigners’ attempts to win an injunction. It said the first flight could leave on Tuesday.

The court also granted permission for human rights groups to appeal the decision – a move expected to take place on Monday.

Under the UK’s unwritten constitution, the royal family should remain politically neutral. Queen Elizabeth has steadfastly kept her opinions to herself during her seven-decade reign.

Charles, in contrast, has expressed views about subjects close to his heart such as nature conservation, architecture and genetically modified crops.

Reporting from London, Al Jazeera’s Nadeem Baba said that the UK government could face further legal challenges to its plan.

“It could still be facing a wider judicial review into whether Rwanda is in fact a safe country to send vulnerable people,” he explained.

Sending asylum seekers to Rwanda was considered “unethical and un-Christian” by many, Robertson said from London, adding that the legal challenge is far from over.

“It’s a very controversial policy and it’s wrong that it should be decided in a day. It’s going to need, and I suspect will receive, a good deal more consideration from the courts,” he said.

UN officials and refugee groups have criticised the plan as unworkable and inhumane, saying those facing being sent to Rwanda include people fleeing Syria and Afghanistan who arrived in the UK across the English Channel on small boats.

Baba said that the first stage of the plan has involved the UK paying more than $150m to the Rwandan government, in hopes that the plan would deter people from crossing the English Channel from France in small boats.

More than 28,000 migrants and asylum seekers entered the UK across the Channel last year, up from 8,500 in 2020. Dozens have died, including 27 people in November when a single boat capsized. 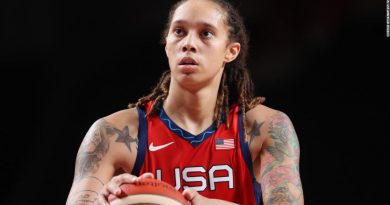